Jane Austen a polite, safe read? Not according to U of T’s Tom Keymer 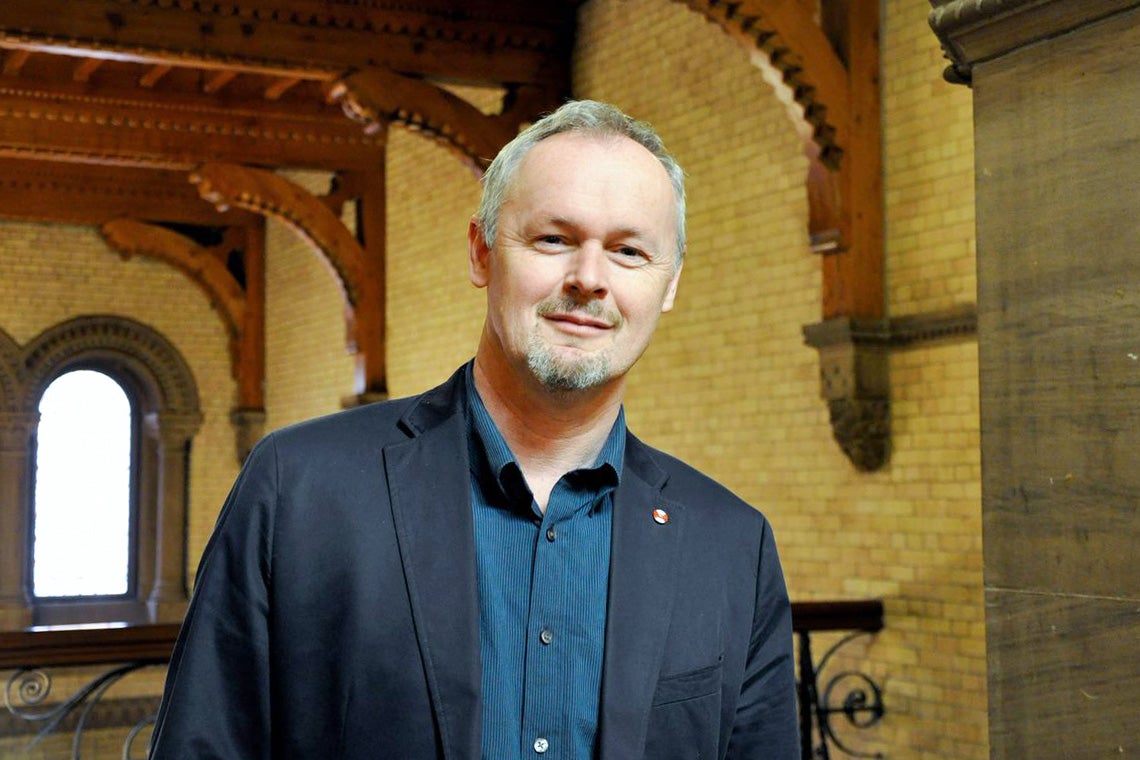 Tom Keymer, a U of T University Professor of English, recently wrote a book about Jane Austen that explores her work and, among other things, whether she should be considered a conservative or radical writer (photo courtesy of Tom Keymer)

It’s difficult  to imagine the original manuscript of Jane Austen’s Pride and Prejudice being used as kindling for a fire, tossed into the flames one by one. But the University of Toronto’s Tom Keymer says it’s a likely scenario.

Why? Austen wasn’t a celebrity author in her time – and manuscripts, once printed, were typically discarded.

“Just think of how much it would be worth now,” he says.

Keymer – a University Professor and Chancellor Jackman Professor of English at in the Faculty of Arts & Science’s department of English – recently wrote his own book about Austen’s work and hopes.

It’s titled Jane Austen: Writing, Society, Politics and Keymer hopes it sparks even more interest in the influential writer whose books are still adored and continue to be the inspiration for movies, television series and just about every other form of entertainment.

“I wasn't writing completely in my comfort zone,” says Keymer, whose previous book, Poetics of the Pillory, was about 17th- and 18th-century censorship. “And I think that can help when you're pushing yourself into slightly new territory.” 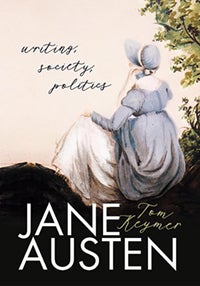 Jane Austen: Writing, Society, Politics introduces Austen’s six major novels, exploring key themes of her work, narrative techniques and the social and historical context of her fiction. He also touches on her relationship to the writing marketplace of her time, noting “although she's one of the world's most popular classic authors, she found it very difficult to get into print. It took her at least 15 years.”

“It's a short book and I’m trying to reach out to address a much broader audience,” Keymer says. “The idea is to give a general introduction to as many aspects of Jane Austen's writing as possible. But at the same time, I’m also trying to add to scholarly debates as well.”

One of those debates is whether Austen can be categorized as a conservative or radical writer. In many ways she’s both, according to Keymer.

“She writes novels with happy endings which can be seen as reaffirmations of the social status quo,” he says. “The heroine gets married, her identity is absorbed into that of her upper-class land-owning husband. And it seems to be a reaffirmation of a hierarchical society.”

But Keymer feels it’s a misconception that [Austen's] a polite, safe read. Writing in the wake of the French Revolution, she blends her own subtle statements and views on society, relationships and even politics with literary trends and traditions that enabled her work to be published.

“She walks that tightrope, but like any novelist she’s able to think in multiple ways at the same time,” says Keymer. “I think she is very conflicted. She is very divided. She's got genuine conservative impulses. She's got genuine radical impulses, and they're coming together in tremendously interesting ways.”

Equally alluring and enduring is her ability to speak to readers about the constraints of society for women.

“She gives you these full and compassionate views of women in disadvantaged social and economic circumstances, trying to navigate their way through them – often in very highly regulated societies, confronting conventions and expectations that prevent her characters really achieving much freedom of movement.”

Austen paints a distinctively 18th-century picture of how women should conduct themselves and of the barriers they face. For example, women would rarely inherit property and remained dependent on male relatives if unmarried with few career possibilities.

“These are all things that characters find ways of dealing with, and Austen finds ways of writing about,” says Keymer. “And that's something that I think speaks to readers and speaks to young readers in societies all over the world.”

The world’s love affair with Austen’s work continues. More than 20 movies have been made that are based on her books. Anyone who has seen the 1995 movie Clueless watched an adaptation of Austen’s novel Emma.

While some movies closely follow Austen’s plots and characters and attempt to be historically accurate, others take far-reaching artistic liberties such as the 2016 horror film Pride and Prejudice and Zombies. Keymer personally found the YouTube video Jane Austen’s Fight Club very funny.

As for books, there’s the 2009 parody novel Sense and Sensibility and Sea Monsters and the 2009 novel Jane Bites Back with Austen returning to modern day as a vampire. And if you enjoy reading Austen with a beverage, there’s Gin Austen: 50 Cocktails to Celebrate the Novels of Jane Austen.

“There are a lot of these very amusing things,” says Keymer. “It’s a sign of her incredible popularity that you can sell something just by arbitrarily yoking the idea to Jane Austen.”

In fact, there are few writers from 200 years ago, Keymer says, that continue to have such a massive global following – and an audience that continues to grow.

“And that's why she's such a pleasure to teach,” says Keymer. “She's such a great thing for undergraduates to work from because there are so many little nuances and these clever little ticking time bombs in Austen that will suddenly go off.

“Even though there are only six novels – she died in her early forties so it’s a limited corpus – it’s so rich. There's so much still to discuss and debate.”