Is it time to change the student transcript? University leaders meet at U of T to discuss possible enhancements 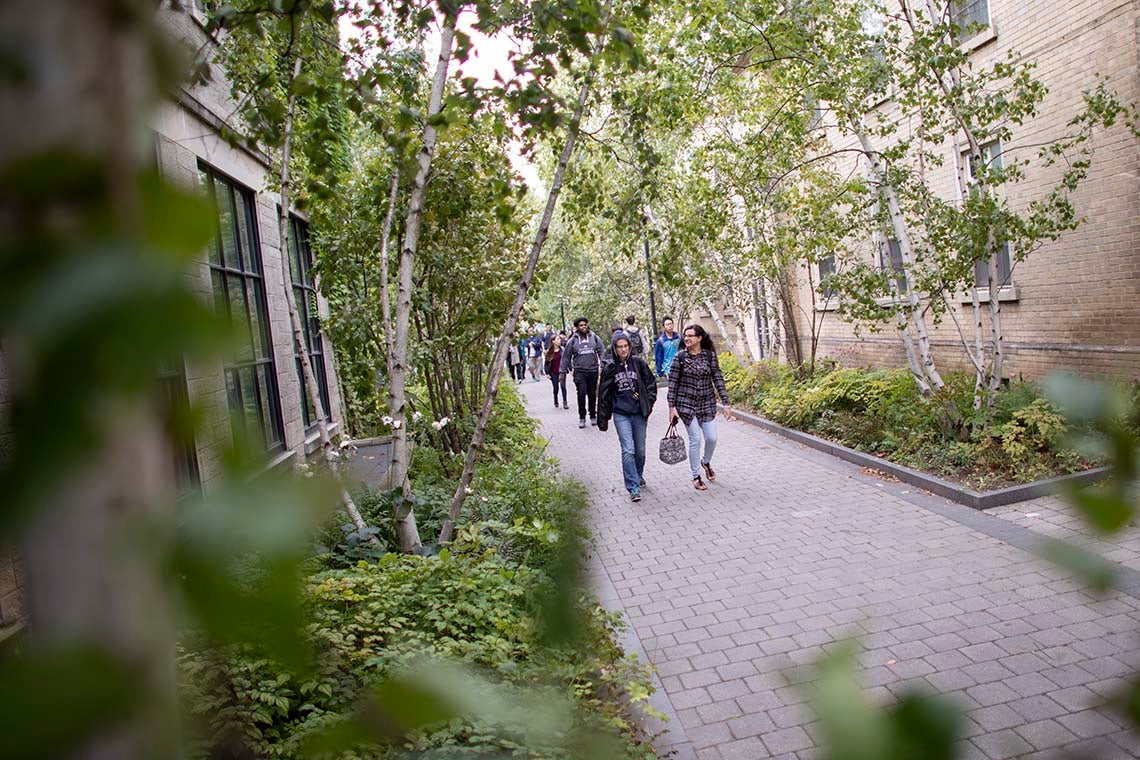 Consider the student transcript: For more than a century it has been a paper record of a student's academic achievements – documenting courses completed, grades attained and degrees awarded.

But the transcript of the future could be different. University leaders from around North America will gather at the University of Toronto next week to discuss changing academic transcripts, in light of improvements in technology as well as curriculum innovations that include unique study and learning opportunities.

Registrars and academics from top institutions attending the meeting will focus on whether to expand the traditional transcript – and how. For example, transcipts could include a description and syllabus of courses, as well as recording the skills, competencies and knowledge attained and any special features like the student’s work experience or international opportunities.

“We’re looking at how curriculum is evolving and what part of that needs to be represented in the credential that the student receives,” explains Richard Levin, U of T’s executive director of enrolment services and registrar.

This is the third meeting of the transcript group, which is made up of members of the Association of American Universities and is focused on developing new protocols and standards for educational records, he notes. “Interest in this is growing, as is the technology that’s going to allow us to improve the way we represent courses and other components of the learning experience.”

U of T plans to make the switch in 2019 from paper to digital transcripts, Levin says, using a secure PDF format in which “you can start to embed lots of information.” Administrators want to hear from their academic colleagues about what to emphasize from a curriculum perspective in order to create a record “that people can make sense of and understand and that has value,” he says.

For example, for a course like Contemporary Communication Technologies, “all we have now is the title,” Levin says, while someone reading the transcript might benefit from knowing “what is that and how are people learning and what are they coming out with?” Another factor might be whether the course was a large lecture or small interactive group.

Meeting attendee Mark McConahay, associate vice-provost and registrar of Indiana University Bloomington, says the goal is to come up with a “common language” to communicate and validate what universities and colleges impart to their students. This would elevate the traditional “ledger” that he says “serves the academy really well but does not serve other constituencies nearly as well.”

McConahay, who also serves as vice-president for information technology of the American Association of Collegiate Registrars and Admissions Officers (AACRAO), notes that there is very little in transcripts to differentiate students who receive similar grades. “We don’t intend to replace the transcript, we want to add to it,” he says.

A digital transcript, attested to by the institution, could systematically capture and report learning outcomes and what an individual student has gained in terms of skills like critical thinking or data analytics. “More than just the course, what was the skill and the competency that was the result of the course?” McConahay asks.

AACRAO over the last four years has done a number of studies to add or augment elements in traditional transcripts, says McConahay. His own university, which has about 43,000 students, is looking at developing a transcript “cover page” that would enable students to focus the reader on specific aspects of their record germane to the purpose for sharing it. This could allow students to differentiate themselves when applying for a job, for example.

It’s not only possible to enhance transcripts, but it should be relatively inexpensive to do so, McConahay points out, especially if information is already available digitally. It’s even possible to add “learning artifacts” like individual papers that students have produced in a class. “Technology enables us to archive these pieces of information and put them together on a record that the institution can attest to on the student’s behalf.”

One question is who the audience for an enhanced transcript would be. McConahay says that graduate schools and future employers would benefit from being able to look at a more comprehensive and “meaningful” record. “There’s a whole ecosystem beginning to develop around the exchange of credentials electronically, as opposed to our traditional model (paper).”

Levin says students at U of T are already enthusiastic about having the current transcript supplemented by a co-curricular record that documents their involvement in activities like clubs and volunteer work.

“They would like to see a broader representation of their academic accomplishments as well,” he says. “They’ll be able to reflect on what they’ve learned, because they’ll see it documented and they can explain that experience for a prospective employer or a graduate school.”

Levin expects that the shift to an enhanced transcript will begin at U of T within a couple of years.  “I’m very optimistic that we’ll have a much more comprehensive record that will be able to reflect a much broader overview of the student’s learning experience at the university.”