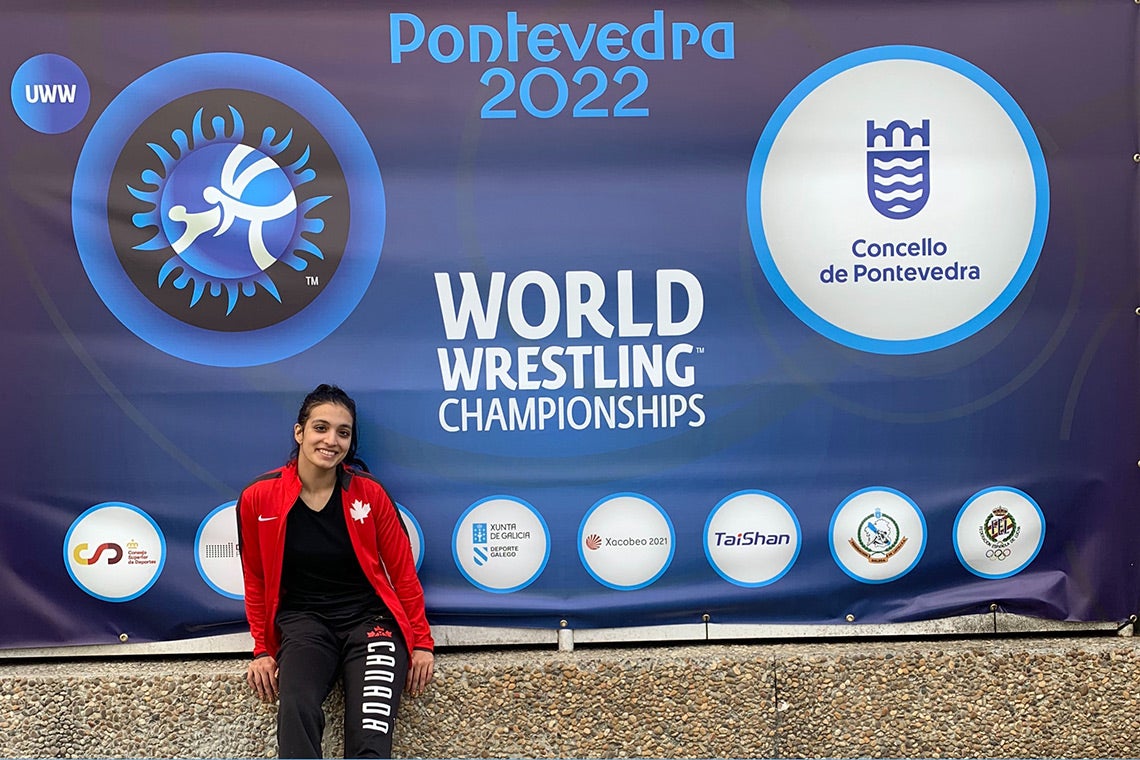 After recovering from a serious injury earlier this year, U of T Engineering student Kirti Saxena recently represented Canada at the 2022 U23 World Championships in Pontevedra, Spain (photo courtesy of Kirti Saxena)

Kirti Saxena recently represented Canada at the 2022 U23 World Wrestling Championships in Pontevedra, Spain, marking her return to competitive wrestling after sustaining a serious injury to her lower body earlier this year.

“Six months ago, I wasn’t physically or mentally in the game – I was in so much pain,” says Saxena, who studied mechanical engineering in the University of Toronto’s Faculty of Applied Science & Engineering.  “There were some people who said I wouldn’t be able to walk all summer and most of the statistics out there backed up that opinion, but I wanted to create my own odds.”

While on her commute from U of T to her training gym in April 2022, the train she was on pulled to a stop and a fellow passenger accidentally spilled hot tea on her lap. She suffered second and third degree burns on her lower body.

Unable to walk, sit or even lie down without experiencing severe pain, Saxena had to take time to recuperate and postponed both her final exams and training for the wrestling World Championships.

“All I could do was take it day by day, which, as an engineering student who likes to do things quickly and efficiently, was a real struggle,” she says. “I had to slow right down and start from scratch.”

That meant celebrating small achievements – like simply standing up or taking a few steps – and reminding herself to just keep going. 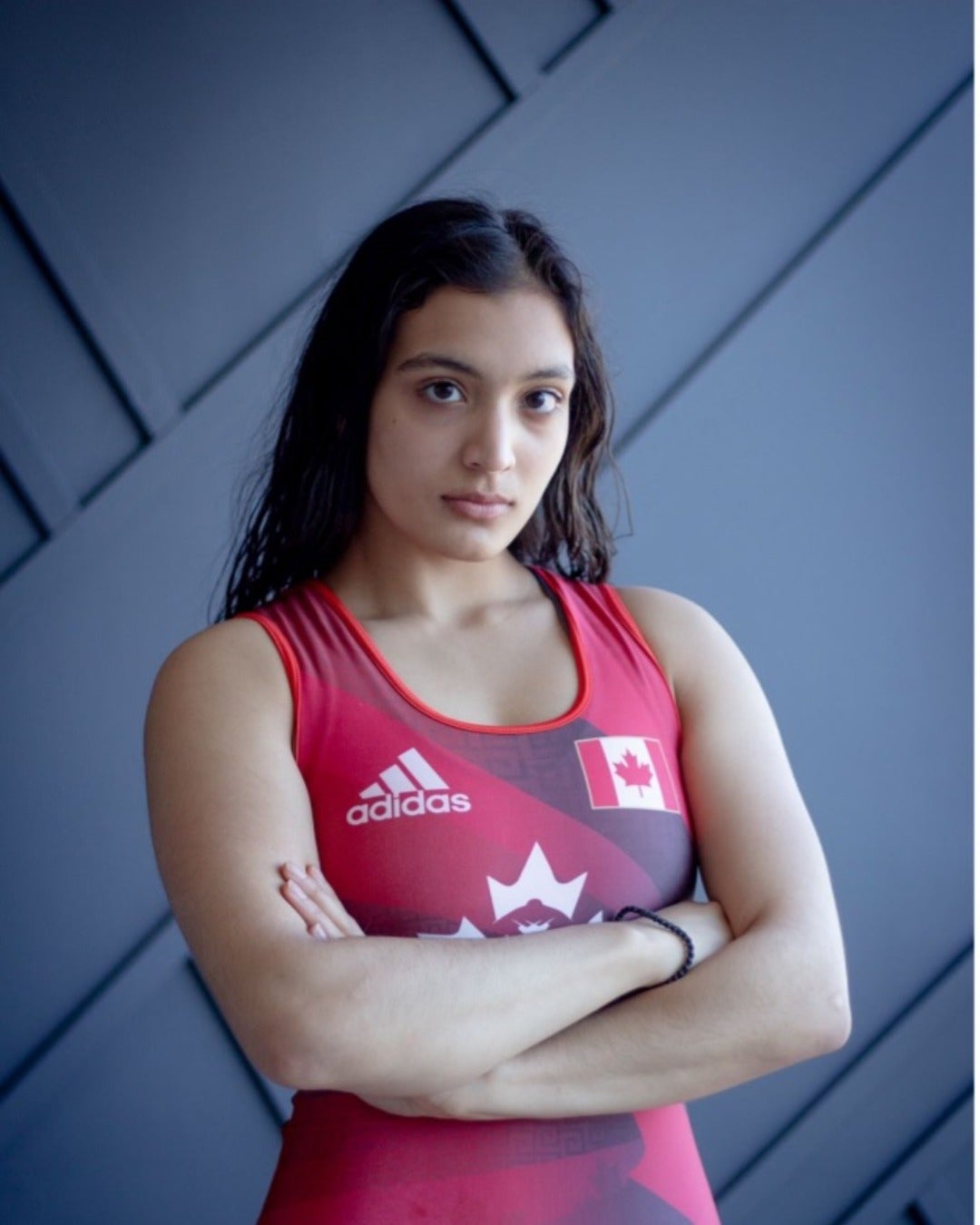 As Saxena slowly gained back her skin’s elasticity and the ability to move comfortably, she made her return to the mat. To secure her spot at the 2022 U23 World Championships, where she competed in the qualifying round, she needed to compete in two international tournaments during the summer.

With weeks of intense training and a laser focus, Saxena achieved her goal. She managed to come back from her injury and is currently ranked first in Canada in the U23 Division in Women’s Wrestling at 57 kilograms.

“I’m so grateful,” she says. “It took a lot of work, determination and perseverance and I am proud to be able to compete.”

Her parents were her biggest cheerleaders during her recovery and rehabilitation, Saxena says.

Saxena was introduced to wrestling at an early age thanks to her father, an Olympic wrestler who owns his own high-performance wrestling club in Mississauga. Her natural talent led her to placing first in Canada in her division in Grade 9. By the following year, she was placed fifth in the world.

As she continued her wrestling journey, placing in national and world championships and participating in the 2020 Olympic trials, Saxena also began her post-secondary career as an undergraduate engineering student at U of T.

“I’ve always been drawn to design and academically strong in sciences, combining these two things led me directly to mechanical engineering and it’s a natural fit for me,” she says. “It can be challenging, but as I am in my final year now, I can say with certainty this was the right path for me.”

During her time at U of T Engineering, Saxena has taken on several leadership roles, including being the project manager of the U of T Robotics Association (UTRA) design team, a Varsity board representative and the captain of the Varsity wrestling team.

“I’ve always been a very determined person and those two things working together – passion and determination – help me to achieve my goals,” she says.

“Don’t let other people’s opinions limit you. It’s OK to struggle. Embrace the challenge, reach out when you need help and create your own story.”