Invasive earthworms are eating away at forest diversity: U of T study 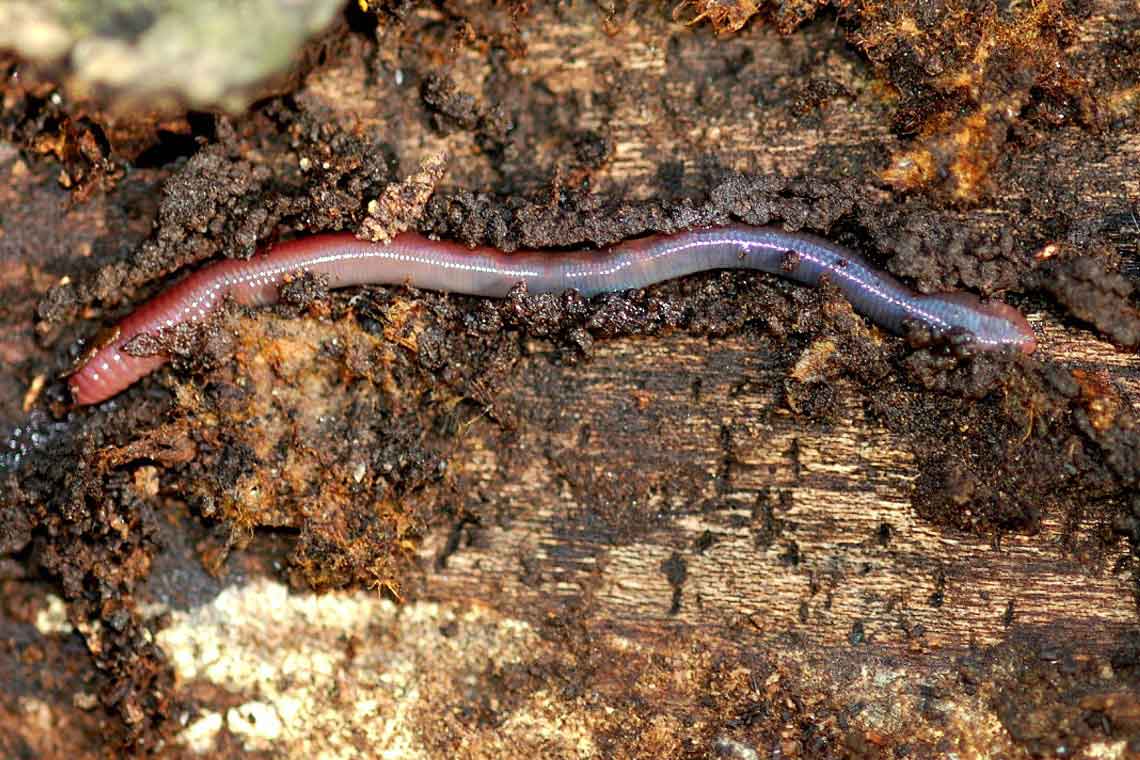 They're not as fierce as the worms from Tremors but worms like these are gobbling up seeds that are too small to interest rodents and removing the leaf cover that protects forest seedlings from predators, researchers say (photo by Edu-Pic.net)

A wriggling invader beneath your feet is steadily, silently nibbling away at native seedlings

Invasive earthworms are eating forest seed species such as yellow birch and black cherry trees, new research from the University of Toronto shows.

The findings suggest that earthworms may have a greater impact on forest seedlings than previously suspected.

“It’s important to understand the impact of worms because they are so pervasive,” says evolutionary biologist Peter Kotanen, who studies seed ecology and biological invasions at U of T Mississauga.

Earthworms have long played an “underappreciated” role as seed predators. Of the 19 known species in Ontario, only two are native to the area. The worms we commonly turn up with garden spades arrived from Asia and Europe about two hundred years ago, most likely in the ballast of ships, and spread far and wide.

A square meter of soil can harbour up to 2,000 of the wriggly creatures, causing Kotanen and graduate student Colin Cassin (now working as project liason with the Ontario Invasive Plant Council) to wonder if consumption of seeds by earthworms might be contributing to documented changes in the temperate forest ecosystem.

“We know worms have a big effect on soil,” Kotanen says. “In your garden, it’s a good thing but small plants seem to be vulnerable to them. Where worms are present, there tends to be a real decline in spring wildflowers and tree seedlings. They remove leaf cover that forest plants depend upon to shelter seeds or hide from predators. Worms may also kill mycorrhizal fungal networks, which help plant roots acquire moisture and nutrients from the soil.” Cassin and Kotanen (pictured at right) spent the summer and fall of 2013 at the Koffler Scientific Reserve at Jokers Hill, a forested U of T research station just north of Toronto. There, the team conducted field experiments to see if earthworms would eat seeds from temperate forest plants. The team also watched to see if the earthworms preferred different species of seeds from other seed predators like deer mice, chipmunks, squirrels and ground beetles.

In a microcosm experiment, the team filled PVC pipes with sifted soil and a single night crawler earthworm, which are typically used for fishing bait. Seeds from six ecologically important forest species were marked with fluorescent yellow highlighter and placed on the soil surface. The pipes were covered and left in the field where they were exposed to precipitation and temperature. Two weeks later, the researchers inspected the contents under ultraviolet lights and found that 73 per cent of the seeds had been removed from the soil surface and that 30 per cent of the seeds had vanished altogether. The rest were broken up or pushed deep into the soil, preventing germination.

In companion experiments, the researchers also found that the worms prefer smaller seeds, while other seed predators prefer larger seeds. Although rodents appear to be the main driver of seed predation, invasive earthworms may act as an additional ecological filter, potentially influencing the species composition of forest plant communities.

Of the species tested, invasive garlic mustard disappeared in the greatest number, along with black cherry and yellow birch seeds, while white pine and barberry seeds were left mostly untouched by the worms.

Kotanen says the results suggest that earthworms could be having a greater impact on temperate forest plant life than previously imagined. Although their impacts are small compared to those of rodents, earthworms may act as significant predators of some seeds, especially those too small to be preferred by vertebrates.

“There’s evidence that, for some seed species, worms are having an impact,” he says. “Seeds that are safe from rodents may be vulnerable to worms. Their impact is smaller than the effect of rodents, but it’s not insignificant. The worms are adding another hurdle for seeds to go through before they can get established.”

“Invasive earthworms as seed predators of temperate forest plants” appeared in Biological Invasions in March 2016. The study was funded through an NSERC Discovery Grant, with assistance from the Koffler Scientific Reserve.

Blake Eligh is a writer with the University of Toronto Mississauga