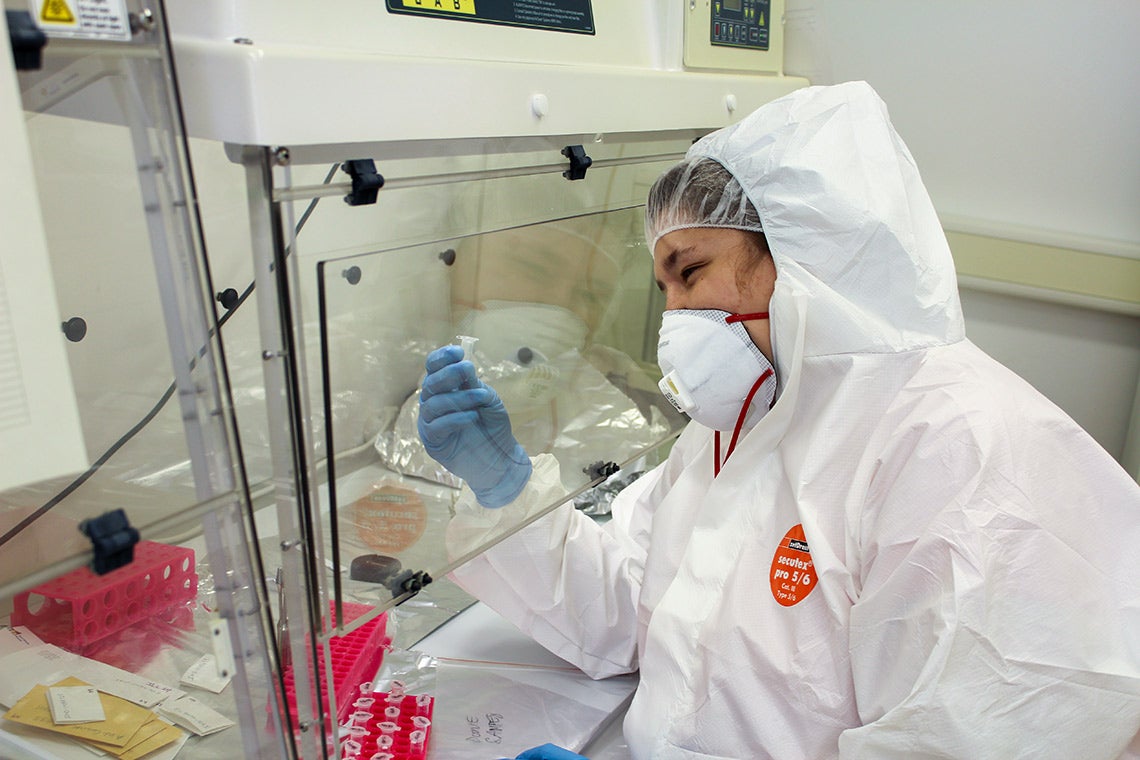 An international team led by researchers at the University of British Columbia with colleagues at the University of Toronto, compared 187 waterhemp samples from modern farms and neighbouring wetlands with more than 100 historical samples dating as far back as 1820 that had been stored in museums across North America.

Much like the sequencing of ancient human and neanderthal remains has resolved key mysteries about human history, studying the plant’s genetic makeup over the last two centuries allowed the researchers to watch evolution in action across changing environments.

“The genetic variants that help the plant do well in modern agricultural settings have risen to high frequencies remarkably quickly since agricultural intensification in the 1960s,” said study lead author Julia Kreiner. A postdoctoral researcher in UBC’s department of botany, Kreiner completed her PhD at U of T with study co-authors John Stinchcombe and Stephen Wright, both professors in the department of ecology and evolutionary biology in the Faculty of Arts & Science at U of T.

Waterhemp occurring in natural habitats, the sandy merging of a lake in southern Illinois.

The researchers discovered hundreds of genes across the weed’s genome that aid its success on farms, with mutations in genes related to drought tolerance, rapid growth and resistance to herbicides appearing frequently.

“The types of changes we’re imposing in agricultural environments are so strong that they have consequences in neighbouring habitats that we’d usually think were natural,” said Kreiner.

The findings could inform conservation efforts to preserve natural areas in landscapes dominated by agriculture. Reducing gene flow out of agricultural sites and choosing more isolated natural populations for protection could help limit the evolutionary influence of farms. 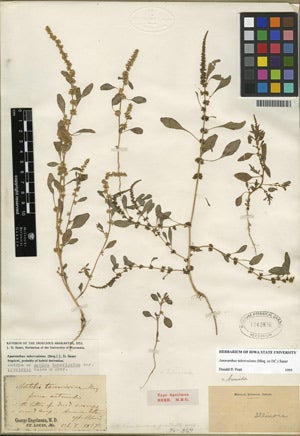 Common waterhemp is native to North America and was not always a problematic plant. Yet in recent years, the weed has become nearly impossible to eradicate from farms thanks to genetic adaptations including herbicide resistance.

Notably, five out of seven herbicide-resistant mutations found in current samples were absent from the historical samples. “Modern farms impose a strong filter determining which plant species and mutations can persist through time,” said Kreiner. “Sequencing the plant’s genes, herbicides stood out as one of the strongest agricultural filters determining which plants survive and which die.”

Waterhemp carrying any of the seven herbicide resistant mutations have produced an average of 1.2 times as many surviving offspring per year since 1960 compared to plants that don’t have the mutations.

Herbicide resistant mutations were also discovered in natural habitats, albeit at a lower frequency, which raises questions about the costs of these adaptations for plant life in non-agricultural settings.

“In the absence of herbicide applications, being resistant can actually be costly to a plant, so the changes happening on the farms are impacting the fitness of the plant in the wild,” said Kreiner.

“While waterhemp typically grows near lakes and streams, the genetic shifts that we’re seeing allow the plant to survive on drier land and to grow quickly to outcompete crops,” said co-author Sarah Otto, Killam University Professor at UBC. “Waterhemp has basically evolved to become more of a weed given how strongly it’s been selected to thrive alongside human agricultural activities.”

Agricultural practices have also reshaped where the weedy variety of common waterhemp can be found to grow on the North American continent. Over the last 60 years, a weedy southwestern variety has made an increasing progression eastward, spreading their genes into local populations as a result of their competitive edge in agricultural contexts.

Waterhemp can drastically reduce corn and soy yields, as seen on the right in a corn field in Essex County, Ontario

“Understanding the fate of these variants and how they affect plants in non-farm, ‘wild’ populations is an important next step for our work,” says Stinchcombe.

The researchers also plan to delve further into their discoveries on the rate of plant evolution over different geographic and temporal scales, with the hope of uncovering how variation in land-use across changing landscape influences the evolution of native plants.

“These results highlight the enormous potential of studying historical genomes to understand plant adaptation on short timescales,” says Wright. “Expanding this research across scales and species will broaden our understanding of how farming and climate change are driving rapid plant evolution.”

Broadly speaking, the researchers say the findings mean greater consideration of the impact of farming practices on native plants is needed.

“On one hand, preserving natural areas within agricultural landscapes provides an important ecological service,” says Kreiner. “On the other hand, these natural populations will become quite genetically different from what they would have looked like in the absence of agriculture. How well these plants will be able to persist in their native habitats remains a mystery.”

With files from the University of British Columbia