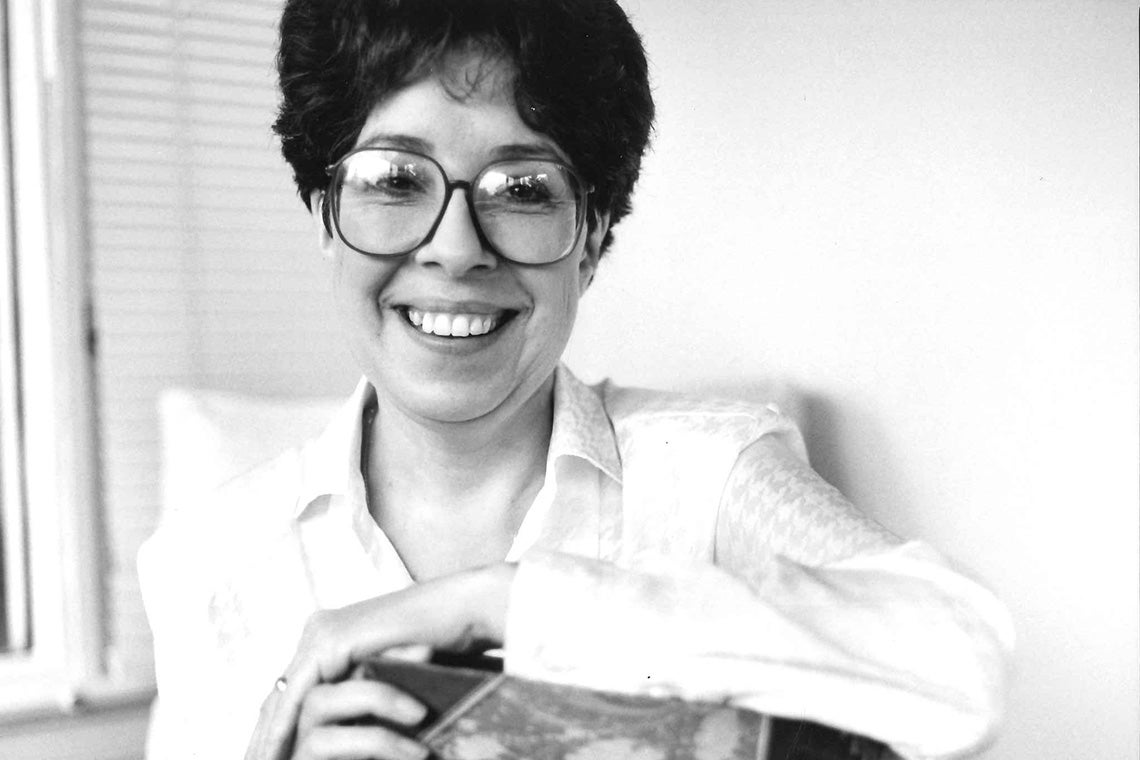 Jane Millgate was one of the world’s foremost experts on the literary works of Sir Walter Scott, but she was also an effective administrator and an inspiring mentor to young scholars.

Millgate started teaching English at Victoria College in 1964, and spent more than three decades at the University of Toronto working with generations of students, mainly on the subject of 19th- century literature. For five years in the mid-1980s, she was vice-dean of the Faculty of Arts & Science, and she was a fellow of Massey College and a founder of the Toronto Centre for the Book.

Millgate died on Jan. 26 at the age of 81. She leaves her husband, U of T English Professor Emeritus Michael Millgate.

Millgate was best known for her work on Scott, the groundbreaking 19th-century Scottish author, poet and historian. Her 1984 book Walter Scott, the Making of the Novelist was a seminal study that showed how Scott created a new kind of historical novel, and how his work affected the trajectory of British, American and European fiction. Millgate's book was highly influential and is still cited by scholars as a foundational work on the author. She wrote several other books and dozens of papers on Scott and other American, English and Scottish authors.

“Jane’s contribution to Scott studies is startling in its range and significance,” said her longtime friend and colleague Tara Wallace, now a professor of English at George Washington University.
Wallace chaired a special symposium to honour Millgate’s work at an international Walter Scott conference in Aberdeen in 2014. At the session, top global scholars spoke about how Millgate’s scholarship “influenced them deeply or changed their thinking,” Wallace said.

Wallace said Millgate was a very confident person, and not just about academic subjects. “She used to tell me how best to cook something, or the best way to arrange flowers. But when she gave advice, it was just advice. It was not prescriptive.” A group of international Walter Scott scholars met for dinner in Toronto in 2015 to celebrate Millgate's work. Millgate is second from right (photo courtesy of Tara Wallace)

Millgate was also very supportive of her friends. When Wallace’s father died in 1991, Millgate encouraged her to attend a conference in Edinburgh and then arranged all the details for the two of them to spend a brief followup vacation in London. “She was there for [her friends’] on important occasions, or for help in difficult times.”

Wallace, who had been a student and teaching assistant of Millgate’s at U of T, said her mentor stood out as a teacher of graduate students because of “how much respect she had for us all.” Millgate “didn’t lack confidence in her own readings, but she always gave us lots of space to figure things out on our own. She was listening to us very, very carefully.”

Her graduate seminars were so stimulating, Wallace said, that after class the students would immediately gather at a café or bar and continue to discuss the subjects at hand.

Undergraduates, too, found her an enthusiastic teacher. Carol Gray, who went on to a career as a librarian, vividly remembers Millgate making a tough course on Victorian fiction a pleasure to attend. “She brought intellect, humour and insight to every one of her classes,” Gray said. “Everything seemed, to her, to be fresh, new and worth exploring.”

Cynthia Good, another former student who later became president of publisher Penguin Canada, described Millgate as someone who clearly loved her work as an academic and scholar. “She had an intellectual toughness that impressed me,” said Good, who was Millgate’s teaching assistant for a time. Victorian fiction became a passion of Good’s after she took Millgate’s course in that subject. “I longed to be like her, as an academic and a woman. There were not many role models in those days.”

Millgate was also a respected administrator during her years as vice-dean of the Faculty of Arts & Science. Mary Nyquist, now a U of T English professor, was director of women’s studies at New College when Millgate was in the dean’s office. She said Millgate’s “active encouragement of cross-appointments made a huge difference to the ability of our program to appoint new faculty.” Those appointments, in turn, made it possible for the program to develop into what is today the highly successful Women & Gender Studies Institute, Nyquist said.

In 1984, Millgate, in her administrative role, spearheaded the year-long celebration of the centenary of the admission of women to U of T. Nyquist was a member of the organizing committee, where she was able to observe Millgate’s skills. “I saw first-hand how carefully Jane listened to others’ suggestions, how skilfully she delegated tasks, and how thoroughly she followed up on every single detail.”

Millgate was an inspiring leader, generous to young scholars and never intimidating, Nyquist said. She managed to be both highly professional and warm. “Her laughter, which I can still hear, was infectious.”

Millgate was born Eunice Jane Barr, in Leeds, England in 1937. She attended Leeds University and the University of Kent. In 1960, she married Michael Millgate, who was lecturing in English literature at Leeds University.

The couple came to Canada in 1964, and Jane began teaching at Victoria College. Michael initially was a professor at York University but moved to U of T in 1967. The couple shared similar academic interests, as Michael was a specialist in English and American literature, specifically William Faulkner and Thomas Hardy. U of T President Emeritus Robert Prichard described the Millgates as “true citizens of the university and scholarly life at large.” While Jane on her own was an excellent teacher, scholar, leader, mentor and colleague, Prichard said, “paired with Michael, they ranked with the great university couples of their generation.”

Retired U of T English Professor Henry Auster recalls parties at the Millgates’ house, which were organized by Jane. “She was a self-taught cook, but a very skilful one. She was witty and lively, with a kind of acerbic English sense of humour.” The Millgates’ wide circle of friends included eminent scholars from England and the United States, Auster said.

After Millgate retired from U of T in 1997, she stayed active as a Professor Emeritus, attended English department events, and hosted lunches for her former colleagues at her home. She also continued to work on what is known as the “Millgate Union Catalogue of Walter Scott Correspondence.” Housed at the National Library of Scotland, this huge catalogue lists more than 14,000 letters to and from Scott, and indicates where the originals, copies or transcripts are located.

Wallace said Millgate travelled all over to find letters, and to see them for herself before adding them to the catalogue. The reference work is a huge contribution to the study of Scott, Wallace said, describing it as a “rich archive that will prove invaluable to generations of scholars.” Millgate began working on the catalogue in 1995, and continued to contribute to it long after her retirement.

Indeed, she kept up her interest in Scott right until the end. “The very last conversations I had with Jane were about chapters of my upcoming book on Scott – and she was, as ever, equally generous and merciless,” Wallace said.

“We all have biological parents, but Jane was an extraordinary intellectual parent.”