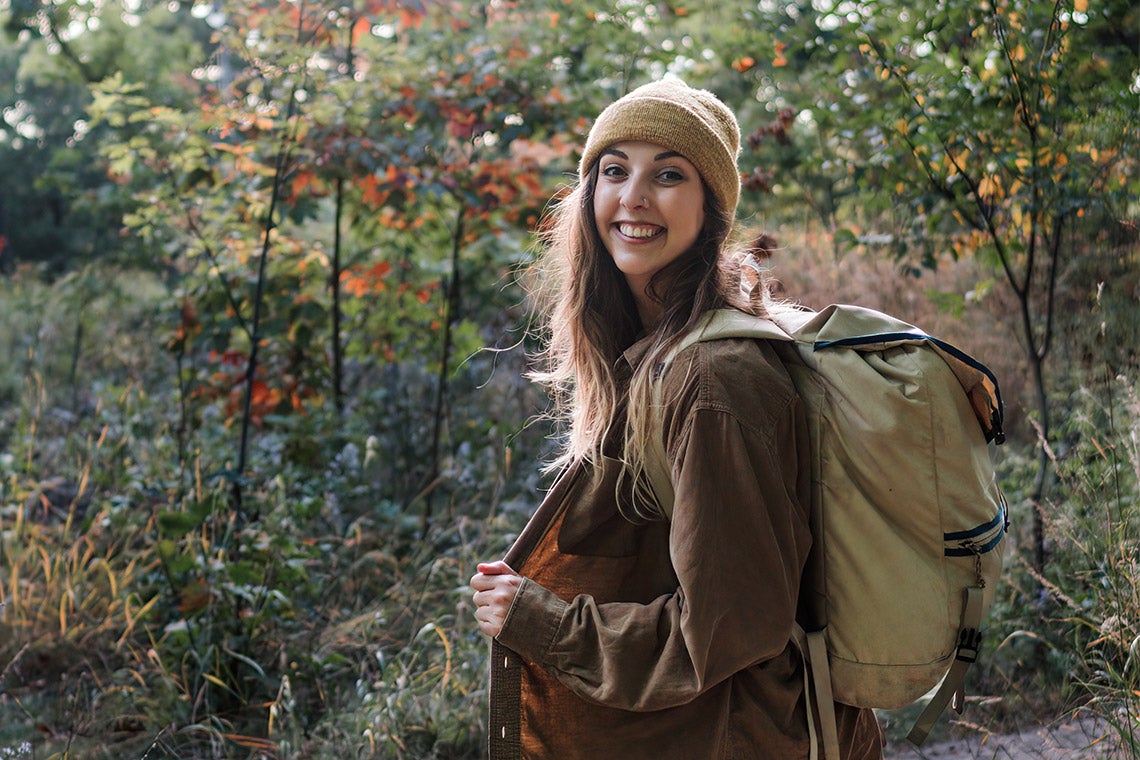 PhD student Jaime Grimm’s research into fish pathogens and salmon conservation – and how she conducts that research – is the culmination of growing up amidst the rich ecosystems of Canada’s West Coast, parents who nurtured a love of nature in her, and her Salteaux First Nations heritage.

“Growing up in British Columbia, I spent a lot of time in nature,” she says, “which was a hugely privileged position to be in. We went camping every summer and my mother and I would spend all day looking for frogs and toads and salamanders – it was like a treasure hunt. She inspired that interest in me.”

In high school, Grimm started taking biology courses. “I was like wow, this is so interesting, so fun. We did a section on marine invertebrates – sea slugs, clams, crabs. I was completely enamored and decided then that I wanted to pursue a science degree and be a biologist.”

Today, Grimm is a PhD student in the Faculty of Arts & Science's department of ecology and evolutionary biology (EEB), supervised by Associate Professor Martin Krkosek and Adjunct Professor Andrew Bateman of the Pacific Salmon Foundation. 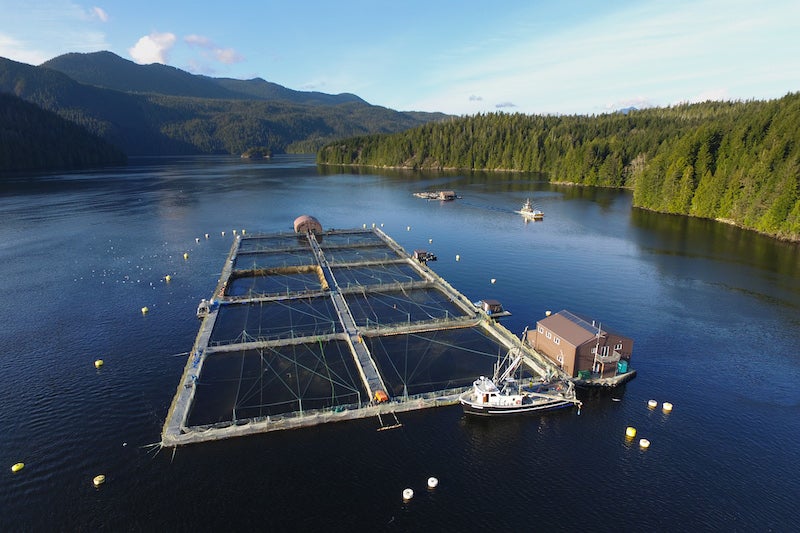 A salmon farm on the coast of British Columbia. Some may contain as many as a million fish (photo courtesy of Clayoquot Action)

She was recently named a Connaught PhDs for Public Impact Fellow by the School of Graduate Studies. The fellowship will enable her to engage the public in her work through training in science communication and public policy, and project-specific funding.

Grimm's research with Krkosek and Bateman is centred around the enormous salmon farms located in the coastal waters of B.C. The farms are giant pens made of nets so that ocean water circulates through them. Because of the high population density – some hold as many as a million fish – the pens are ripe breeding grounds for pathogens such as bacteria, viruses and fungi which can then threaten wild salmon populations.

Juvenile salmon returning to the ocean from spawning grounds in coastal creeks and rivers are particularly vulnerable. Their immune systems haven’t fully developed. Also, young fish aren’t normally exposed to diseases carried by mature fish because the latter are typically far out at sea when the former return to the ocean.

“But now we're adding these farms right on the migration routes of juvenile salmon,” says Grimm. “So, you have this big, potential source of disease that young salmon are encountering at this vulnerable stage in their lives. It's an enormous issue.”

What’s more, farms can be close together; Grimm is trying to determine if a pathogen outbreak in one can ride coastal currents to another.

Like Krkosek, Grimm is committed to finding socially and ecologically just wildlife conservation solutions that recognize Indigenous rights and sovereignty. Her work, she points out, takes place in partnership with and on the unceded lands of coastal First Nations, including the Ahousaht First Nation, the Tla-o-qui-aht First Nation and the Mowachaht/Muchalaht First Nation.

She also recognizes that salmon conservation is intimately tied to Indigenous rights because of the importance First Nations place on salmon. “Of course, they’re a source of livelihood and sustenance,” says Grimm, “but they're also essential components of culture. These salmon have spawned and lived in these rivers since time immemorial and, during that time, have been stewarded well by the people who live there.

“And now that this system is being disrupted, it's critically important that we recognize and value Indigenous knowledge and get back to the roots of what was working so well. This is their land, their unceded territory – they should have final say over what's happening.”

According to Krkosek, “Pacific salmon are a keystone species to coastal ecosystems and a centrepiece of the identity and food security of First Nations in coastal B.C. Jaime’s work on salmon aquaculture and infectious diseases is providing essential information to First Nation’s decision-making regarding salmon management in their territories.”

Grimm’s partnership with First Nations includes developing relationships with fisheries managers who work for First Nations, understanding their needs, developing research questions together – and being out on the water together conducting field work.

“The biggest part of it is building a relationship and building trust,” says Grimm. “And making sure we don’t just go in and extract data or knowledge and then leave. It's about working towards a shared goal.”

The Connaught fellowship will help Grimm build on those relationships. One of the projects she is considering is developing workshops for training community members to collect water samples and extract DNA from them in order to learn about the pathogens that are present. Not only would this help Grimm in her work, it would also make it possible for communities to do their own testing in support of their own autonomy and advocacy.

Another potential project lies at the intersection of her scientific endeavors and commitment to science communication. “I’d like to hire an artist from one of the First Nations I'm currently working with to produce a graphical representation of this research,” she says.

“My aim is to publish my scientific results in a peer-reviewed journal but in that form, it will only be accessible to a small group of people. So, I would like to have this beautiful, artistic piece that would be much more accessible that I could share with many more people.”

Grimm is spending the winter in Krkosek’s lab in Toronto but she’s looking forward to being back on the west coast next spring and, at the same time, is looking far into the future.

“I think this will be the journey for the rest of my life,” she says. “Learning how to do this right and do it well. The path I'm on now is difficult and humbling, but it’s what I hope the rest of my career will look like.”