Inside or outside the surface: U of T experts advance 3D printing pathways 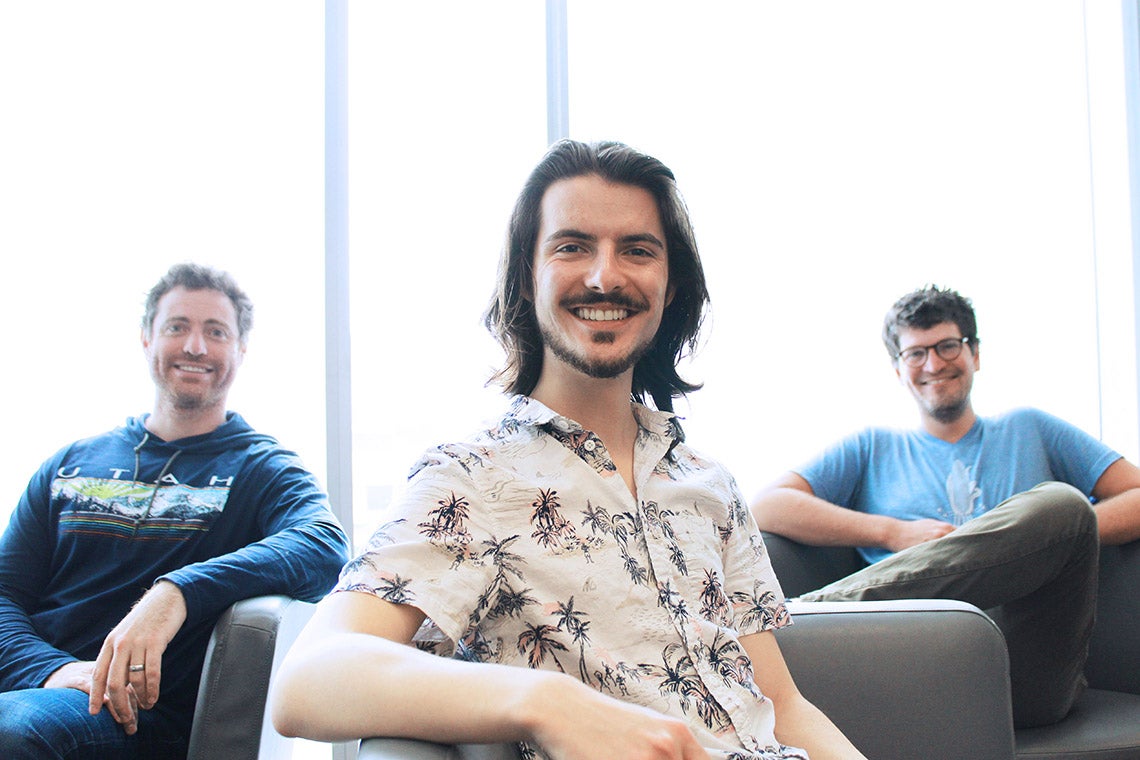 Senior high school student Jodi Kramer in the 1993 film Dazed and Confused poses this question to freshman Sabrina Davis, who answers, “In.”

The reference is used in a paper by University of Toronto researchers who have applied the question to the graphics subfield of geometry processing, resulting in promising new directions for 3D printing technology.

“Some of us like to say that a computer graphic is skin deep, in the sense that you’re only seeing its surface,” says Gavin Barill, a master’s student in the department of computer science. “Geometry processing is taking a shape and saying: What can we really do with this? How can we change it? How can we consume it differently?”

The researchers propose a winding number algorithm that can quickly evaluate computer renderings, up to 1,000 times faster, by determining whether the surface is inside or outside.

“Once you know inside, you know outside, and the place in between is the surface,” says Barill, who will present their paper, “Fast Winding Numbers for Soups and Clouds” this weekend at the Association of Computing Machinery’s (ACM) Special Interest Group on Computer and Interactive Techniques (SIGGRAPH), held in Vancouver.

The premier annual event attracts tens of thousands of computation professionals, including software companies and filmmakers. Researchers from U of T’s Dynamic Graphics Project lab have contributed to six papers at this year’s proceedings.

Jacobson, who is Barill’s graduate supervisor, is conducting research that focuses on robust geometry processing – taking a shape and using algorithms to define its qualities or help deform it.

The researchers applied the winding number to 3D, resulting in novel approaches to 3D printing technology.

A swan is 3D printed from a point cloud

“A point cloud is just a series of points that would lie on the surface. You might not know what it is. All you have are the [data] points,” he says.

“We noticed that if you have a single point and you want to check if it's inside a point cloud, it matters to exactly check the ones that it's close to, and then the ones that are far away from it we can just approximate,” says Barill. “We use a method of approximation rather than checking two million points – that's a big difference.”

He says a triangle soup – not unlike a bowl of alphabet soup, where the triangles are floating in space – results in a disconnected surface. It’s similar to point clouds, he says, because both have no connection to nearby points or triangles. Using their algorithmic winding number approach to inside and outside segmentation, the researchers found they could 3D print a point cloud, directly from a point cloud.

The research was supported by the Natural Sciences and Engineering Research Council of Canada (NSERC), the Canada Research Chairs program, the University of Toronto Connaught Fund and Adobe Systems Inc.