‘Incredible and incredibly busy’: Engineering's Pearson Scholars on life in a new country, studying at U of T 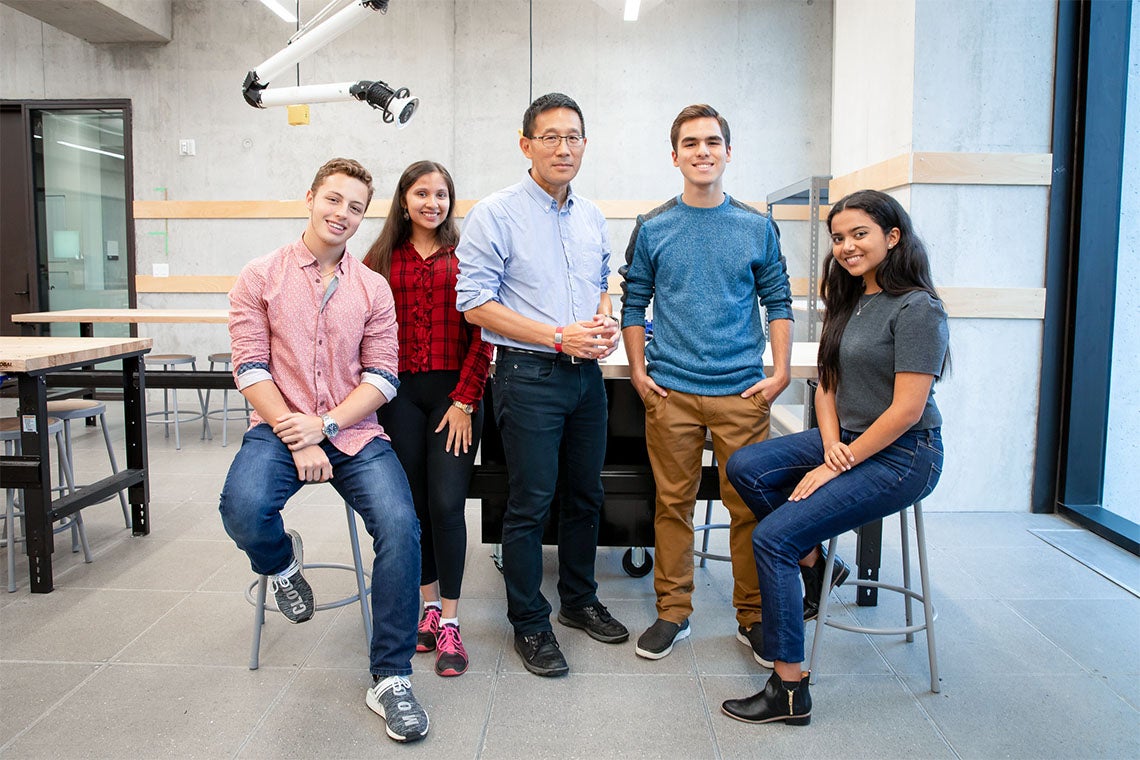 A month after arriving from Antigua, Guatemala, Jose Pablo Siliezar Carrillo has already visited Niagara Falls, ascended the CN Tower and enjoyed his first Blue Jays game. Next on the list is seeing the Toronto Raptors, the NBA’s defending champions.

“It’s been an incredible and incredibly busy six weeks,” says Siliezar, who goes by the first of his surnames.

Siliezar is among five Lester B. Pearson International Scholarship recipients who are studying in the Faculty of Applied Science & Engineering after arriving in Toronto this summer from countries across the globe. Named after Canada’s 14th prime minister, the Pearson scholarship recognizes exceptional academic achievement, creativity, leadership potential and community involvement. It covers tuition, books, incidental fees and residence costs for four years.

In total, 36 international students representing 27 countries made up this year’s cohort of Pearson Scholars at the university.

The five members of the cohort who are studying engineering at U of T recently spoke with writer Liz Do about their experiences so far, and how they’re managing the challenges that come with building a new life in Toronto. 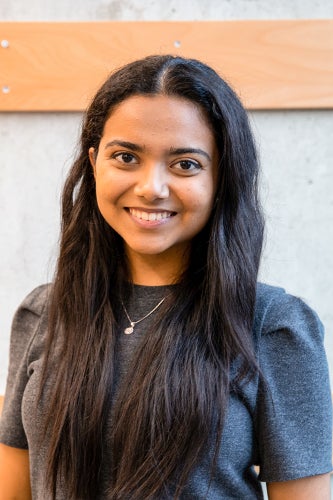 For Silvia Lopez Portillo, a deciding factor in choosing U of T Engineering was being part of a diverse community within the “cultural powerhouse that is Toronto.”

Since arriving from San Pedro Sula, Honduras, Portillo says participating in Orientation Week events helped her ease into university life and introduce her to new friends.

“The large international student population gives me the sense that I’m not going through this monumental change on my own,” says Portillo.

Portillo says she’s enjoyed her first six weeks of university, but adds that she and many of her first-year peers still need some time to feel anchored.

“It can be overwhelming. The St. George campus is big, and there are so many things happening, so many things you want to take part in, and so many new faces every day,” she says.

“It’s just a matter of time before you figure out what opportunities you want to pursue, and from there, I know finding my community will become easier.” 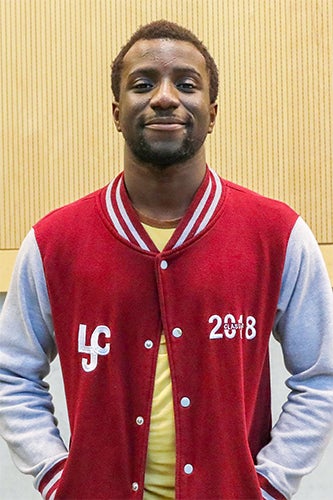 Since arriving from Nigeria, Munachi Ernest-Eze says having creative conversations and playing board games in the engineering science common room has been an early highlight.

“It’s a fun way to meet a diverse group of students you wouldn’t otherwise get many chances to interact with,” he says.

He describes his first month and a half as hectic – getting accustomed to the layout of the campus and the city, his class schedule and prepping for quizzes and now midterms. He adds that these challenges have helped him bond with his classmates.

“My classmates make me feel supported,” says Ernest-Eze, who plans to major in aerospace engineering after his second year. “Some of my classmates have helped me with school work and just advice about Toronto in general.”

“Prepare as much as you can, learn about the university, its curriculum, as well as the culture of the city and country. From there, just come into the situation with an open and social mindset.” 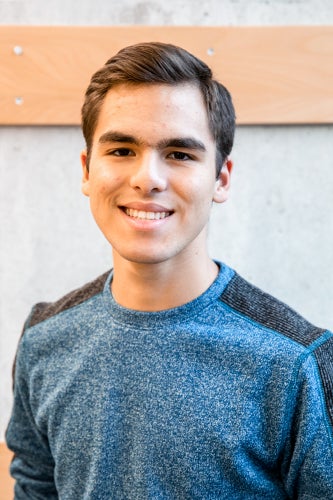 Jose Pablo Siliezar Carrillo says it was a dream come true to attend U of T Engineering as a Pearson Scholar.

“I chose U of T Engineering because of its programming, and also because of its diverse community,” he says. “I feel like the perspectives I’ll gain here will help me in the long run as I look to become a leader in the field of industrial engineering when I graduate.”

Apart from checking out popular Toronto attractions, Siliezar says his first six weeks have unfolded as he anticipated: a lot of lectures, studying and assignments. In his spare time, he says he’s already made some close friends and has used his free time to learn more about his new community.

“I think immersing yourself in meeting people is key to transitioning to a new life. I’ve been chatting with some of my professors and getting to know some staff members better,” says Siliezar. “I’m also looking for extracurricular opportunities open to first-years.”

He says that although his home country is very different from Canada, he hasn’t faced significant challenges since arriving in August.

“The idea of leaving your family and loved ones behind to study in a different country is intimidating, and I anticipated challenges,” he says.

“But so far I’ve enjoyed my experience. I think that this is, in part, due to the warmth with which I was welcomed to U of T, and the constant support and acceptance that the faculty and the other students show.” 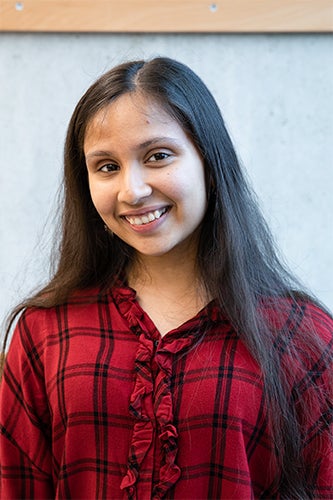 Since arriving in Toronto from Kuala Lumpur, Malaysia, Urvi Verkhedkar has already immersed herself in environmental advocacy efforts.

“Getting involved in my passions has definitely been a highlight,” she says.

Verkhedkar recently took part in Global Climate Strike Week events at U of T and in Toronto, and signed up to Climate Justice Toronto, the city’s youth-led collective.

As an international student, she says it’s been daunting to start university in a new country.

“It’s been a bit intimidating to make new friends at such a big university, but I’m learning that it’s a slow process and I just have to be patient and proactive,” says Verkhedkar, who joined Engineers Without Borders Canada’s U of T chapter and is writing for the student humour newspaper, Toike Oike, in order to foster new friendships.

“The professors and students that I’ve talked to have been very kind and helpful, and I’m confident I’ll settle in well.” 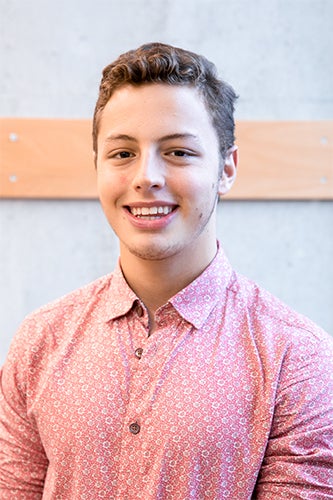 “The challenges that come with a completely new lifestyle are outweighed by how much I’m enjoying my program – I really like my mechanics course – and the friendships I’ve made so far,” he says.

To date, Montenegro says he’s become friends and met students from Greece, El Salvador, Panama, Guyana and Turkey, among others. “Meeting them has been a blessing,” he says.

“Going out to concerts and restaurants wouldn’t be as exciting without the company of my new family here in Toronto.”

Montenegro says the greatest challenge has been adapting to a new life without family and friends from his hometown of Panama City, Panama.

“Some of the homesickness is alleviated through the friendships I’ve established and by staying in constant communication with everyone back home.”