Increases in rats, bedbugs and mosquitoes are unintended consequence of urbanization: U of T expert 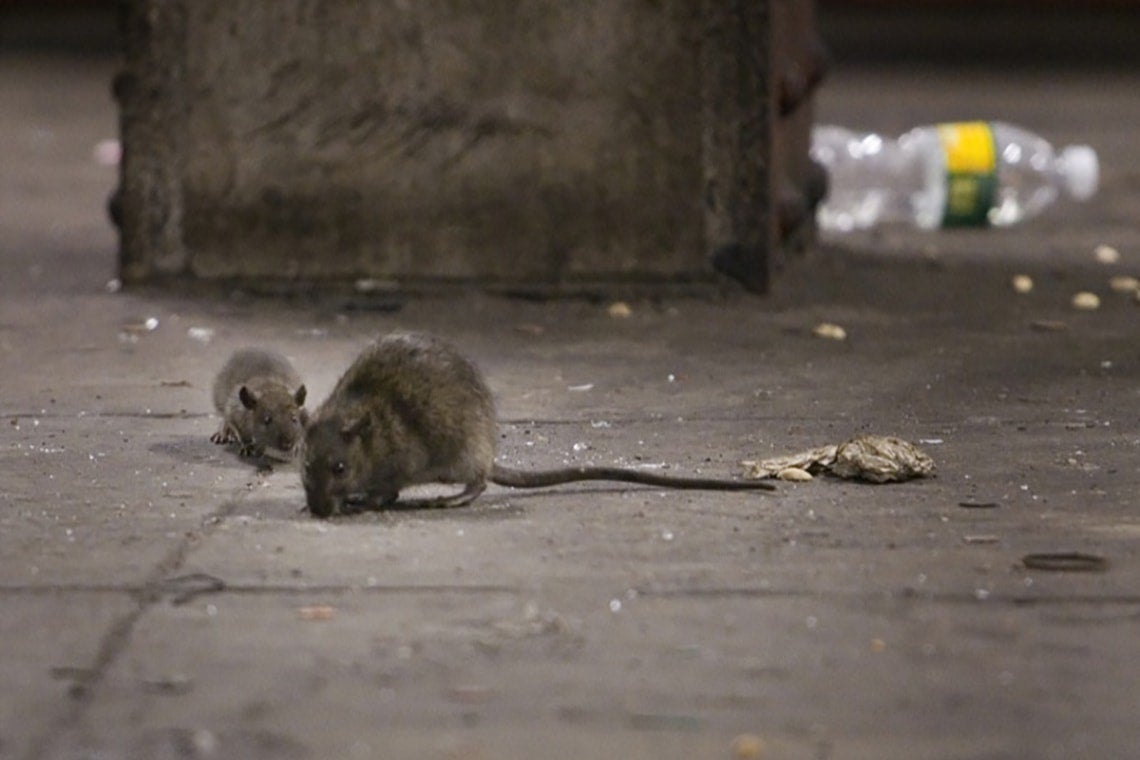 “As we build cities, we have little understanding of how they are influencing organisms that live there,” says Marc Johnson, a director of the University of Toronto’s Centre for Urban Environments (photo by Natalie Behring via Flickr)

The recent uproar about seats on a British Airways flight crawling with bedbugs is only one of the unintended consequences that urbanization worldwide has on evolution, says a University of Toronto researcher whose new study takes a comprehensive look at those consequences.
“As we build cities, we have little understanding of how they are influencing organisms that live there,” says Marc Johnson, an associate professor of biology at U of T Mississauga who is also a director of the University of Toronto’s Centre for Urban Environments.
“It’s good news that some organisms are able to adapt, such as native species that have important ecological functions in the environment. But it can also be bad news that the ability of some of these organisms to adapt to our cities might increase the transmission of disease. Bedbugs, for example, were scarce two decades ago, but they’ve adapted to the insecticides used to keep them at bay and have exploded in abundance worldwide.” In the first study to take a broad look at the way urbanization is affecting evolution, Johnson (left) and Jason Munshi-South, an associate professor of biological sciences at Fordham University, reviewed all existing research studies about urbanization and evolution and synthesized the results.
“Traditionally, we’ve thought about evolution as a long-term process driven by environmental pressures and the interactions between species. But now there is a new driver that is rapidly changing many other species, which is how they interact with humans and our built environment," says Munshi-South. “Humans and our cities are one of the most dominant forces of contemporary evolution now.”

The study raises questions about which native species can persist during urbanization and whether those that adapt will influence the health of ecosystems and human beings. Loss of habitat and urban barriers, such as roads and buildings, pose challenges to all kinds of species and some may adapt in undesirable ways. The researchers assessed various means of genetic adaptation, such as mutation, the movement of genes through dispersal, neutral evolution and adaptive evolution through Darwinian natural selection, concluding that the urban environment has an impact on each of these mechanisms of evolution.
Their work touches on mammals, plants, birds, amphibians, reptiles, insects and viruses, identifying evolutionary impacts on species as diverse as the common blackbird in Europe to white clovers and white-footed mice in North America. Populations of white-footed mice in New York City, for example, became differentiated from each other after urbanization, due to their isolation in various parks.
“We’ve created a novel ecosystem that no organism has ever seen before,” says Johnson, noting that their study, published in the journal Science, is a “wake-up call for the public, governments and other scientists.”
He and Munshi-South suggest that we need to think carefully about how we’re altering our environment when we build cities, influencing the evolution of species that may, in turn, influence our lives. A number of organisms, such as rats, urban lizards, cockroaches, pigeons and bedbugs, have evolved to depend on humans.

Read the study in the journal Science

There are now mosquitoes, for example, that have evolved to live in the London Underground stations and adapted so that they no longer need to feed on blood to produce eggs. They also have no need to become dormant during the winter. Unfortunately, these mosquitoes can carry a number of diseases and are now found in New York City, Chicago and Los Angeles, too. Our health-care systems may be required to adapt in response.
Johnson and Munshi-South suggest that when we’re planning cities, we need to think about the impact our designs have on native species and whether we can design them to “be kinder to ourselves and the environment,” considering ways to conserve native species and mitigate the prevalence of disease-carrying pests.
Given that species are evolving so rapidly in response to urbanization, the outdoors also becomes a classroom that offers an opportunity to see examples of evolution first-hand. Urban evolution can be used as a tool to educate city dwellers and others about the reality and importance of evolutionary biology.
“People who don’t believe in evolution need not go further than their backyards to see evidence of it,” Johnson says.
The study was funded by grants from the National Science Foundation and the Natural Sciences and Engineering Research Council of Canada.
Elaine Smith