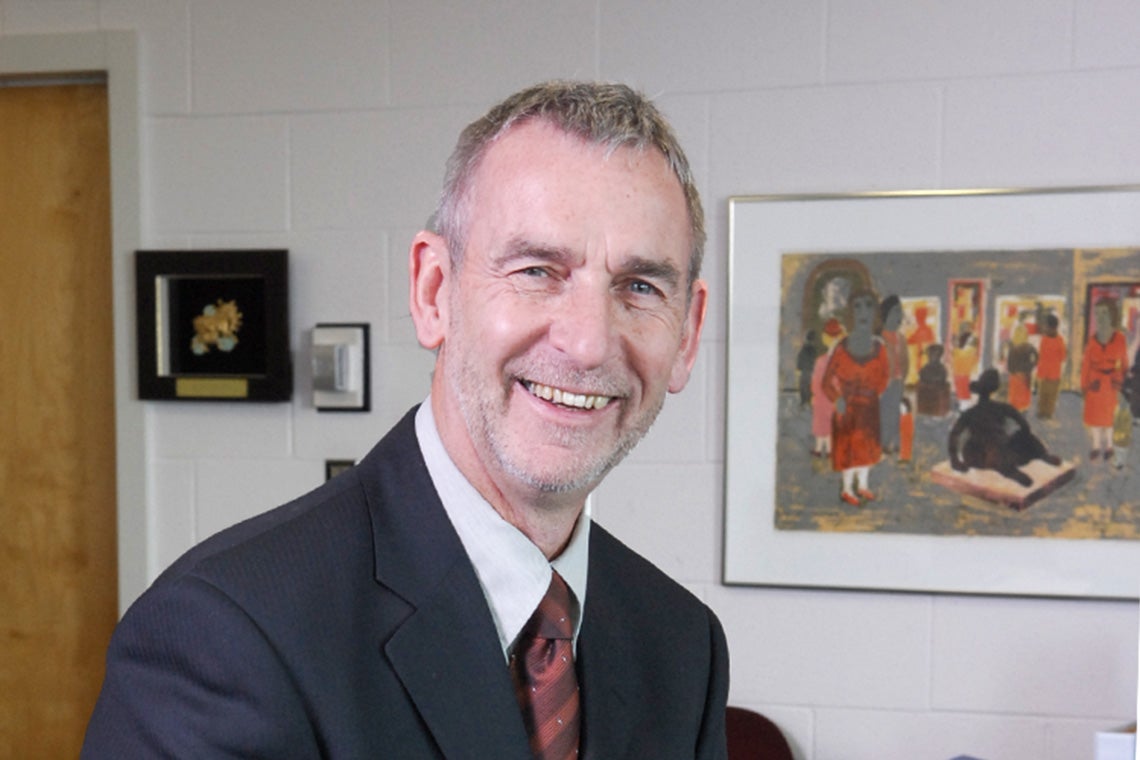 Professor Emeritus Ian Orchard, who led the University of Toronto Mississauga from 2002 to 2010, has assumed a one-year appointment as the school’s acting vice-president and principal.

The appointment is effective today and continues to June 30, 2020, but could end sooner if Ulrich Krull, the vice-president and principal of U of T Mississauga, returns from his short-term medical leave.

“In 2002, when I was first appointed vice-president and principal at UTM, I thought it was the best position at the University of Toronto. I still believe this,” says Orchard. “UTM has continued to thrive, grow and develop into a significant player in U of T’s tri-campus system. Under the leadership of Ulli Krull and Acting Vice-President and Principal Amrita Daniere, and with support from faculty, staff and students, UTM continues to build its distinctive presence in the western GTA.

“I am humbled to have been invited to share in this journey once again, and look forward to working with the community that is UTM.”

Orchard initially immigrated to Canada in 1977 to work at York University, where he established a federal centre of excellence in neurobiology. He joined U of T in 1982 and served in the following roles: associate dean (sciences) in the Faculty of Arts & Science (1993-97); vice-dean in the Faculty of Arts & Science (1997-98); and vice-provost, students, (1998-2002) before becoming vice-president and principal of U of T Mississauga from 2002 to 2010.

“Professor Emeritus Orchard is well known to the University of Toronto Mississauga community,” says U of T President Meric Gertler. “He is a distinguished biologist who brings a proven track record as a student-focused administrator and extensive knowledge and experience of UTM and of the university as a whole.”

Orchard was instrumental in overseeing U of T Mississauga’s shift from governance by the Faculty of Arts & Science to a division in its own right with a dean, departments and department chairs. During his tenure, enrolment doubled and buildings valued at a total of $250 million were constructed.

In 2010, U of T established the Ian Orchard Student Initiative Fund, supporting university-recognized student groups with inspiring and engaging projects and events that enhance the student experience and foster a sense of campus community.

In 2011, Orchard was named a distinguished university professor, an honour U of T accords to only a small number of faculty. In 2014 he joined the University of Waterloo as vice-president academic and provost, stepping down in 2017.

An expert in insect neurobiology with more than 200 research publications, Orchard earned a Doctor of Science degree (1988), a PhD (1975), and a B.Sc. (1972), all from the University of Birmingham, in England.