'I went out and started my own thing': U of T grad on his decision to build a cryptocurrency-focused startup 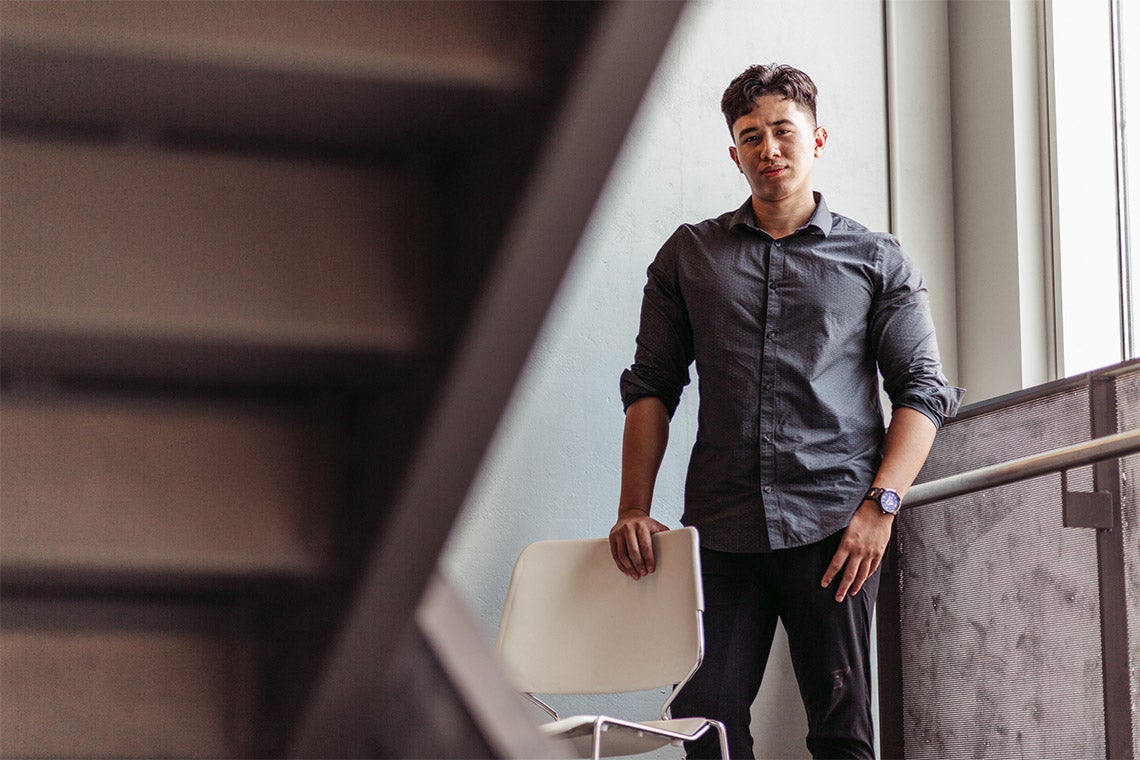 Christian Cordero, who graduates this week with a bachelor’s degree in business administration from the University of Toronto Scarborough, is someone who gets things done.

So, it should come as little surprise to anyone who knows him that, during his undergraduate career, he participated in three co-op terms and, during his third year, collaborated in an online business that is already making modest profits.

“I learned a lot of theory in class, but I wanted to apply it – so I went out and started my own thing,” Cordero says.

That “thing” is www.febbit.com, a website that teaches users about cryptocurrency mining via a videogame that illustrates the process. Players earn cryptocurrency rewards as they progress, an incentive to keep returning to the site. “It’s such a new industry and I latched onto it,” Cordero says.

Cordero’s path to becoming an entrepreneur began reading and researching about cryptocurrency technology and investing some of his own money. During his fourth year at U of T Scarborough, he completed a co-op term with TD Bank’s blockchain group. The experience gave Cordero the confidence to look for opportunities in the world of cryptocurrency. Before long he was assisting clients in the industry.

A soccer pal connected Cordero to U of T alumnus Paul Bursu, who also had an interest in cryptocurrency. Together, they and two partners began to build the Febbit concept with the support of U of T Scarborough’s Hub accelerator, one of several entrepreneurship hubs on campus. The site now boasts an online community of more than 200,000 registered users. While the business doesn’t earn enough to support any of its founders, it has nevertheless provided them with valuable experience. It also gave Cordero the opportunity to mentor a student intern.

“It’s not something I would have imagined doing as an undergraduate,” Cordero says.

In addition to his stint with TD’s blockchain group, Cordero completed two other co-op terms during his time at U of T Scarborough: one in sales for a moving company, which gave him valuable insights into how a business is run; and he spent a term in TD Bank’s digital channels group.

“When I was younger, I used to read John Grisham legal suspense novels and had a romantic idea about becoming a lawyer,” says Cordero, “but ... as I grew up, I looked at my skills and realized I had a knack for business. I learned to capitalize on my strengths and would advise other students to learn to do the same. I found that, whatever my weaknesses, I’d have a team behind me to compensate.”

He hopes to inspire other students to pursue their entrepreneurial dreams.

“If I could do this as a third-year university student and make a small profit, others can, too,” Cordero says. “It’s cool to try. Don’t worry about what others think and don’t be afraid to make the jump. Now is a good time to try these things – when you don’t have a lot of financial responsibilities.”

After convocation, Cordero plans to look for full-time job opportunities in the business world to supplement the income he gets from Febbit.

“You have to put yourself out there,” Cordero says. “You need to be comfortable with yourself, friendly, empathetic and kind – people recognize that. It’s all about being genuine.”