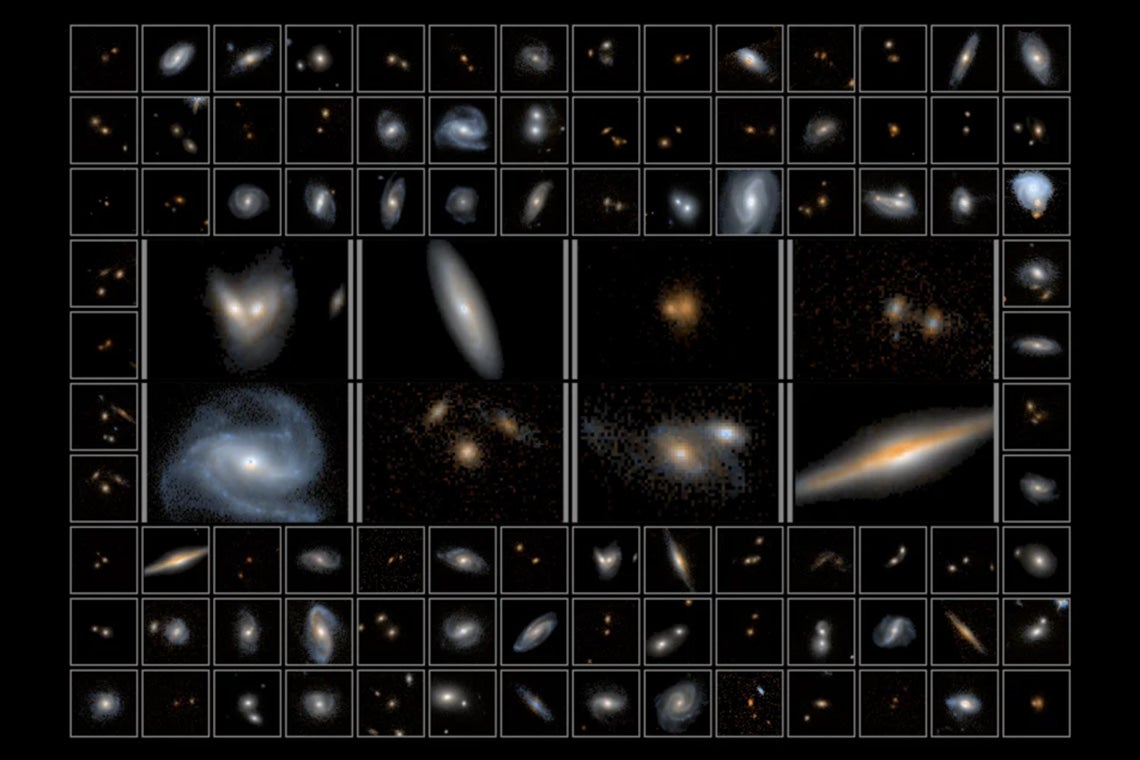 An international team of scientists recently released the largest near-infrared image ever taken by NASA’s Hubble Space Telescope, enabling astronomers to map the star-forming regions of the universe and learn how the earliest, most distant galaxies originated. Named 3D-DASH, this high-resolution survey will allow researchers to find rare objects and targets for follow-up observations with the recently launched James Webb Space Telescope (JWST) during its decades-long mission.

A preprint of the paper to be published in The Astrophysical Journal is available on arXiv. 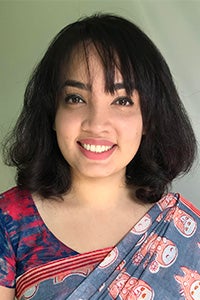 “Since its launch more than 30 years ago, the Hubble Space Telescope has led a renaissance in the study of how galaxies have changed in the last 10 billion years of the universe,” says Lamiya Mowla, Dunlap Fellow at the Faculty of Arts & Science’s Dunlap Institute for Astronomy & Astrophysics at the University of Toronto and lead author of the study.

“The 3D-DASH program extends Hubble’s legacy in wide-area imaging so we can begin to unravel the mysteries of the galaxies beyond our own.”

For the first time, 3D-DASH provides researchers with a complete near-infrared survey of the entire COSMOS field, one of the richest data fields for extragalactic studies beyond the Milky Way. As the longest and reddest wavelength observed with Hubble – just beyond what is visible to the human eye – near-infrared means astronomers are better able to see the earliest galaxies that are the farthest away.

Astronomers also need to search a vast area of the sky to find rare objects in the universe. Until now, such a large image was only available from the ground and suffered from poor resolution, which limited what could be observed. 3D-DASH will help to identify unique phenomena like the universe’s most massive galaxies, highly active black holes, and galaxies on the brink of colliding and merging into one.

The Hubble Space Telescope captured the entire COSMOS field by stitching together multiple images into one master image, a process called mosaicing (animation by Ivelina Momcheva)

“I am curious about monster galaxies, which are the most massive ones in the universe formed by the mergers of other galaxies. How did their structures grow, and what drove the changes in their form?” says Mowla, who began working on the project in 2015 as a graduate student at Yale University. “It was difficult to study these extremely rare events using existing images, which is what motivated the design of this large survey.”

To image such an expansive patch of sky, the researchers employed a new technique with Hubble known as Drift And SHift (DASH). DASH creates an image that is eight times larger than Hubble’s standard field of view by capturing multiple shots that are then stitched together into one master mosaic, similar to taking a panoramic picture on a smartphone.

DASH also takes images faster than the typical technique, snapping eight pictures per Hubble’s orbit instead of one picture, achieving in 250 hours what would previously have taken 2,000 hours.

“3D-DASH adds a new layer of unique observations in the COSMOS field and is also a steppingstone to the space surveys of the next decade,” says Ivelina Momcheva, head of data science at the Max Planck Institute for Astronomy and principal investigator of the study. “It gives us a sneak peek of future scientific discoveries and allows us to develop new techniques to analyze these large datasets.” 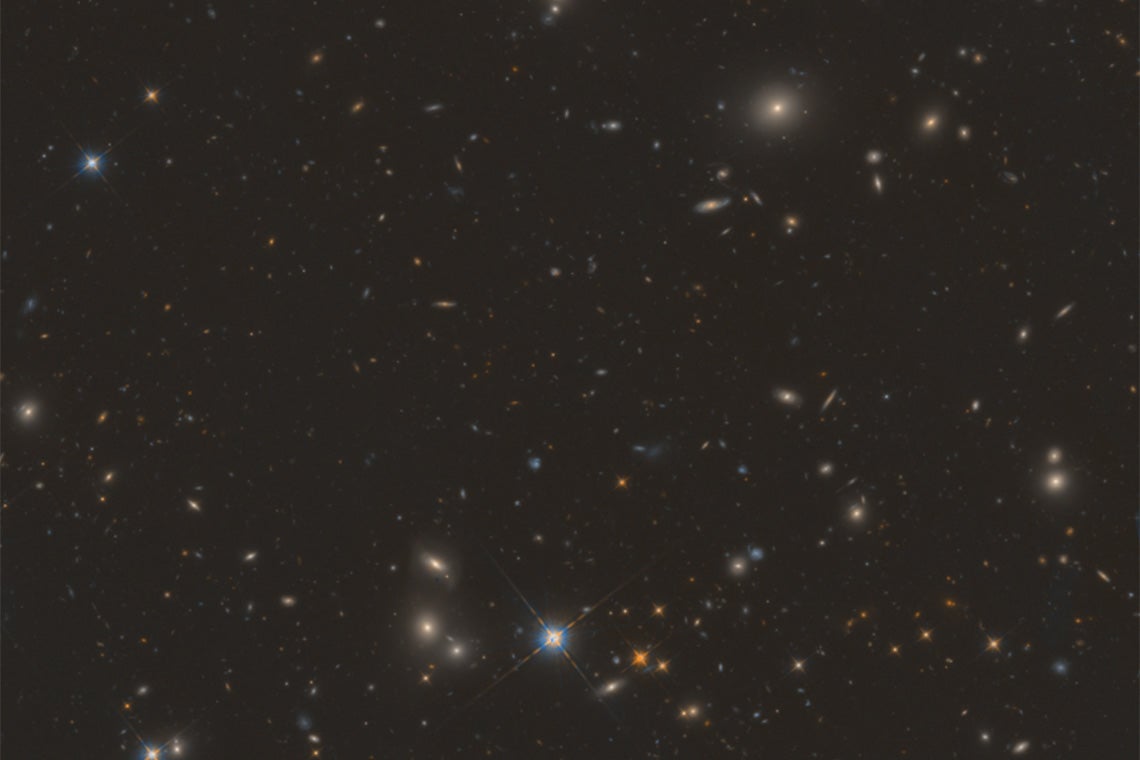 A patch of sky imaged by 3D-DASH, showing the brightest and rarest objects of the universe such as monster galaxies (image by Gabe Brammer)

3D-DASH covers a total area almost six times the size of the moon in the sky as seen from Earth. This record is likely to remain unbroken by Hubble’s successor, JWST, which is instead built for sensitive, close-up images to capture fine detail of a small area. It is the largest near-infrared image of the sky available to astronomers until the next generation of telescopes launch in the next decade, such as the Nancy Grace Roman Space Telescope and Euclid.

Until then, professional astronomers and amateur stargazers alike can explore the skies using an interactive, online version of the 3D-DASH image created by Gabriel Brammer, a faculty member at the Cosmic Dawn Center in the Niels Bohr Institute, University of Copenhagen.

The Hubble Space Telescope is a project of international cooperation between NASA and European Space Agency (ESA). NASA's Goddard Space Flight Center manages the telescope in Greenbelt, Maryland. The Space Telescope Science Institute (STScI) in Baltimore, Maryland, conducts Hubble science operations. STScI is operated for NASA by the Association of Universities for Research in Astronomy in Washington, D.C.

The full image is available at the Mikulski Archive for Space Telescopes.