How a U of T legal research startup is making lawyers more productive: Wired magazine 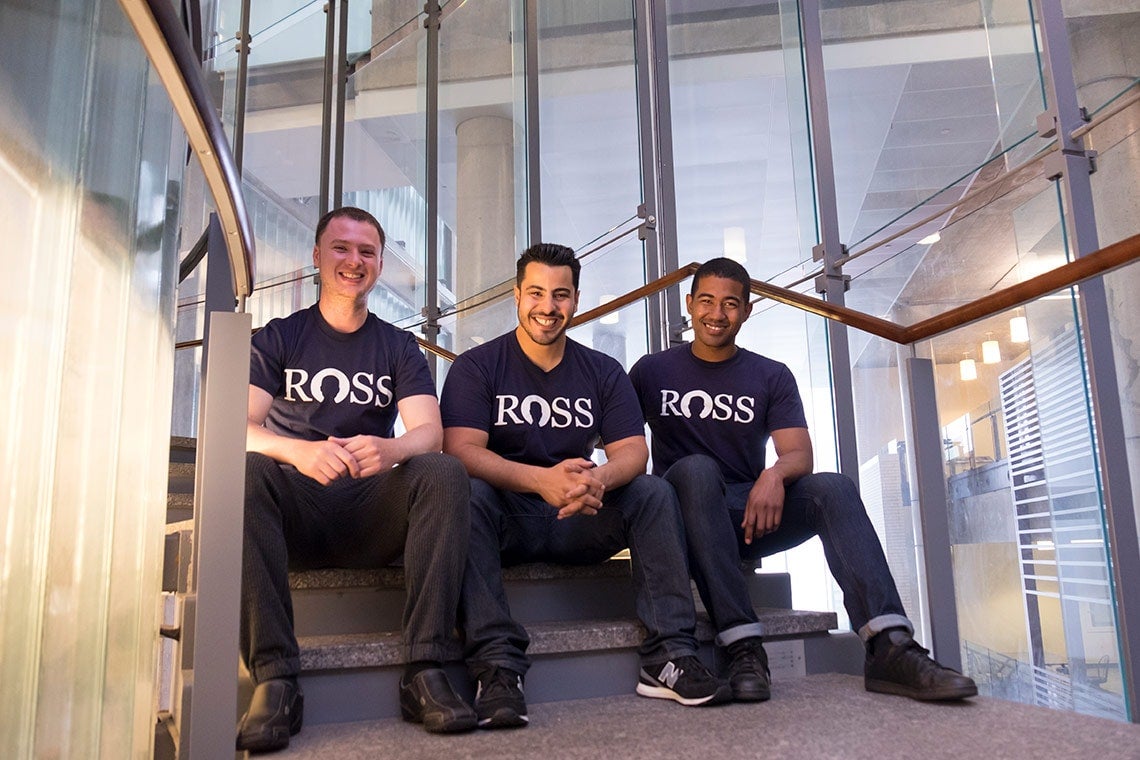 The artificial intelligence-powered legal research tool built by a University of Toronto startup is boosting the productivity of lawyers – one of whom tells Wired magazine the AI solution makes "you look like a rock star."

Lawyers at Fennemore Craig in Arizona are using ROSS Intelligence to search millions of pages of case law and write up its findings in a draft memo in about a quarter of the time it would take a human lawyer.

Anthony Austin, a partner at the firm, compared ROSS’s output to that of some first- or second-year associates, but noted a human lawyer was still needed to turn the results into a compelling argument that sways a judge.

“It lets us get to the fun and juicy stuff,” Austin told Wired.

ROSS CEO Andrew Arruda describes the technology as a “productivity” tool that allows lawyers to spend more time serving clients and focusing on the interesting parts of their jobs. Arruda co-founded ROSS along with Jimoh Ovbiagele and Pargles Dall’Oglio after U of T’s computer science researchers were selected to participate in a competition to find novel applications for IBM’s Watson cognitive computing platform.

Wired says we're now living in a "Golden Age of AI-enhanced productivity," where "AI is now powerful enough to make a solid first attempt at countless complex tasks, but it’s not so powerful that it seems threatening."

That said, some are looking further into the future. A recent article in Maclean's magazine detailed the rapid pace of AI development and included interviews with key U of T researchers like Sanja Fidler, an assistant professor of mathematics & computational sciences at U of T Mississauga, and Professor Richard Zemel, who is the director of research at the Vector Institute.

It also raised the question of potential social and economic impacts.

Zemel said Vector is "part of the conversation" about the social impact of AI technologies, while U of T President Meric Gertler noted the Canadian Institute of Advanced Research, which administers Vector's funding, is pursuing a national strategy to explore AI's impact.

President Gertler told Maclean's it's "critically important" for scholars and policy-makers to focus on the social context of AI technologies.