How a slender, snake-like robot could give doctors new ways to save lives 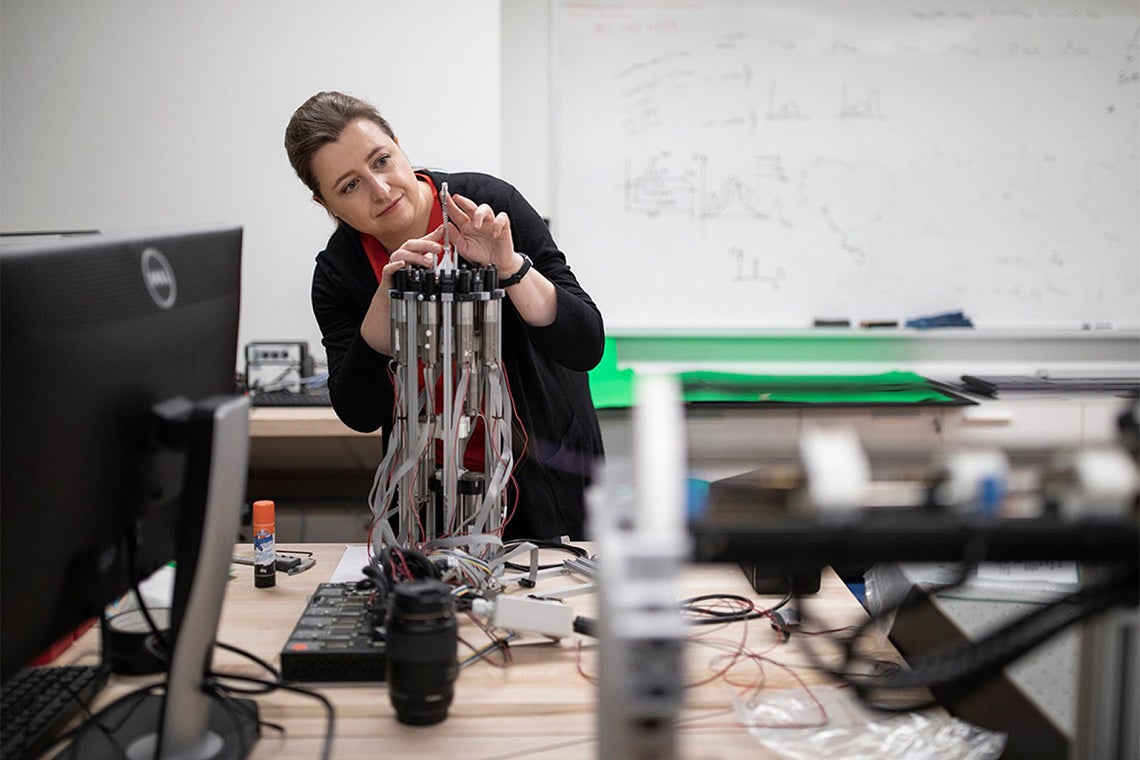 Jessica Burgner-Kahrs, director of the Continuum Robotics Lab at the U of T Mississauga, and her team are building very slender, flexible and extensible robots for use in surgery and industry (photo by Nick Iwanyshyn)

Jessica Burgner-Kahrs, the director of the Continuum Robotics Lab at the University of Toronto Mississauga, and her team are building very slender, flexible and extensible robots, a few millimetres in diameter, for use in surgery and industry.

Unlike humanoid robots, so-called continuum robots feature a long, limbless body – not unlike a snake’s – that allows them to access difficult-to-reach places.

Consider a neurosurgeon who needs to remove a brain tumour. Using a traditional, rigid surgical tool, the surgeon has to reach the cancerous mass by following a straight path into the brain, and risk poking through – and damaging – vital tissue.

The “tendon-driven” continuum robots depicted here are, in real life, about seven millimetres in diameter and are built in sections that can range in length from 15 to 70 millimetres. Other models can be even narrower. All exhibit a tentacle-like motion.

An associate professor of mathematical and computational sciences at U of T Mississauga, Burgner-Kahrs envisions a day when one of her snake-like robots, guided by a surgeon, would be able to take a winding path around the vital tissue but still reach the precise surgical site. Previously inoperable brain tumours might suddenly become operable.

“It could revolutionize surgery,” she says.

Threads running through the robot’s “body” attach to a thicker disk at the end of each body segment. These threads are pulled to control individual segments of the robot and bend them in different directions. Magnets within each disk, arranged with alternating polarities, ensure that the disks remain equidistant no matter the length of the robot segment. This helps the robot to bend as desired and to traverse a curvilinear path in a “follow-the-leader” motion – the snake-like “body” follows the path of the “head.” The lab has developed a sheath of overlapping scales sandwiched between two layers of silicone. When a vacuum is applied between the silicone layers, the normally flexible robot becomes stiff (illustration by Colin Hayes) 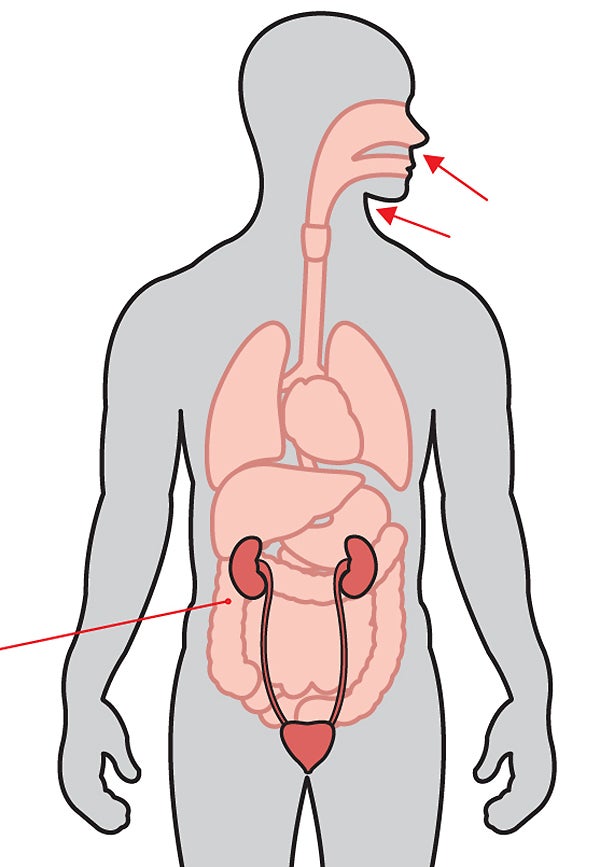 Burgner-Kahrs is developing different kinds of continuum robots that could be used in keyhole surgeries, causing even less trauma to patients than current minimally invasive surgical techniques (illustration by Colin Hayes)

Burgner-Kahrs, a computer scientist and mechanical engineer, says her lab is also developing a more advanced generation of continuum robots that are equipped with sensors and can partially steer themselves. A surgeon would have to operate the robot remotely with a computer, but the robot would know how to avoid obstacles and recognize its destination. A surgeon could deploy one of these robots to collect a tissue sample from the abdomen, for instance, or inject a cancer drug directly into a tumour in the lungs.

There are uses outside the human body, too.

A continuum robot could slide through the interior of a jet engine, inspecting it for damage. The lab is experimenting with novel forms that are even more dexterous and extensible. One recent design, with potential search-and-rescue applications, is inspired by origami: it’s very light, and can elongate up to 10 times further than other designs. 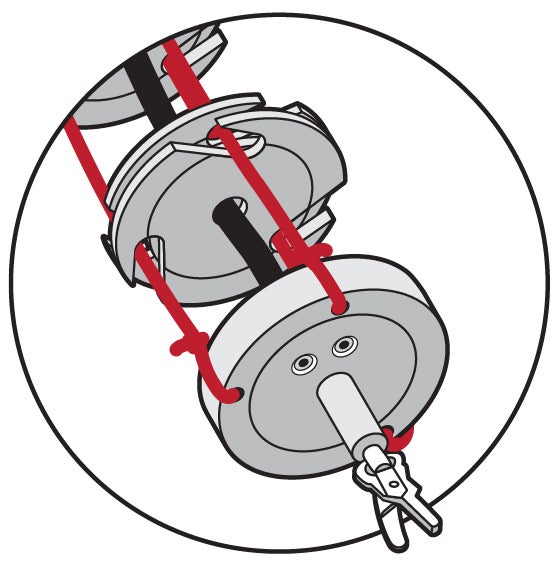 The robots could be equipped with cameras, allowing the operator to see where the robot is. Tiny surgical tools could be mounted as needed, including forceps, a laser or a suction device (illustration by Colin Hayes)

To develop robots that can be used safely in a variety of medical and other applications, Burgner-Kahrs aims to answer the following questions:

This story first appeared in the Spring 2021 issue of University of Toronto Magazine.