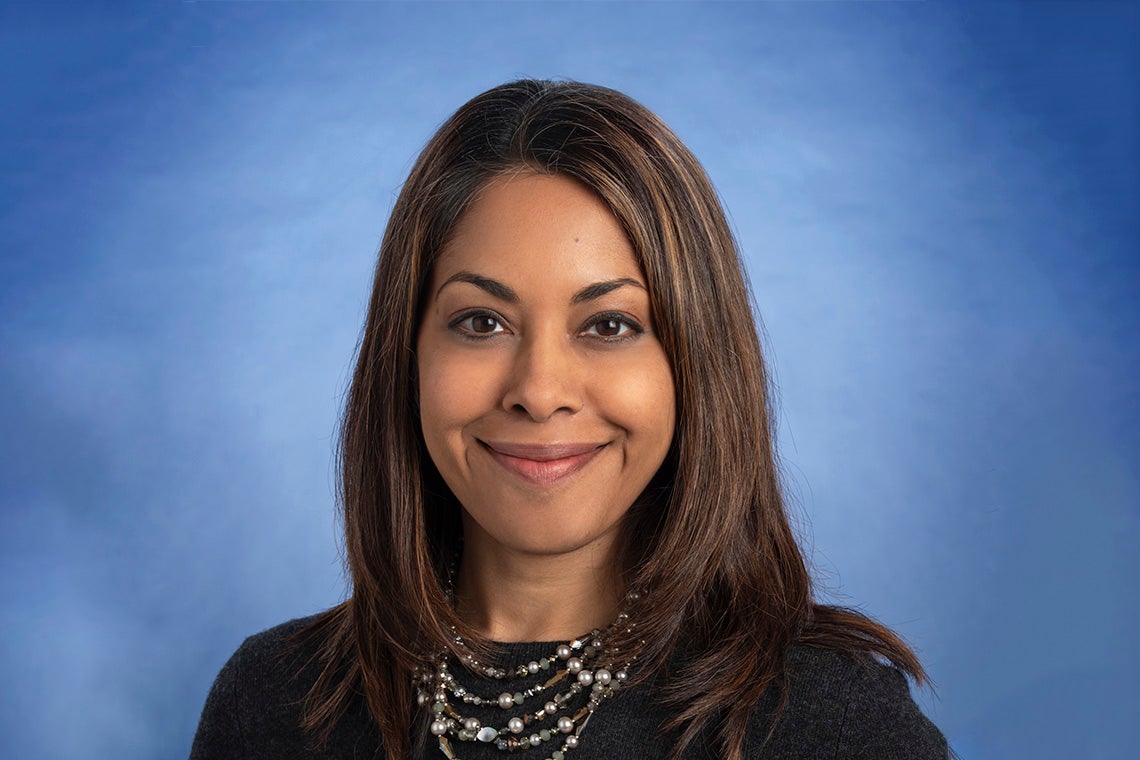 Susy Hota is an associate professor of infectious diseases in the University of Toronto’s Faculty of Medicine and medical director, infection prevention and control at the University Health Network (photo supplied)

As the province continues with its phased approach to re-opening the economy, what is the latest research telling us about how the coronavirus actually spreads?

Are tiny droplets, known as aerosols, that allow the virus to hang in the air a key route of transmission? What about touching contaminated surfaces? And why haven’t we seen more people infected on airplanes?

Susy Hota is an associate professor of infectious diseases in the University of Toronto’s Faculty of Medicine and medical director, infection prevention and control at the University Health Network. She recently spoke to U of T writer Don Campbell about what we know – and still don’t know – about COVID-19 transmission, and what precautions are needed as the province gradually re-opens its public spaces.

What is the latest research telling us about how COVID-19 spreads?

What we know about how the virus spreads hasn’t changed all that much since the start of the pandemic, but there are subtle changes to the information that we are trying to reconcile.

The primary way the SARS-CoV-2 virus, which causes COVID-19, is believed to be transmitted is through respiratory droplets released through coughing or sneezing. Most of these droplets land within a couple of metres. This is why we use two metres as a physical distancing boundary, and why we recommend wearing non-medical masks as a barrier.

But we’ve also seen the virus contained in smaller, more buoyant particles called aerosols that are about five micrometers or smaller. Because they are so small and light, they can travel farther and even hang around in a room, depending on air circulation. The question is how much viable virus is contained in those aerosols, and is it sufficient to spread an infection from one person to another?

How likely is it that the virus can be spread through these smaller droplets?

While we’ve seen some research that shows viable virus within small aerosols, we have not yet seen compelling evidence on how this translates into infections within humans. The reason we don’t believe aerosols are a primary form of transmission of COVID-19 is that we are not noting the type of attack rates you see with other viruses like measles or tuberculosis, which are transmitted efficiently through the airborne route.

We also aren’t seeing other epidemiological evidence to support widespread transmission through aerosols. In households with COVID-19 infected individuals, secondary infections only occur 10 to 20 per cent of the time. If this virus were routinely spread through airborne transmission, you would have higher numbers than that.

Another good example is what happens on airplanes. We haven’t seen airplanes full of people getting sick when one passenger has the virus, which also suggests airborne transmission is not playing a significant role.

What is the latest information about how COVID-19 can spread through surfaces?

This is another area we’ve been learning about as the pandemic unfolds. It’s probably not as big of a risk as we initially thought. Early research showed the virus could survive on surfaces for up to six days, which was worrisome. But the loads they were using in the tests were far greater than you would ever see in real life through a cough or a sneeze.

So, over time we’re recognizing that, yes, COVID-19 does get dispersed in the environment fairly easily, but it probably doesn’t last on surfaces as long as initially thought, and it’s also dependent on the type of surface it lands on. That’s good news.

It’s still very important for us to think about cleaning and disinfecting surfaces in order to manage transmission. If someone were to cough or sneeze on a surface and then someone touched that surface within a few hours, it’s still possible to transplant it to your eyes, nose or mouth. At the same time, it’s not as critical as we initially thought.

Are public safety recommendations working as they should?

Yes. The public health measures that we put in place for a respiratory pandemic virus do work, and we do see that documented in other parts of the world. And the tighter you are with the restrictions, the quicker it can bring down the case counts.

It does speak to the success of those measures, but it’s also a reminder that you need to keep up those measures in order to continue on that course.

What are the current recommendations about the best way to protect ourselves and others against COVID-19?

Social distancing, wearing masks, handwashing as well as cleaning and disinfecting surfaces are all things we need to continue doing.

I think improving ventilation systems speaks to the complexity of the virus’s transmission and what role aerosols may play. Proper ventilation of buildings appears to be important for reducing risk. Poor ventilation systems where air isn’t being exchanged very often can allow these tiny aerosols to circulate longer, so the risk of exposure to these aerosols can go up over time. It’s important that older buildings are fitted with systems that ventilate air properly in order to mitigate that risk.