How do dogs learn? U of T's undergrads look for answers 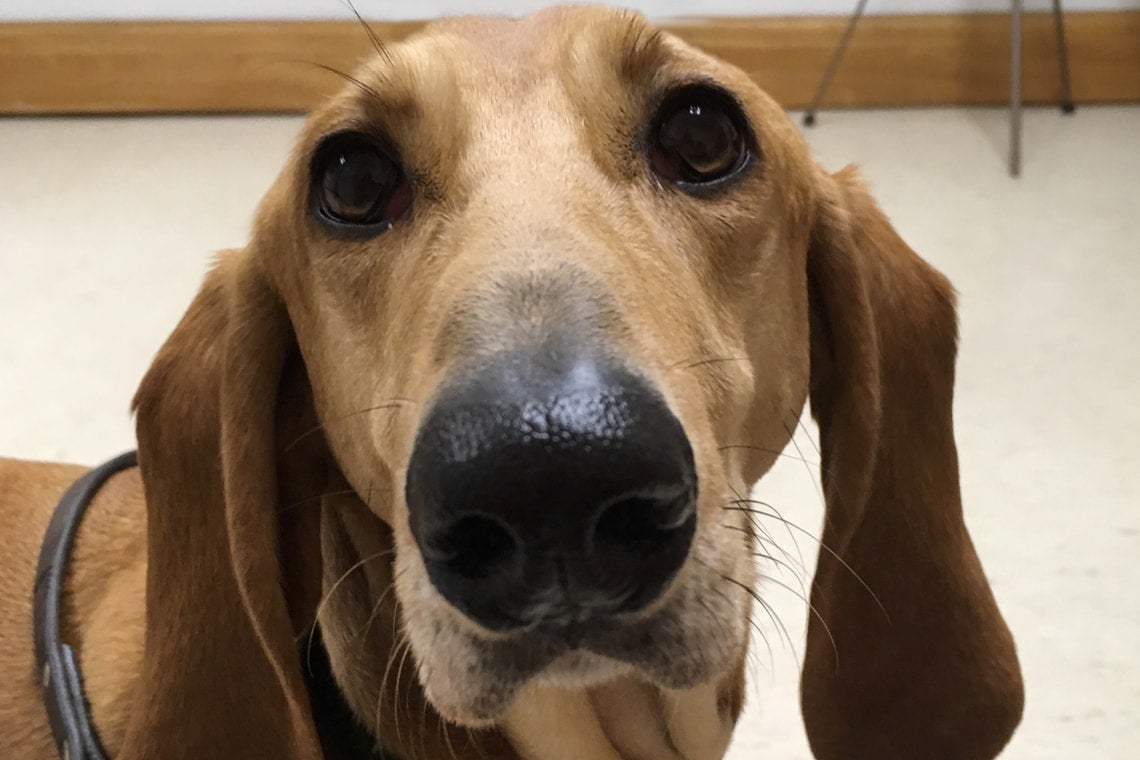 One of the studies finds dogs are not interpreting what they are being shown as a “teaching” moment in the same way that a child does. Photo of Olive, one of the dogs participating in the research (photo by Diana Tyszko)

They've discovered dogs are selective when copying humans, and how we train dogs may not be that helpful

Undergraduate students in U of T's Faculty of Arts & Science are assisting with ongoing research that sheds some light on what goes on inside a dog’s head when humans are trying to train them.

The findings are part of two separate dog cognition studies led by Daphna Buchsbaum, an assistant professor of psychology, and postdoctoral researcher Emma Tecwyn. The research included extensive assistance from undergraduate students, including several in the Faculty of Arts & Science's research opportunity program.

“People want to know how their dog thinks. Understanding how they learn from us could help us train them better,” says Buchsbaum.

“The dog wants to listen and learn, but it doesn’t understand that it’s being taught. They are paying attention, it’s just that their interpretation is maybe not the same as what you are trying to communicate.” 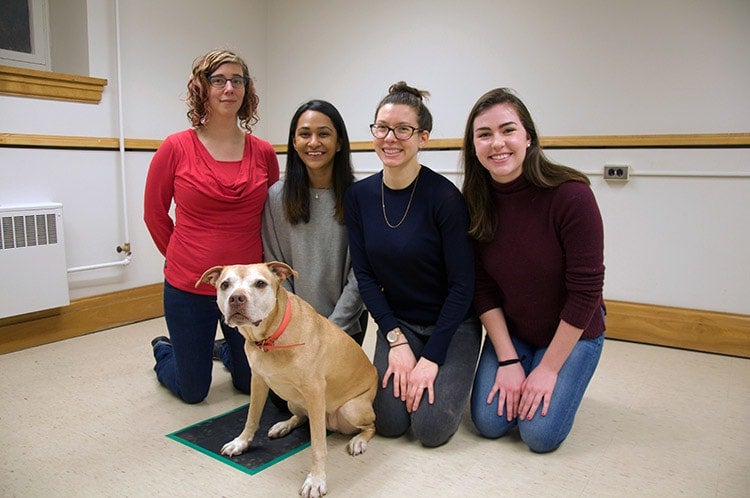 The researchers found that even using teaching cues they thought would be helpful, such as saying “hey look” to a dog just before a demonstration, actually distracted them into maintaining eye contact rather than watching what the person was doing.

“Everything we’re discovering is either confirming a result for the very first time or doing something nobody has ever really looked at before,” says Madeline Pelgrim, a second-year student majoring in psychology and human biology.

“Our research and our findings are going to influence the future of the field, and 10 years down the line, people will be looking at the research we’re doing now and wondering what they can do to build on that.”

Researchers have long argued about whether the ability to discern what they are being taught is innate to humans and other animals. There is little evidence that animals in the wild, for example, are “taught” by their parents: they simply learn through observation, and trial and error.

But their long association with their human companions have made dogs uniquely sensitive to cues thought to be associated with teaching, such as sharing, pointing and directing their attention to certain actions.

The researchers had high hopes this would make dogs one of the few animal species that – like young children – are aware of when they are being “taught” something. The study, however, seems to suggest otherwise. 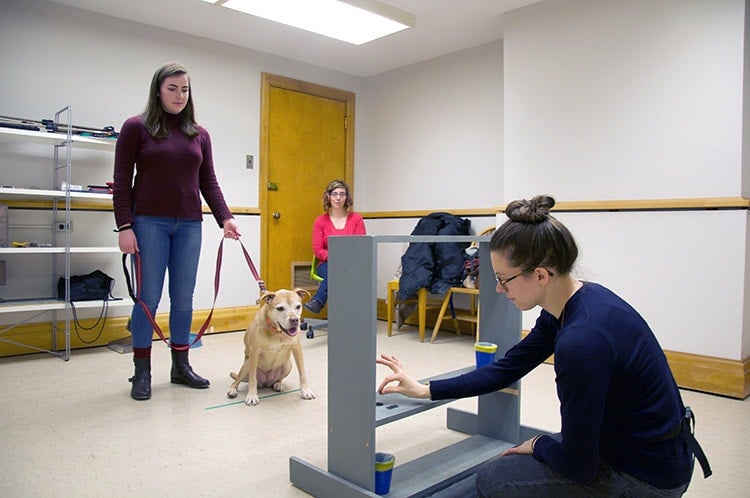 The dogs were shown a sequence of events – such as spinning a dial and then pushing a button – that would produce a treat from a box. The dogs tended to copy the second action they saw and ignore the first, especially when they figured out the box would still produce a treat if they just followed one action instead of both.

This experiment showed the dogs were not interpreting the demonstration they were being shown as a “teaching” moment in the same way that a child does.

“It shows selectivity in their copying, whereas a three- to five-year-old child would copy both actions exactly,” says Tecwyn.

A second study is exploring if dogs – unlike infant children and monkeys – can locate an object that is dropped but does not fall straight down because it is directed somewhere else by a barrier, like a shelf or a curved tube.

Gravity bias makes children and monkeys look for the object on the ground directly beneath where it was dropped.

“Dogs do not appear to have this gravity bias,” says Tecwyn. “They learn how to solve the task.”

Many of the experiments require at least three people in the lab to assist, and the undergraduates have been an invaluable part of the process. They not only help with collecting data but also with every other aspect of the experiments from recruiting the subjects to reviewing the literature and verifying the results.

“We need them for every aspect of this work,” says Buchsbaum. “It literally wouldn’t be possible to run the studies without them.”

Aarushi Gupta, a second-year human biology and physiology major, says she was nervous when she first started the research opportunity program, but gained confidence over time.
“It’s cool and exciting to be part of original research that is going to be published.”