How to construct your own language: It's 'part art, part science,' says U of T linguist 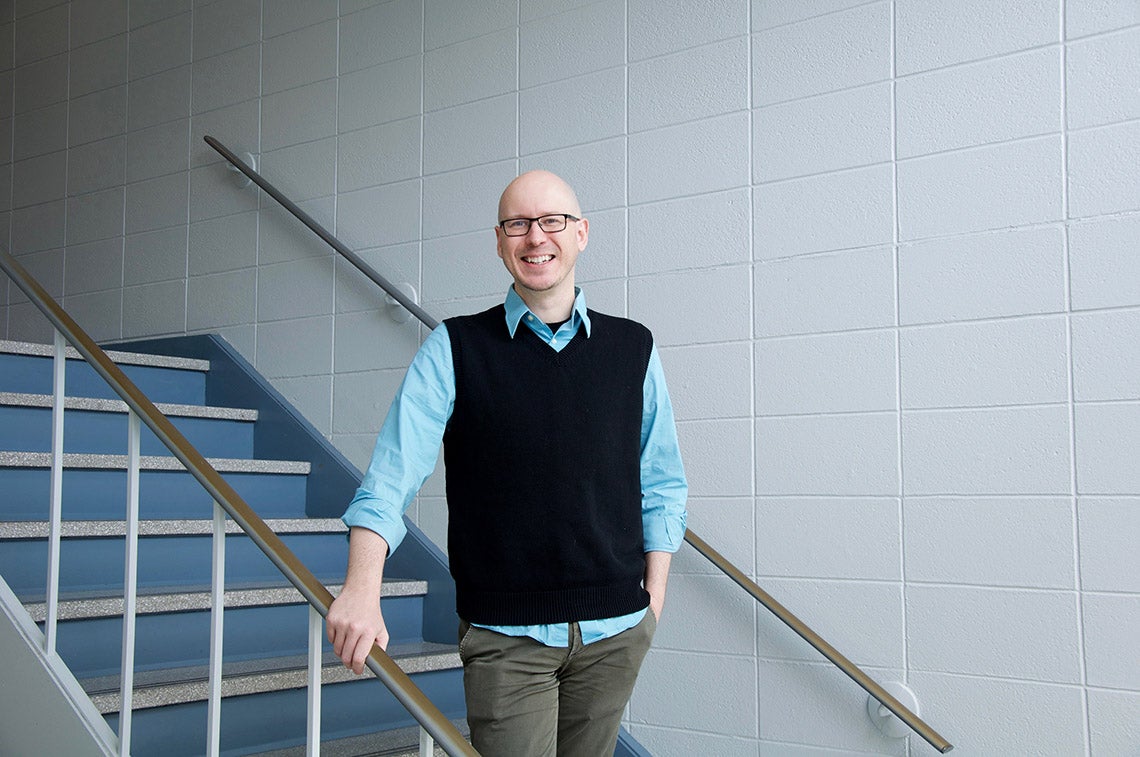 If you’ve ever caught an episode of Star Trek or Game of Thrones, picked up a novel by J.R.R. Tolkien, or watched the movie Avatar, you’ve probably come across a constructed language.

While creating a new language may seem daunting, one University of Toronto faculty member says it’s something that even a middle schooler could do – as long as you’re willing to follow the rules of linguistics.

“Language construction is part art, part science,” said Nathan Sanders, assistant professor, teaching stream in the Faculty of Arts & Science’s department of linguistics. “And the artistic component means there’s no one single method for getting started.”

But, he says the most common way is to simply start saying things out loud.

“Say things that loosely resemble what you want your language to sound like,” said Sanders. “Is it slow, hypnotically melodic with long words and a lot of vowels or harsher with short words and loud consonants?

“This will help you figure out what sounds your language will use and what shape your words might take.”

It’s that advice that Sanders gives to his students here at U of T, as well as the students he’s worked with that haven’t even entered high school yet.

Earlier this year Sanders took on a mentorship role with a Grade 8 student in the Toronto area.

Tasked with his own language construction project, the student looked to Sanders for guidance on how to make his conlang a reality – and this student was motivated.

“I didn't have to do very much initial work at all,” said Sanders. “I gave him a packet of handouts and assignments from my university-level course and he just devoured the content. I guided him through the various stages of creating his language and helped him edit the book he wrote that described his language's grammar.”

It’s that same motivation for conlangs that Sanders has seen repeatedly in his university courses.

“Students get very excited about their constructed languages and invested in making them as good as possible, which spurs them into doing research on topics that they might otherwise have found tedious,” said Sanders. “Allowing them to take ownership of their knowledge gives them extra motivation to learn, and the courses in which I've used constructed languages have easily been my most successful.”

For now, Sanders is hoping to bring the principles of linguistics to more Toronto classrooms.

“My experiences with middle school students have made it clear to me that they can easily handle serious content from linguistics, even though it’s traditionally only taught at the university level,” said Sanders.

“I'm already thinking of ways to allow for undergraduate and graduate students to participate in mentoring as part of a larger community-based experiential educational opportunity.”