How Canada can, and must, empower Indigenous communities: U of T expert 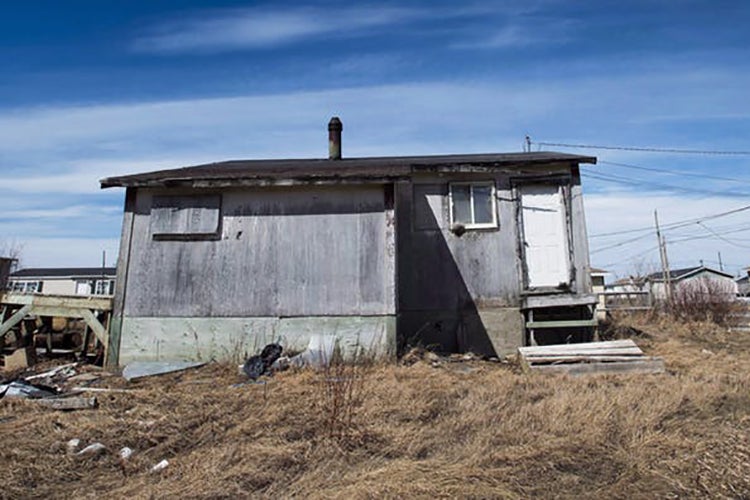 A dilapidated house in the northern Ontario First Nation of Attawapiskat. The parliamentary budget officer says it will cost more than $3 billion to bring First Nations water infrastructure up to standards (Nathan Denette/The Canadian Press)

The government purchase was required as a last resort because there’s no private sector appetite to bear the risks. It’s culminated in a Federal Court of Appeal ruling that halts, at least temporarily, the expansion project.

That court ruling made reference to inadequate consultations with Indigenous Peoples as a major factor in its decision.

This isn’t surprising. Many of Canada’s major infrastructure projects that have an impact on Canada’s Indigenous communities have resulted in protests, legal challenges and political roadblocks.

It’s now time for federal and provincial governments to treat Indigenous communities with more respect and engage them as collaborators in infrastructure projects that impact their communities, rather than a simple obstacle to be dealt with after the deal is made. There are sufficient benefits to satisfy all stakeholders.

But there is another important outcome that frankly must be elevated in importance.

Canada’s Indigenous population numbers about two million, or five per cent of Canada’s population. The average income across this community is half that of the rest of Canadians.

Engaging these communities meaningfully would close this income gap, adding $50 billion to Canada’s annual GDP. This would empower Indigenous communities, promote economic reconciliation and correct a national tragedy that has impacted these Canadian communities.

In a powerful op-ed in the Globe and Mail, Sharleen Gale, head of the First Nations Major Projects Coalition, wrote: “For generations, First Nations communities have been constrained by the Indian Act and decades of government paternalism and over-regulation. We did not have the chance to break into the modern economy, and lacked the basic business tools available to other Canadians. We could not borrow money to buy and build our homes, let alone get the funds needed to make major investments.”

Improvements to financial and economic structures have been advanced that would now enable sustainable Indigenous economic participation in large infrastructure projects.

This would allow the establishment of a timely and certain path to consultation, approval and completion of projects, while providing Indigenous communities access to the financial resources needed to develop their local economies.

Municipalities have predictable recurring revenues from their tax base, and can borrow money by issuing municipal bonds at low interest rates because those bonds are guaranteed by provincial governments.

In contrast, Indigenous communities do not have a predictable recurring revenue source that would enable planning and budgeting for local infrastructure, and federal legislation explicitly states that Ottawa will not guarantee Indigenous bond issues.

Unlike other municipalities, Indigenous communities are unable to fund infrastructure and other needed investments.

In a recent infrastructure competition, we proposed an innovative solution to this problem.

The Indigenous Infrastructure Investment Trust, or 3IT financial framework, puts Indigenous communities on an equal footing with municipalities.

A recent World Bank report on mobilizing global capital for participatory investment in infrastructure projects illustrates how this approach has proliferated across the developing world. As the 3IT framework demonstrates, it can easily work in Canada.

But bold leadership is required. Without it, critical infrastructure projects will continue to be delayed, natural resources will remain stuck in the ground and Indigenous communities will remain shut out of the modern economy.

Walid Hejazi is an associate professor of international business at the Rotman School of Management at U of T. David Robinson is executive director of The Techknowledgey Group.