How can average Canadians slow climate change? Live a low-carbon lifestyle – and tell everyone about it: U of T experts 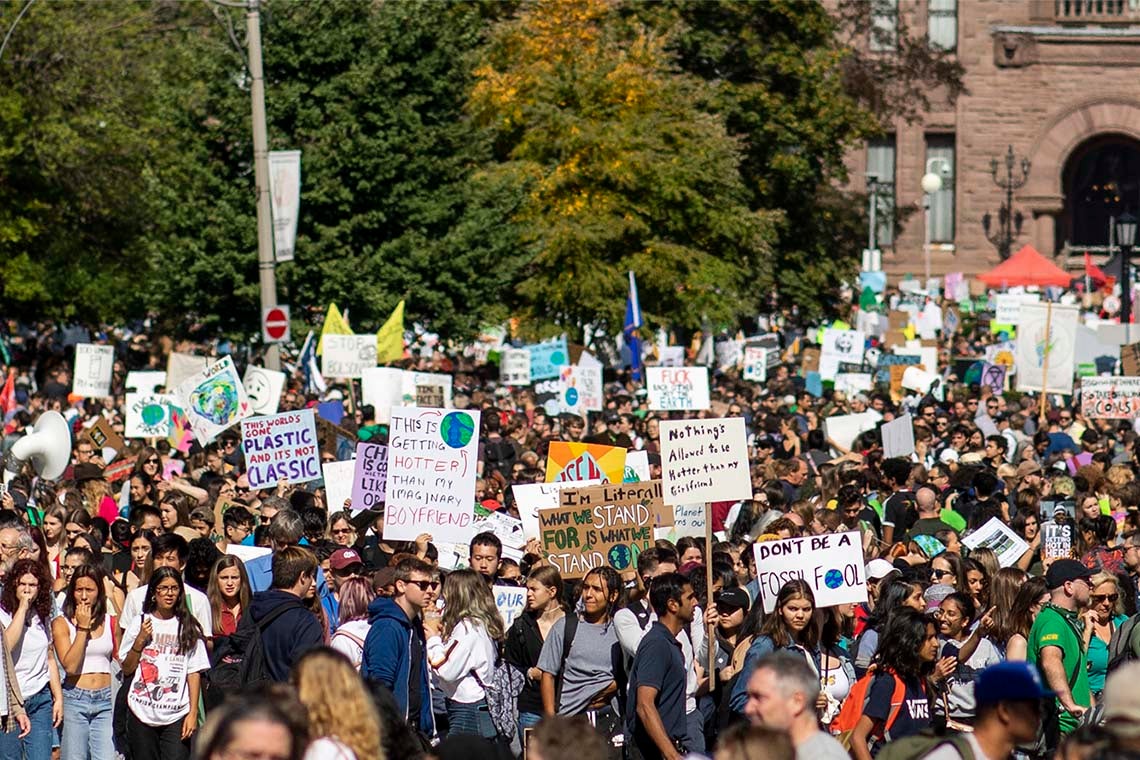 Tens of thousands of Canadians took to the streets Friday to call for action on climate change – part of a series of climate strikes that took place in cities around the world.

The strikes were inspired by 16-year-old Greta Thunberg and her sit-ins outside Sweden’s parliament. Thunberg, who led the rally in Montreal on Friday, was recently invited to speak at the UN Climate Summit where she delivered an impassioned speech that chastised political leaders for not treating climate change as a true global emergency.

"You have stolen my dreams and my childhood with your empty words," Thunberg said.

Yet, while governments have a crucial role to play, many are no doubt asking themselves a version of the following questions: How can we respond to climate change as average citizens? How do we continue to do our part to slow it down? 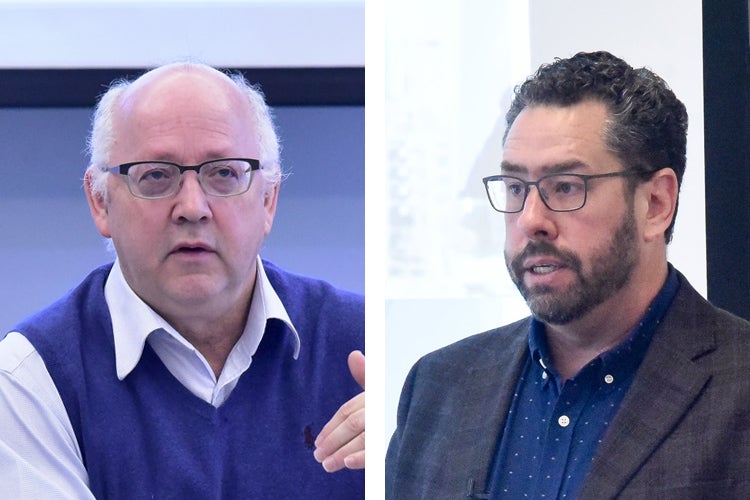 What is a climate emergency?

Hoffmann: About 600 communities have declared climate emergencies, (but) Canada is one of only three or four countries that have done it. What it really is is an expression of urgency and an expression of not wanting to continue with business as usual. It is a way to highlight the notion that we need to act quickly.

Gough: I would define it as a signal that we are on a pathway to potentially catastrophic change. To declare a crisis or emergency is a way of bringing attention to the issue so that we can address it in two ways: one is mitigation, which is the reduction of greenhouse gases; and two, to accelerate adaptation measures – in other words, anticipate what the changes will be and plan how to respond to these.

What do we do to respond to climate change as average citizens?

Hoffmann: The most important thing people can do is make sure everything they are doing around climate change is visible socially. So that means the things that you can do that are most effective are things like voting and if you are going to support renewable energy for your household, make sure you are putting a sign on the yard that says you are doing that. If you’re going to not fly, tell people because individual actions that are not visible don’t contribute to the social momentum around climate action.

Individual actions that contribute to social momentum are really important.

Gough: One is an awareness of our carbon footprint, and this comes from very specific knowledge of how we use greenhouse gases in our lives, how we’re dependent upon the way we do transit, how frequently we fly, and how we heat and cool houses and buildings.

What would our daily lives look like for us to adapt to it?

Hoffmann: Adapting to it means not just adapting to the impacts of climate change, it means adapting to what it takes to generate a low-carbon future. That is going to be disruptive as well, but hopefully disruptive in a good way. If we take the problem seriously and the challenge seriously, we have a great opportunity to make our cities more livable.

Hoffmann: We are adapting to climate change. It isn’t a discreet problem to solve anymore. Climate change is the context in which we live. For instance, every infrastructure decision that a city makes is a climate adaptation plan because the climate is changing.

Is it too late to slow climate change down?

Gough: It’s never too late to make a difference. However, there might be some tipping points. For example, the West Antarctic Ice Sheet is on ground at the moment, but it’s becoming less stable. If that whole piece falls into the ocean, we will experience an immediate six to eight metres of sea level rise. That’s the kind of disaster scenario that movies are made of. Frequency of weather extremes as a result of climate change are also quite worrisome – heat waves, cold air outbreaks, floods, droughts and violent storms.

Other impacts are much more likely – the gradual loss of habitat for example. It’s not as if we haven’t experienced change in our climate history. We have. It’s the pace of the change and whether animal, plant and human populations can adapt to the rapidly changing conditions.