How bacteria invade: U of T research sheds light on age-old mystery 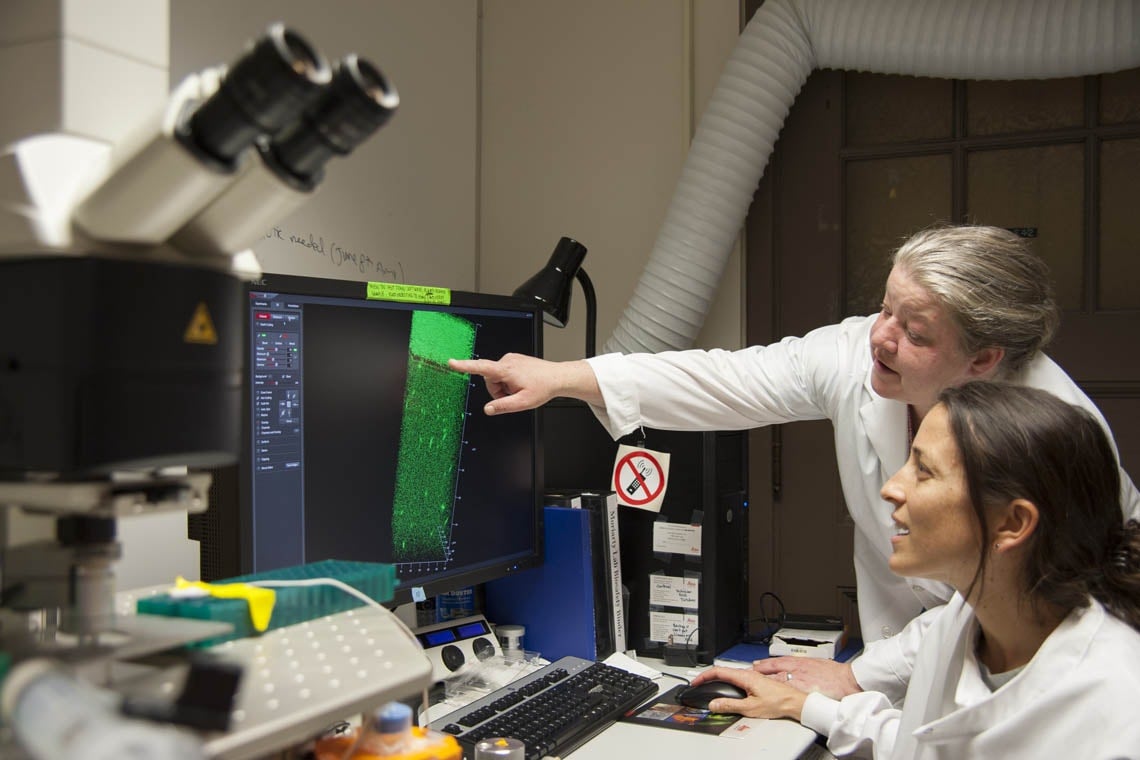 They’re small, unassuming – and potentially deadly. And while most bacteria are rendered harmless by the body’s defense mechanisms, to date there has been very little understanding of exactly how bacteria are able to navigate the blood stream to invade organs, where they can cause massive damage and in some cases, death. But in a study published in the journal Cell Reports this week, scientists at the University of Toronto have used a new live-imaging system to shed new light on this ancient mystery. To their surprise, the researchers found that bacteria utilize the same strategies for invasion that the body’s immune cells use for defense.

The team focused its study on the bacterium B. burgdorferi, known to cause Lyme disease which can invade joints, brain, heart and other tissues. This bacteria is part of the spirochete family of bacteria associated with diseases such as relapsing fever, leptospirosis, and periodontal disease – a major cause of human disease worldwide.

To uncover the secrets behind this bacteria’s massive success, the team developed novel imaging analysis methods to capture and study thousands of films of the individual bacterium in flow chambers and blood vessels.

“It’s always been hard to understand why spirochete bacteria are so highly invasive,” explained Tara Moriarty, assistant professor at the Faculty of Dentistry and the Department of Laboratory Medicine and Pathobiology, Faculty of Medicine, and senior author of the study.

That’s because once bacteria enter the bloodstream – say, from the bite of a tick – they face a great deal of force. Imagine a fast-flowing river: the bloodstream should exert enough force to sweep the bacteria through the circulatory system and into the liver, spleen and lungs, where they would be met by the body’s immune system and eliminated.

But in fact, the bacteria’s catch bonds grow stronger as they encounter more force from blood flow, which makes them particularly good at sticking to blood vessels.

Likening their imaging process to “plucking a single cell out of a haystack,” and filmed in real time, the researchers deduced that individual bacterium use ‘catch bonds’ and ‘tethers’, something like an anchor on a rope, to hook onto the blood vessel’s endothelial cells and slow down. The propeller-like structures which help bacteria propel forward appear to allow the bacteria active control of their movements, enabling them to wriggle out of the flowing river of blood and make their way into other parts of the body.

“This is the first time we’ve seen this with any bacterium,” said Moriarty.

But perhaps the most striking feature of the bacteria’s invasion tactics is that they are eerily similar to those of the body’s own immune cells. Different in terms of their shape, size and surface proteins, bacteria and white blood cells nonetheless seem to move about the body using the same catch-tether techniques. “It’s pretty surprising and fascinating that you’d see bacteria [use these methods], too,” Moriarty added.

The study’s first author, Faculty of Dentistry PhD student Rhodaba Ebady, hopes that the study’s novel imaging technique can be used in other in vitro studies. “I’m still pretty amazed at the behaviour of the bacteria when they are interacting with the endothelial cells. They do some very interesting things sometimes,” Ebady said.

“I hope to see this research continue for other bacteria that require vascular dissemination to cause infection [and that] it will lead to finding ways to prevent the dissemination of bacteria,” she added.