How American cities and states are fighting climate change globally

The Conversation with U of T's Emma Lecavalier 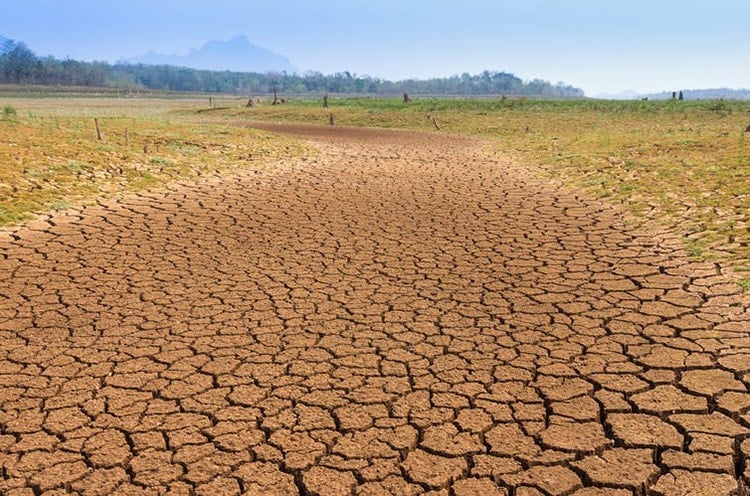 A severe summer drought in Thailand in 2016 caused many of the country’s reservoirs to dry up, including this one near Lampang (photo by Shutterstock)

Since the Trump administration announced last June its intended withdrawal from the Paris Climate Agreement, attention – and hope – has turned to America’s cities and states.

Many local and regional governments actively voiced support for upholding the United States’ pledges under the Paris Agreement. Initiatives that represented those commitments, including the U.S. Climate Alliance, the We Are Still In declaration and America’s Pledge were all active participants at November’s UN climate conference (COP23) in Bonn, Germany.

Given these pledges, UN Secretary General Antonio Guterres suggested these organizations could, in the end, honour the previous U.S. commitment to the Paris Agreement.

However, optimism aside, the sense remains that American cities and states are no substitute for U.S. national action on climate change. This is especially the case when it comes to the country’s global financial commitments under the Paris Agreement.

Even if the U.S. meets its domestic goals, the administration’s policy shift leaves a gaping hole in the Green Climate Fund (GCF). The fund provides grants, loans and equity financing for adaptation and mitigation efforts in developing countries.

The Obama administration pledged $3 billion to the fund from the U.S., making it the single largest contributor. However, only $1-billion was delivered by the time the Trump administration announced the pullout.

It’s not likely that California or New York City will pay into the GCF on the White House’s behalf. However, that doesn’t mean local action in the U.S. is irrelevant for global climate finance more broadly. In fact, climate policy in American cities and states can have global impacts in two key ways.

First, it lowers the costs of climate action through so-called policy learning.

Designing, developing and piloting new policies takes time and money. By developing policies to combat climate change, American cities and states can lower the costs of climate action for other sub-national governments.

In other words, when a state like California spearheads an initiative such as its carbon-trading scheme, it generates knowledge and expertise that can lower the barriers to policy implementation for other jurisdictions seeking to do something similar.

These efforts can also inspire policy action elsewhere. It’s fitting that David Vogel coined the phrase “the California effect” to describe the race-to-the-top that environmental leaders can spark beyond their own borders.

Already, we’re seeing the barriers to local policy action being lowered. For example, among member cities of the C40 – a global network of municipalities committed to fighting climate change – the number of climate actions that were citywide increased from 15 per cent in 2011 to 51 per cent in 2015. What this highlights is how local climate action is maturing from pilot initiatives to full-fledged policy.

It also highlights how policies are increasingly ready to be replicated elsewhere. At the 2016 UN climate conference in Marrakesh, Morocco, the World Bank launched the Global Platform for Sustainable Cities. The platform will enable Chinese cities to build from California’s experience in order to boost their low-carbon development. Commenting on the launch, the World Bank’s vice-president for sustainable development said: “We need partnerships like this if we are going to deliver on the ambitions of Paris.”

The reach and influence of city and regional networks can also help spread these policies beyond the industrialized Global North. For example, the city of Changwon, South Korea developed its bicycle-based public transit system, Nubija, through a collaboration with the C40 and the city of Paris.

This is part of a more general trend across the network. In 2015, C40 member cities reported 30 per cent of their climate actions were delivered through collaborations with other cities, and two-thirds of these collaborative efforts were facilitated by the C40 itself.

In addition to lowering the costs of action, policies in U.S. states and cities can also spur interest in reforming lending practices to better support sub-national climate action. This broader shift can help make alternative funds available to local governments, a move that could benefit cities and regional governments in developing countries.

Ensuring the benefits of financial reform reach developing countries may require some creative thinking. One example is through non-sovereign guaranteed loans. This type of lending can help localize climate finance in the developing world by allowing sub-national governments to access financing despite low national credit ratings.

These are just some examples of the indirect benefits of local and regional climate action.

Of course, these benefits cannot replace America’s financial commitments to the GCF. But through the cost savings that come through policy learning and the effects sub-national action can have on global climate finance, climate action among cities and regions can help bolster the fight against climate change.

Solutions should focus on filling the Trump-shaped gap in global climate finance through sharing the benefits of policy learning and financial reform with local governments in the developing world.

By doing so, we can work to avoid undercutting future climate action in the poorest regions of the world.

Emma Lecavalier is a research assistant in the Environmental Governance Lab at the University of Toronto's Munk School of Global Affairs and a PhD student in political science.