Horrors of genocide: U of T students travel to Rwanda to study the country's path to justice 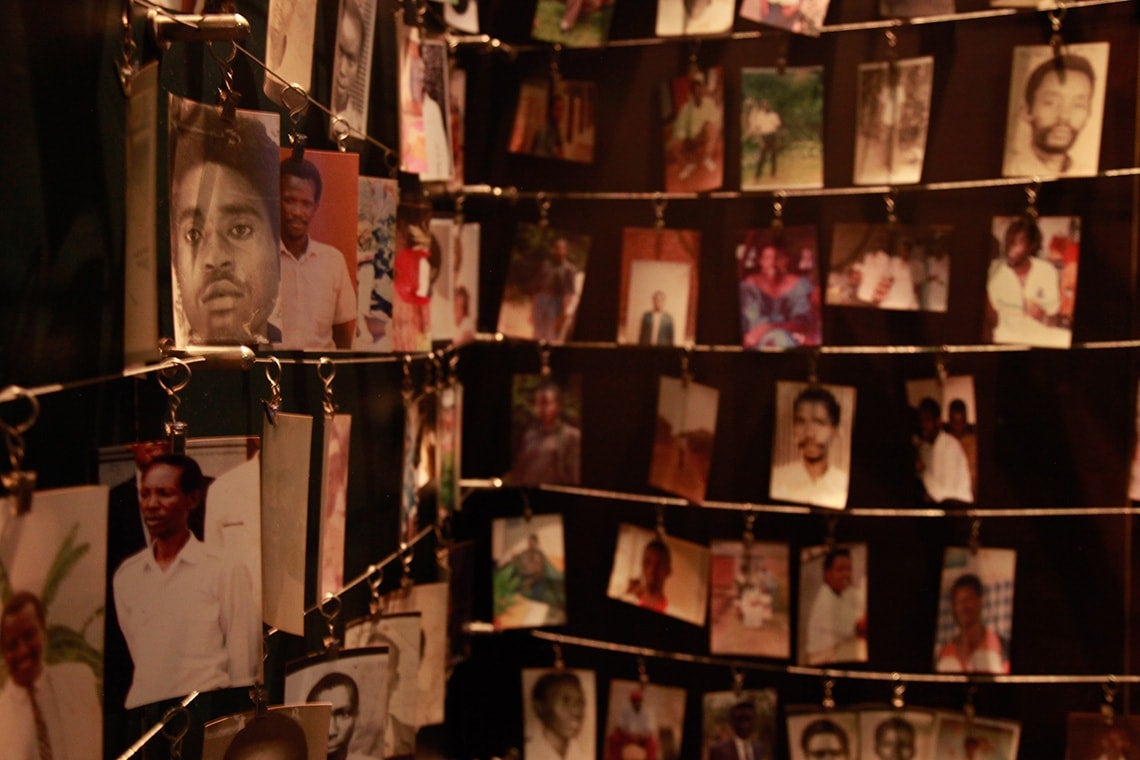 It's one thing to study genocide in a classroom, but quite another to visit sites where thousands of people were killed in a brutal extermination campaign.

“You can feel the lasting sorrow and death that has impacted Rwanda when you visit the memorials, and it is visible in how many lives were lost in such violent ways,” said Jennifer Paul, a fourth-year U of T student who is majoring in political science and diaspora & transnational studies. “It's an extremely tragic yet important part of Rwanda's history.”

Paul and other students in Aggrey Wasike’s African Systems of Thoughts course, studied African thought and foundational thinking about issues including Rwanda's genocide. They travelled recently to Rwanda to explore its violent past and to learn about the country's restorative justice initiatives. 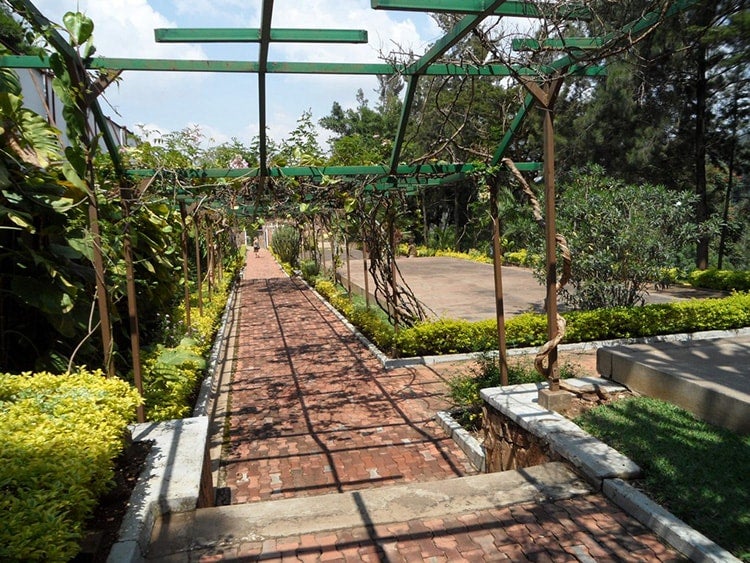 The mass graves at the Kigali Genocide Memorial Centre are laid in three main rows. More than 250,000 victims of the genocide against the Tutsi have been buried at the memorial since 2001 (photo by Chinezelum Azogu)

Students travelled about 30 km south of Kigali, Rwanda’s capital city, to Nyamata Church. Today the site is one of the memorials to the approximately 1 million people who were murdered during the 100 days of the Rwandan genocide in 1994. While serving as a refuge for Tutsis fleeing the Hutu-led militias, Nyamata Church was the site of a massacre.

“It is very important for students from Canada to see for themselves,” said Wasike, an assistant professor, teaching stream in the African studies program at New College. “Talking about something, or learning about something in a classroom does not come anywhere close to experiencing it for real. Visiting Rwanda created vivid memories for students, and they are likely to retain those memories for the rest of their lives.”

Wasike, who was born in Kenya and whose research covers Bantu languages, African languages as well as related issues such as language policy, language and integration in post-colonial Africa, said students learned about how people in the church were killed during the massacre – some were burned to death in the kitchen; children had their heads smashed against the wall in the Sunday School room.

A total of 50,000 people in the area were killed, and skulls and bones of the many victims are on display at Nyamata Church. 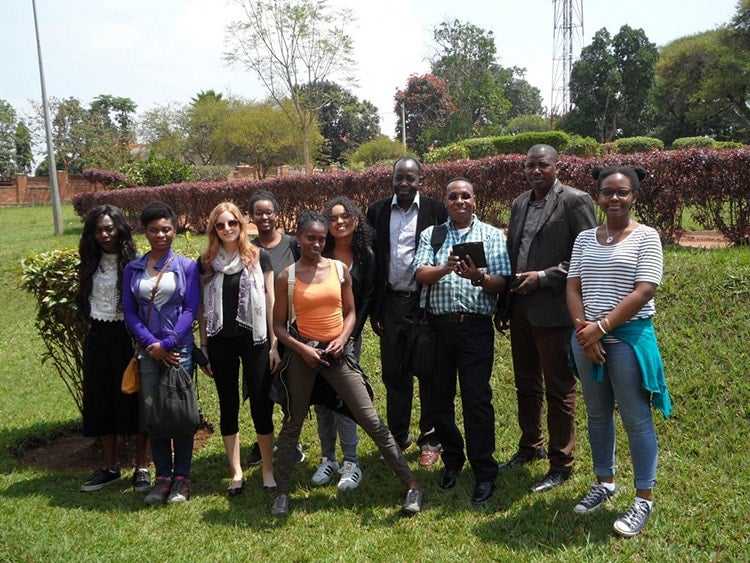 Chinezelum Azogu, a fourth-year Spanish specialist, said visiting the Kigali Memorial's children's room – filled with pictures of children killed during the genocide – made an indelible mark on her.

“It really made me aware that my actions and those of others must always encourage peace and diplomacy to ensure the security of every life, especially such young and innocent lives.”

The trip provided students with exposure to concepts they had covered in class, including retributive and restorative justice.

Azgou said she also learned about how Rwanda has moved forward since the genocide.

“When we visited the genocide memorial sites, we saw graphic evidence of the violence that occurred during the genocide, but when you walk on the streets and drive down the countryside, there is a sense of great peace and calm as if it had never happened,” she said.

“Learning about the genocide from the survivors also highlighted the complexity of human relations and how actions by different actors in society can lead to disastrous consequences.”

Wasike said he thought Rwanda would be a good place to illustrate some of the concepts and ideas in the course. He was able to do so with the support of the Faculty of Arts & Science’s International Course Module program, which enables students to travel to a specific location to experience, in a more immediate way, material from their course.

“Rwanda is in many ways a microcosm of Africa, and I thought it would be the best place to illustrate some of the concepts and ideas that students learn in NEW351,” said Wasike. “Rwanda experienced genocide and had to deal with justice for both the victims and perpetrators. More importantly Rwandans needed to find ways of healing and moving forward as one unified country.” 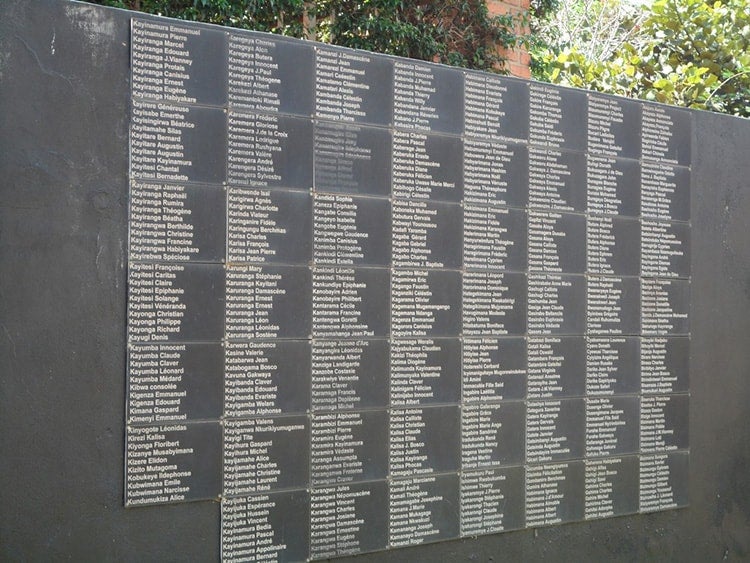 While Canada and Rwanda are different in many ways, Wasike notes that our own truth and reconciliation process could benefit from Rwanda’s experiences.

“I think one lesson that Canada can learn from Rwanda is that restorative justice is the better option for healing, mending broken relationships, dealing with mistrust and building harmony in any society whose past has dark, criminal and unjust spots,” he said. “Real justice and true healing begins when the victims and perpetrators come face to face with each other in a public space where they engage in an open and frank discussion of the crimes and ills that were committed.