'An honour': U of T alumna – and Olympian – Alicia Brown receives CAN Fund support 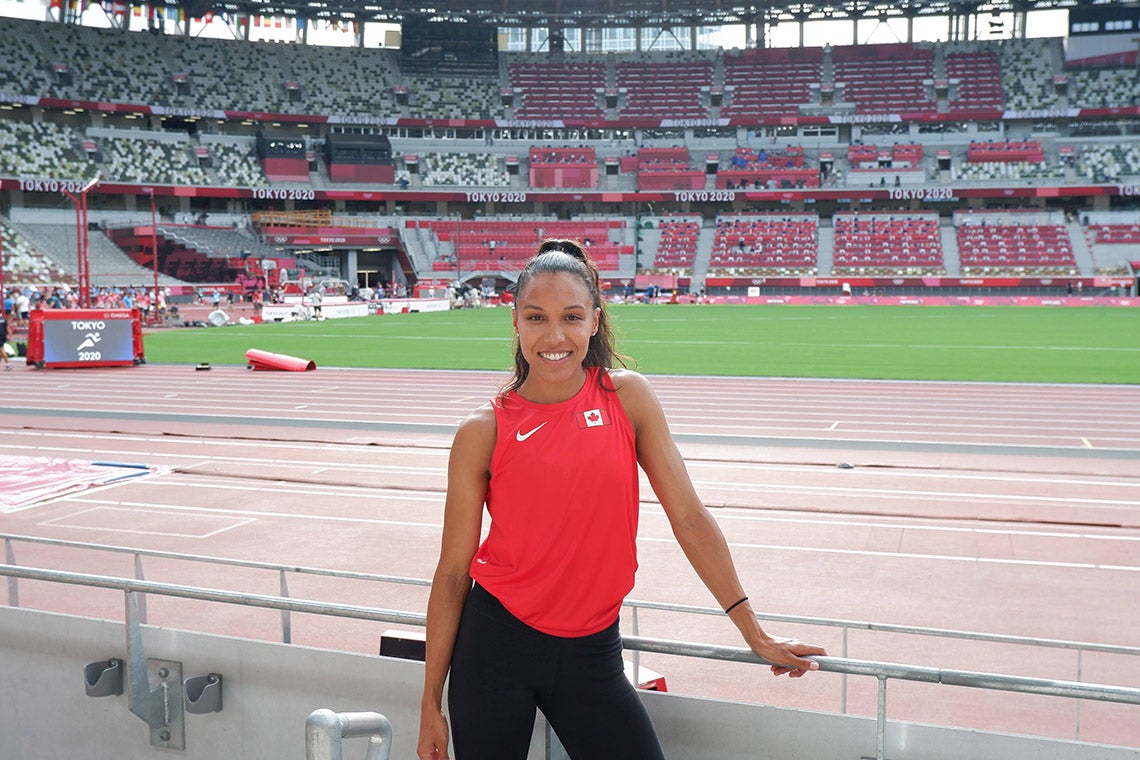 Alicia Brown, a U of T Mississauga alumna and staff member at Hart House, competed for Canada in the 4x400 relay event at the Tokyo Summer Olympics (all photos courtesy of Alicia Brown)

Alicia Brown was finishing her workout before heading to Tokyo’s Olympic Village when her teammate surprised her with the news: She was just named a CAN Fund #150Women recipient.

“I wasn’t expecting it at all,” says Brown, an alumna of the University of Toronto who recently competed for Canada in the 4x400 relay at the Tokyo Summer Olympics – and narrowly missed making the podium.

“It took a second to process it, what it means, and what impact it could have on myself and my experience in sport. It’s definitely an honour.”

Brown, who graduated from U of T Mississauga with an honours bachelor’s degree in communications, culture and information technology and is a a membership sales and service associate at Hart House, is one of 390 female athletes to be awarded $6,000 each from the organization. 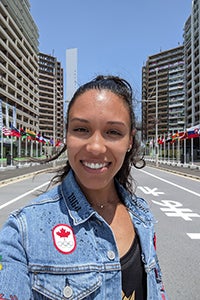 Brown has always had a passion for sport. She started playing soccer competitively at a young age. Then, in high school, she joined her school’s track and field team – and never looked back. Throughout her life, she says she always dreamed of competing in the Olympics – which became a reality in 2016 and again this year.

The journey to the Olympics wasn’t been easy.

Brown says she knows all too well the many struggles female athletes face – including body image issues and balancing society’s views of how a girl or woman should be. That’s often in addition to the stress of juggling training, work and family obligations.

“It's important for girls to see strong, powerful female bodies represented,” she says. “I want them to know that strong and athletic is beautiful, and that they don't need to change who they are or what they aspire to be in order to fit in.

“I think this is particularly important for racialized girls who may not see themselves represented in mainstream media.”

There’s yet another major barrier – one that all athletes face: funding. Brown says she has seen many talented athletes stop competing due to lack of money.

“To participate in high level track and field is expensive, especially in Canada where our winters are cold,” she says, noting that Canada’s frigid temperatures often mean athletes must move to indoor tracks or pay to travel south to participate in lengthy warm-weather training camps where major costs like food and hotel stays – to name a few – quickly add up.

Through organizations like CAN Fund, Brown says athletes are given the opportunity to continue to pursue their athletic careers. Now, as a CAN Fund #150Women recipient, she says she has that same opportunity.

For now, Brown is giving her mind and body some time to rest after competing in the Games. While she’s not sure what her future athletic career holds, she says the award will greatly help as she comes out of an extremely costly training season.

“I remember navigating the year and being like, ‘Just do it, you’ll figure it out after,’” she says. “A lot of the support that I got from CAN Fund #150Women really helps me go back and balance the books in many ways. It’s never too late for that funding.”