From hip-hop to handshakes, U of T anthropologist studies youth culture in Kenya 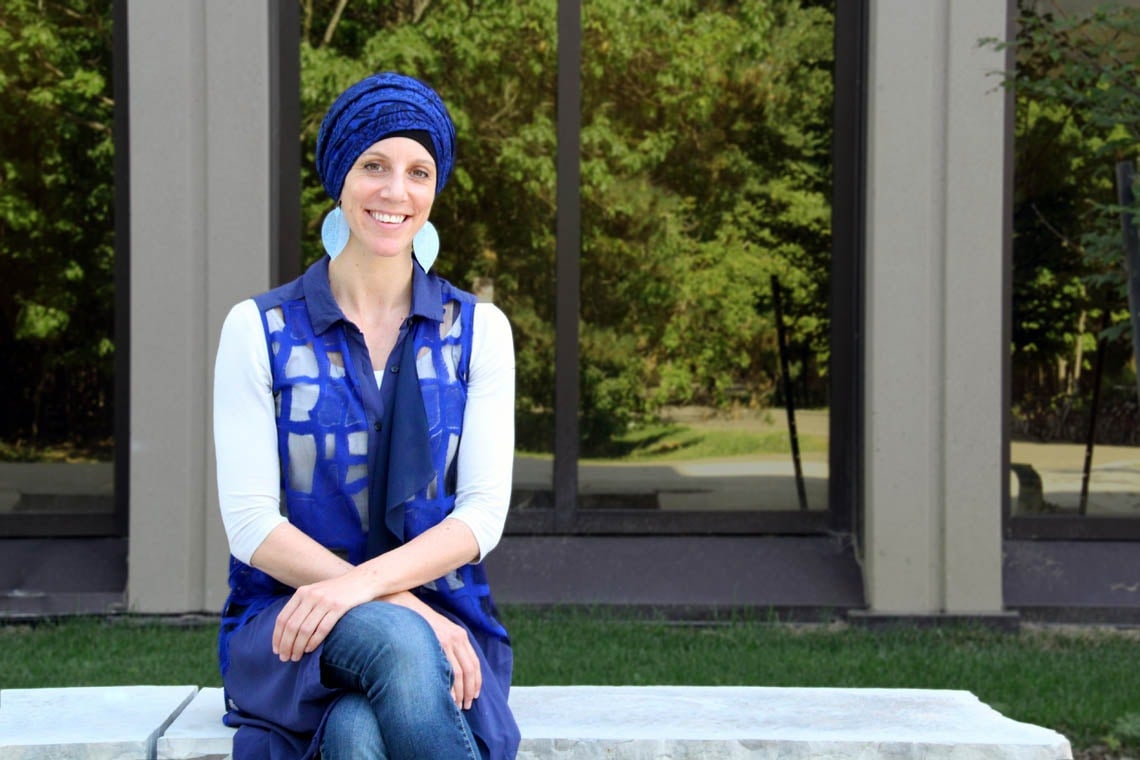 Sarah Hillewaert lived in Lamu for three years, documenting how Lamu’s young people are responding to the economic, political and cultural changes in their community (Blake Eligh photo)

From a secret language that parents don’t understand to the complexities of a not-so-simple handshake, U of T Mississauga anthropologist Sarah Hillewaert studies how young Kenyans negotiate the interaction between traditional and global cultures.

The Belgian anthropologist originally considered becoming a professional dancer, but her training with African dances led instead to an undergraduate degree studying African languages and cultures at Belgium’s Ghent University.

A backpacking trip to Kenya to practice Swahili introduced her to Sheng, a youth language that developed in the slums of Nairobi. Hillewaert was intrigued by the way the language, spoken mainly by young Kenyans, crossed ethnic and economic barriers. “I researched the development of Sheng—how it is used and its linguistic structure,” she says. “I also looked at how Sheng was used in underground hip-hop and how it became an identity marker for urban youth. Sheng represented a new identity that moved away from ethnic stereotypes and crossed ethnic lines.”

Hillewaert, who speaks five languages, went on to earn her master’s degree and PhD in linguistics and anthropology at the University of Michigan. Now an assistant professor with UTM’s Department of Anthropology, Hillewaert has become an authority on youth cultures in Kenya.

Her most recent research focuses on youth culture in Lamu, a town of about 10,000 people on an island of the same name just off the coast of Kenya in the Indian Ocean. Hillewaert describes the Muslim community as an “island paradise” with white sand beaches and architecture that dates back to the 1500s. “Lamu was once a prosperous trade centre, trading with the Arab world and India, but in the last few decades, the island’s economy has fallen on hard times,” she says. “The community is very poor. Beautiful mansions are now crumbling because no one has money to look after them, so ex-pats buy the houses, which is turning the area into a haven for Westerners.”

Hillewaert lived in Lamu for three years, documenting how Lamu’s young people are responding to the economic, political and cultural changes in their community. Two generations ago, their conservative Muslim grandmothers lived in total seclusion, Hillewaert says, and many observant women still wear niqabs or cover their faces with a veil, known locally as a buibui, when out in public spaces. But as the younger generation tries to build a future in Lamu, they must interact in new ways with westerners as they take jobs in traditional offices and in the growing tourism trade. Girls studying in a madrasa in Lamu, Kenya.  (Photo by Godong/Universal Images Group via Getty Images)

“That contrast fascinates me,” Hillewaert says. “For young women, integration in the employment and education arena is quite recent. They want to contribute financially, but that exposes them to new social interactions, such as working with men,” she says. “Their grandmothers lived in seclusion, and their mothers were also segregated. How do these young women maintain respectability for themselves, and with their family, while at the same time do their job well? They are trying to negotiate that.”

Hillewaert details some of these complex interactions in her recent paper, which describes the intricate semiotics of a simple handshake in Lamu. “How a young woman interacts with people in the office can become the subject of gossip to her community outside of work," Hillewaert says. “Do you shake hands? You’re not supposed to touch members of the opposite gender, but in a professional work environment, one shakes hands."

Another recent publication looks at cultural notions of morality and servitude and what those assumptions mean for young Muslim men working in Lamu's tourism industry as sailors and 'beach boys.'

“Lamu's young people are consciously contemplating different aspects of their identity, like religion, fashion choices, employment and relationships with their parents, while being concerned with what it means to be a virtuous person in a rapidly changing society," Hillewaert says. "It's exciting to show how they are dealing with very complex issues and dilemmas, as other young people do around the world. Their struggles are recognizable and yet very different."