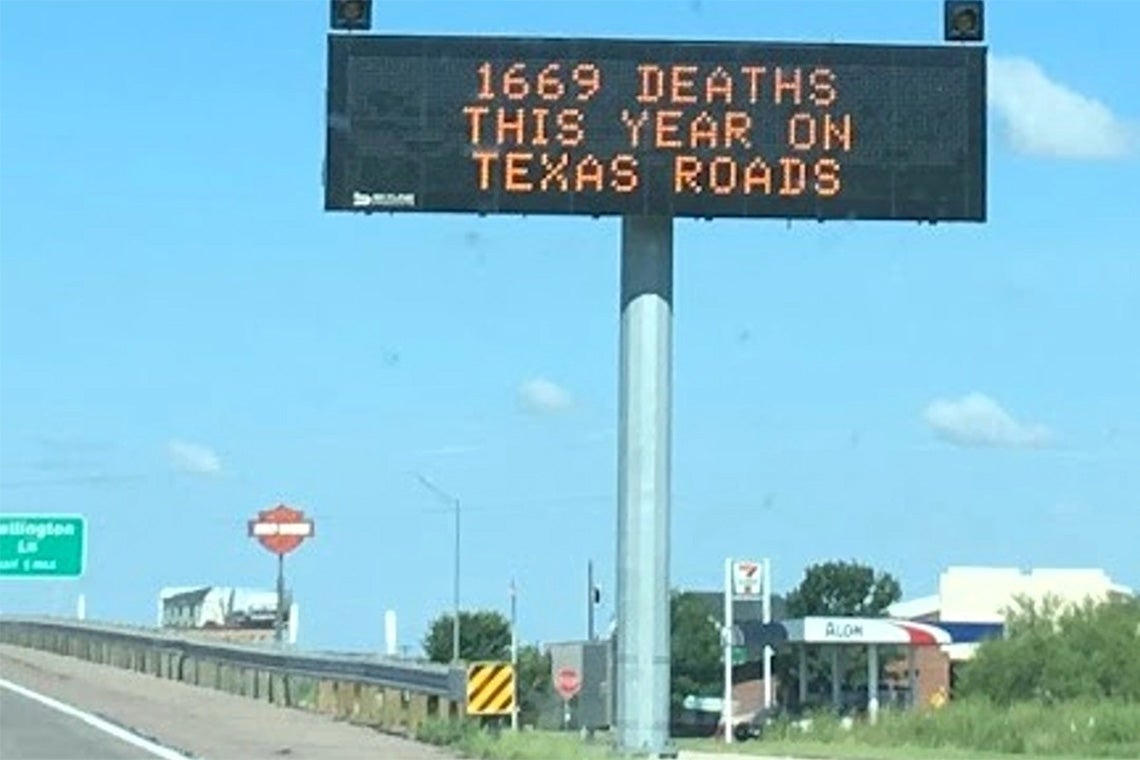 Electronic billboards displaying traffic fatalities to encourage safer driving may actually contribute to an increase in crashes, a recent study co-authored by the University of Toronto's Jonathan Hall suggests. 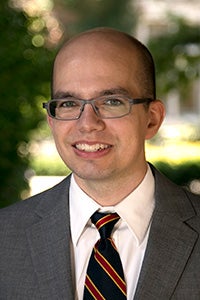 Using years of highway data from Texas, Hall – an assistant professor in the department of economics in the Faculty of Arts & Science and the Munk School of Global Affairs & Public Policy – teamed up with Joshua Madsen, of the University of Minnesota, to test the effectiveness of this strategy to reduce accidents.

They found that a message advertising the number of traffic deaths was linked with a 4.5 per cent uptick in crashes over the next 10 kilometres. That’s an increase comparable to raising the speed limit by between roughly 5 and 8 kilometres per hour or reducing the number of highway troopers by 6 to 14 per cent.

“Our back-of-the-envelope calculations suggest that fatality messages cause an additional 2,600 crashes and 16 fatalities per year in Texas alone, with a toal social cost of (US) $377 million per year,” the researchers said.

Extrapolating to a nationwide figure, the researchers say safety messaging causes an extra 17,000 crashes across the U.S. and 104 deaths per year, with a social cost of US$2.5 billion.

In an interview with the Wall Street Journal, Hall said he and Madsen were surprised by their findings. "We did not start this project thinking these signs hurt, we thought they helped," he told the paper. "I think a reasonable takeaway would be that state departments of transportation should test their messages and track which of these messages are too distracting and which are helpful."

The researchers suggest that efforts to reduce traffic fatalities by way of electronic messaging may be backfiring because they are temporarily distracting and lead drivers to make mistakes.

Hall and Madsen took their data from Texas because messages there were consistently displayed one week a month. They compared highway data from the time of the campaign, from 2012 to 2017, to the two years prior, comparing weekly differences within each month.

“The messages increased the number of multi-vehicle crashes, but not single-vehicle crashes,” Hall said. “This is in line with drivers with increased cognitive loads making smaller errors due to distraction, like drifting out of a lane, rather than driving off the road.”

Moreover, the researchers found that the effect is worse as the year progresses and the traffic fatality count displayed on message boards increases. The largest number of additional crashes was recorded in January, when the fatality number was the highest. Hall and Madsen suggest that more sobering, in-your-face messaging could be even more distracting and harmful.

“Driving on a busy highway [and] having to navigate lane changes is more cognitively demanding than driving down a straight stretch of empty highway,” said Madsen, who teaches at the University of Minnesota's Carlson School of Management. “People have limited attention. When a driver’s cognitive load is already maxed out, adding on an attention-grabbing, sobering reminder of highway deaths [can] become a dangerous distraction.”

But the researchers did find that the safety messages fulfilled their intended purpose when the number of displayed deaths was low and when the interventions occurred on less busy highways. Madsen says this may be because these messages were not as taxing on drivers' attention.

While safety campaigns vary from place to place, the researchers say authorities should consider other ways to promote road safety.

“One of the key takeaways from this research was that fatality message campaigns increase the number of crashes, so stopping these campaigns is a low-cost way to improve traffic safety,” Hall says.

“This study illustrates why it is so important to study the effects of ‘nudges’ and other behavioural interventions. Just because a policy is well-intentioned doesn’t mean that it will result in a good outcome.”

This research was supported by the Social Sciences and Humanities Research Council of Canada and the European Union’s Horizon 2020 research and innovation program.

Read more about the study in the Los Angeles Times