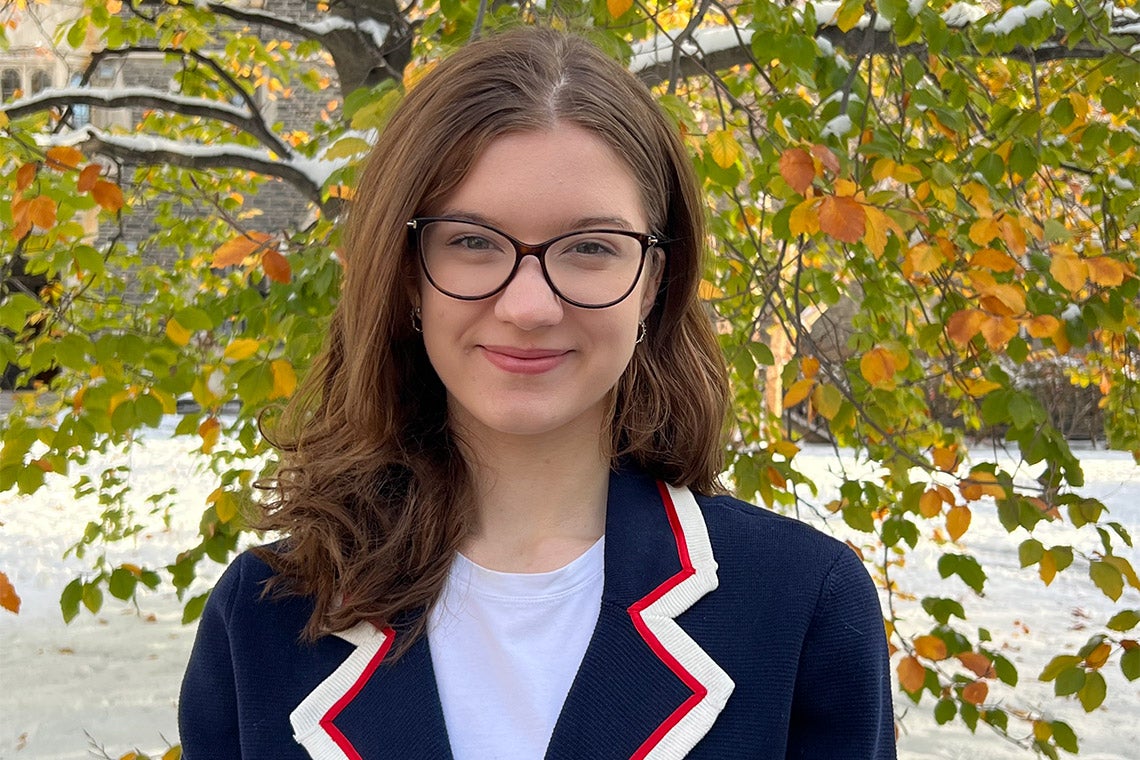 Annika Waschke, a first-year student at Victoria College, was involved in a high school science project that scheduled to be launched into orbit next year aboard Blue Origin's New Shepard rocket (all photos courtesy of Annika Waschke)

When Blue Origin’s New Shepard rocket lifts off the launch pad sometime in 2023, first-year University of Toronto student Annika Waschke will be watching with great interest.

That’s because the mission will include an experiment designed by Waschke and her teammates in 2020 during a high school STEAM (science, technology, engineering, arts, math) program called Shad. Their payload is a device that will fabricate polyurethane foam – used in packaging, insulation and other applications – in a microgravity field high above the Earth. They will then test the material once it’s back on the ground.

A member of Victoria College, Waschke clearly has an interest in science. But her plan in U of T’s Faculty of Arts & Science is to explore the many academic paths that lie before her. 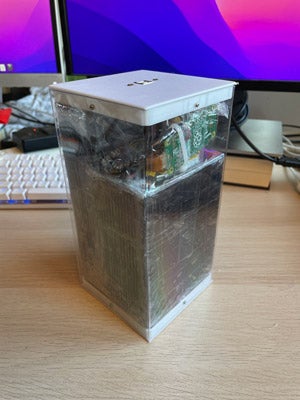 “I want my degree to be a holistic experience. I want both art and science, and one of the reasons I chose U of T is that there are so many different fields of study. I want my university experience to be about mind, body and soul – psychology for the mind; physiology for the body; and literature for the soul.”

Waschke recently spoke to Faculty of Arts & Science writer Chris Sasaki about her space experiment and her academic plans.

What is the New Shepard experiment that you and your Shad team designed?

The challenge was to design an experiment to fly onboard a New Shepard rocket during its suborbital flight. So, it had to work in microgravity, fit into a shoe box and have scientific and social merit. We became interested in foam and how it behaved in microgravity and, eventually, we ended up looking at polyurethane foam.

So, the payload is basically a box containing some syringes, a motor, a camera and a small computer. Once it senses it’s in microgravity, two ingredients from separate syringes will be mixed, react with each other and turn into foam. Our hypothesis is that since there's less gravity, there will be less force on the bubbles, and they won’t pop as easily – so, the foam will be more stable. Then, once the mission is over and it returns to Earth, we’ll test the foam and see if we’re right.

You were also in a very interesting work study program. Can you tell us about it?

The program was with the Ted Rogers Centre for Heart Research. It looks at aortic dissections – tears in the layers that make up the body’s main artery, the aorta. Aortic dissections are serious and can lead to death unless the patient is operated on within 24 hours. In the program, we were investigating whether there were genetic markers that were a sign of aortic dissections before they happened. I was interested in this project because I did a science fair project in Grade 10 in which I used an artificial neural network to detect aortic dissections on a CT scan. My partner and I trained an artificial intelligence program to look at CT scans and identify areas where tears were more likely to happen. This would make it easier for a radiologist to look for dissections. 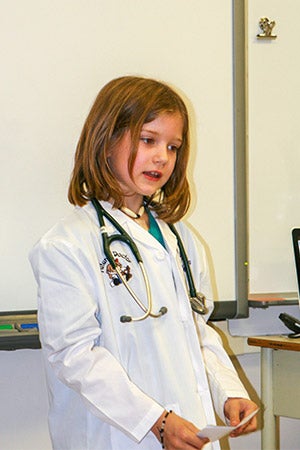 Both those projects sound fascinating, but you’re not planning on a strictly science and technology program at U of T, are you?

No. A lot of my scientific background has been in the natural sciences – so, chemistry and biology – and I find it all interesting. But I've always wanted to understand how people work, the psychology behind behaviour. So, I’m interested in experiments that aren’t just looking at, say, how a protein functions, but that are also about the behaviours associated with that function.

One of my goals in life is to truly connect with people. And I think having a background in psychology and understanding why people act the way they act – for example, why someone lashes out at someone else – is how you can really understand humans that you interact with in your day-to-day life.

When did this interest in health care begin?

My interest in health care started in the third grade. I remember delivering a presentation to the other students about why my dream job was to be a doctor. I'm interested in health care for the same reason I’m interested in psychology: I care about people, and how they think and feel, and I just want to help. Also, I think health care is one of the ways I can be a change-maker. You don't need to be a doctor. All you need is to have 15 seconds and you can change a person’s life; and if you make a positive change in 50 people's lives, I think that's enough.