U of T has flagship role in Ontario post-secondary education, says provincial report 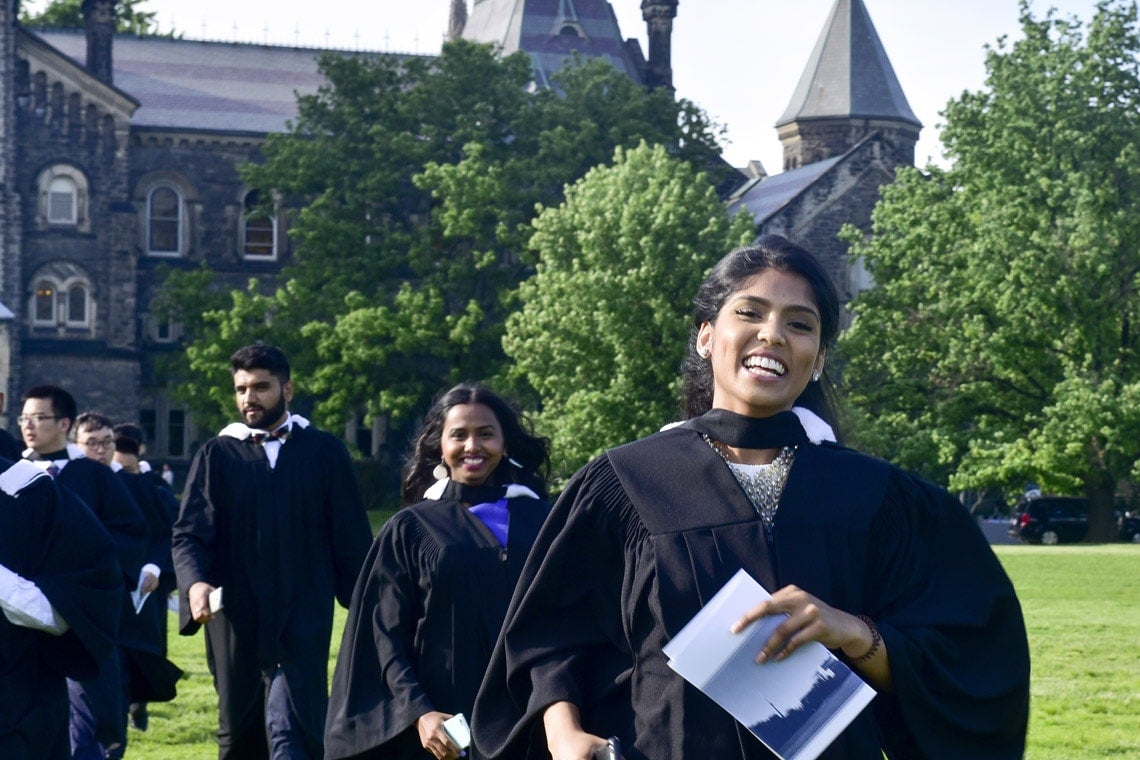 The University of Toronto has a “powerful flagship role” to play as Ontario’s one internationally ranked top-tier university, says a new report by the provincial agency dedicated to improving the quality of higher education.

The new report by the Higher Education Quality Council of Ontario takes stock of provincial efforts to establish clear distinctions among the province’s 20 universities and recommends further action to differentiate the research and teaching efforts of individual schools.

The Ontario government has made differentiation a key policy, negotiating strategic mandate agreements in 2014 with institutions that ask them to identify factors that make them unique in the system.

The new report urges the Ontario government to “move strongly and boldly” to encourage greater differences among schools, and singles out U of T as an important resource for the whole province. Having a top-tier university, “reflects well on the entire system and, like a rising tide, lifts all boats,” the report finds.

U of T president Meric Gertler welcomed the report’s findings.

“This analysis confirms U of T’s flagship position within the Ontario system, as an institution of research and teaching that is recognized around the world,” he said.  “We need to do all we can to attract the best minds to our campuses, to provide the best learning environment to our students and give them the kinds of opportunities that prepare them well for lifelong success. This report acknowledges that a one-size-fits-all funding model makes it increasingly difficult for us to deliver on this commitment.”

The report recommends “seizing the opportunity to restructure funding and enrolment expectations to ensure that Toronto continues to be able to play its unique and powerful flagship role for Ontario.”

In addition to U of T, the report singles out six other “research-intensive” universities, and groups four others as “in-between” or regional institutions. Nine others it describes as “mostly undergraduate” institutions that emphasize teaching and learning.

It concludes that “the most promising strategy is to concentrate research resources – infrastructure, sponsored funding and graduate education – into the already more research-intensive universities that attract the greatest student demand.”

The new report also looks at differences in the “teaching mission” of individual universities using measures such as equity of access, graduate outcomes and demand. It concludes that schools that serve student bodies with more complex needs should get the support needed to meet that demand.

“In a differentiated system, institutions build on their areas of expertise, allowing each to make its optimal contribution,” HEQCO president and CEO Harvey Weingarten said in a statement. “Ontario has the opportunity to show international leadership in building a postsecondary system that is more cohesive, more sustainable and of higher quality.”

The report cautions that the distinctions it makes are not a form of ranking. “Differentiation describes how institutions are different, not which are better,” it states.

In a time of budget restraint, the report sees differentiation as a way to increase choice, leverage institutional strengths and avoid expensive duplication. “Differentiation is a strategy for spending existing resources with greater impact and better outcomes,” it states.  At the same time, it is critical of the provincial funding formula that is based on per student funding and as such only rewards enrolment growth.

Such a standardized approach is the “conventional default in public-sector funding schemes,” because it is easy to administer and easy to defend as fair, but “is not a particularly powerful approach to driving differentiation,” it finds.

The report, ‘The Differentiation of the Ontario University System: Where are we now and where should we go?” was written by Martin Hicks and Linda Jonker and builds on the research done by HEQCO on this topic over the past six years. HEQCO was created by the Ontario government more than a decade ago to conduct research, evaluate the postsecondary education system and provide policy recommendations to the province.