Henry Ssali wants to raise awareness about the plight of refugees 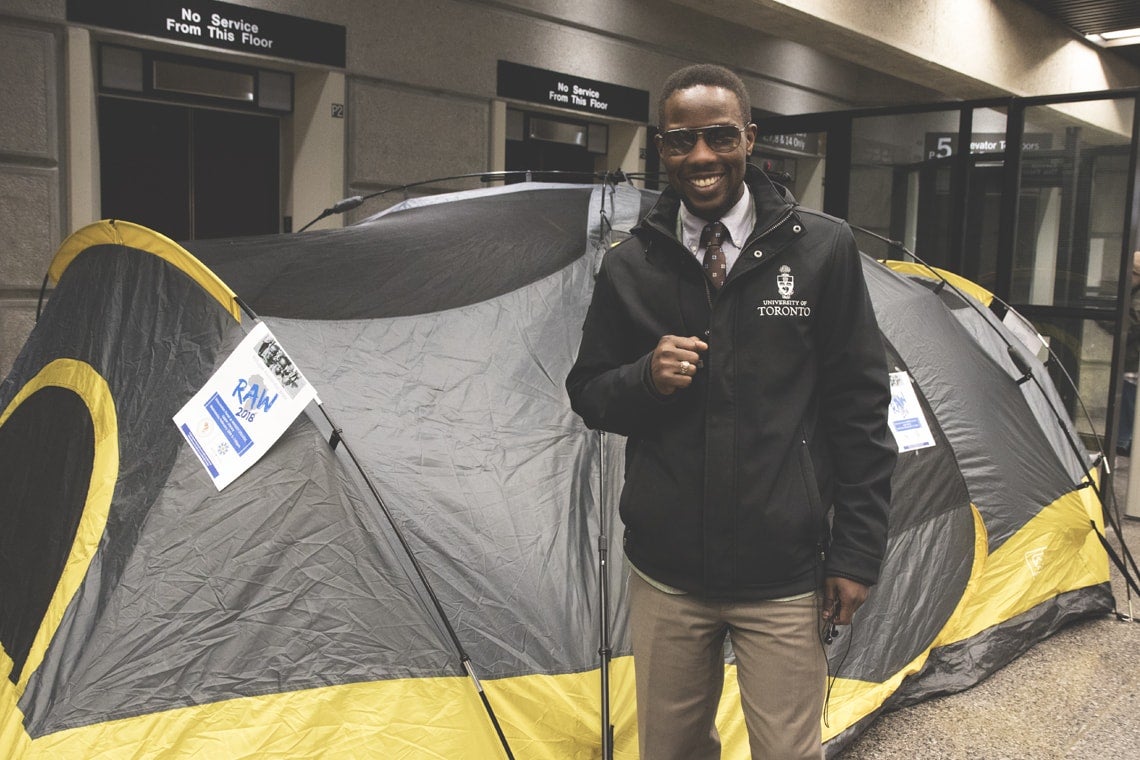 Henry Ssali, who works in the office of the president at U of T's downtown Toronto campus, organized a Refugee Awareness Week initiative at Robarts and OISE with the African Alumni Association (photo by Noreen Ahmed-Ullah)

Growing up in Uganda, Henry Ssali experienced what it was like living alongside refugees.

“They were our friends, our neighbours – people we lived with,” he says.

When Ssali immigrated to Canada and enrolled at U of T Mississauga as an undergraduate student, he volunteered with a group that helped new students who came to Canada through the Student Refugee Program (SRP) get acquainted with Canadian culture and learn about things like public transit, how to apply for a health card, which clothes to buy for winter and where to go for groceries.

Hoping to raise awareness about the plight of refugees around the world, Ssali is helping to organize a week-long initiative with the U of T African Alumni Association – a group which he heads – to do just that.

Part of Black History Month, the initiative at the downtown Toronto campus includes tents, pamphlets and recommended books set up at Robarts Library, John W. Graham Library and OISE with volunteers who can talk about their own experiences as refugees or having friends who were refugees. The Refugee Awareness Week initiative includes a panel discussion on Wednesday at Massey College from 5 to 7 p.m.

“We thought it would be a good idea to highlight some of the refugee issues pertaining to the African context,” says Ssali, who has been working as an office assistant in the office of the president for more than three years and working on his master's at OISE. “There are crises going on in South Sudan, the Democratic Republic of Congo, Somalia, Burundi – all these countries have ended up producing refugees.

“The point is to show Canadians who do not know about the refugee crisis that people do not choose to become refugees. It’s not a box that you tick and say, ‘I want to become a refugee.’ You become a refugee because of what has happened in your mother country.”

According to the United Nations, there’s an unprecedented 65.6 million people in the world who have been forced from their homes because of conflict and persecution. Over 22.5 million of them are refugees, over half under the age of 18.

Speakers at the panel discussion will include OISE Professor George Dei, considered a leading scholar on race and anti-racism studies; Virginia Hatchette, who is assistant deputy minister for the Ontario Refugee Resettlement Secretariat; Olive Dukuze, a student of Rwandan descent who was born in a refugee camp in Tanzania and came to Canada through the Student Refugee Program; lawyer Vince Wong from the Chinese and Southeast Asian Legal Clinic; and Chizoba Imoka, a PhD student at OISE.

Ssali hopes students and faculty get a better understanding about the contributions and accomplishments that refugees can bring to their new homes. From his own experiences in Uganda, he watched refugees develop successful businesses, and end up becoming employers.

“Refugees can actually be valuable to communities if we embrace them, if we let them grow,” he says. “I have witnessed alumni from the Student Refugee Program here in Toronto become formidable forces to reckon with. They are in academia, business, finance, entrepreneurship as well as not-for-profit organizations. They are contributing to different sectors of our economy.”