Help shape the future of undergraduate studies at U of T 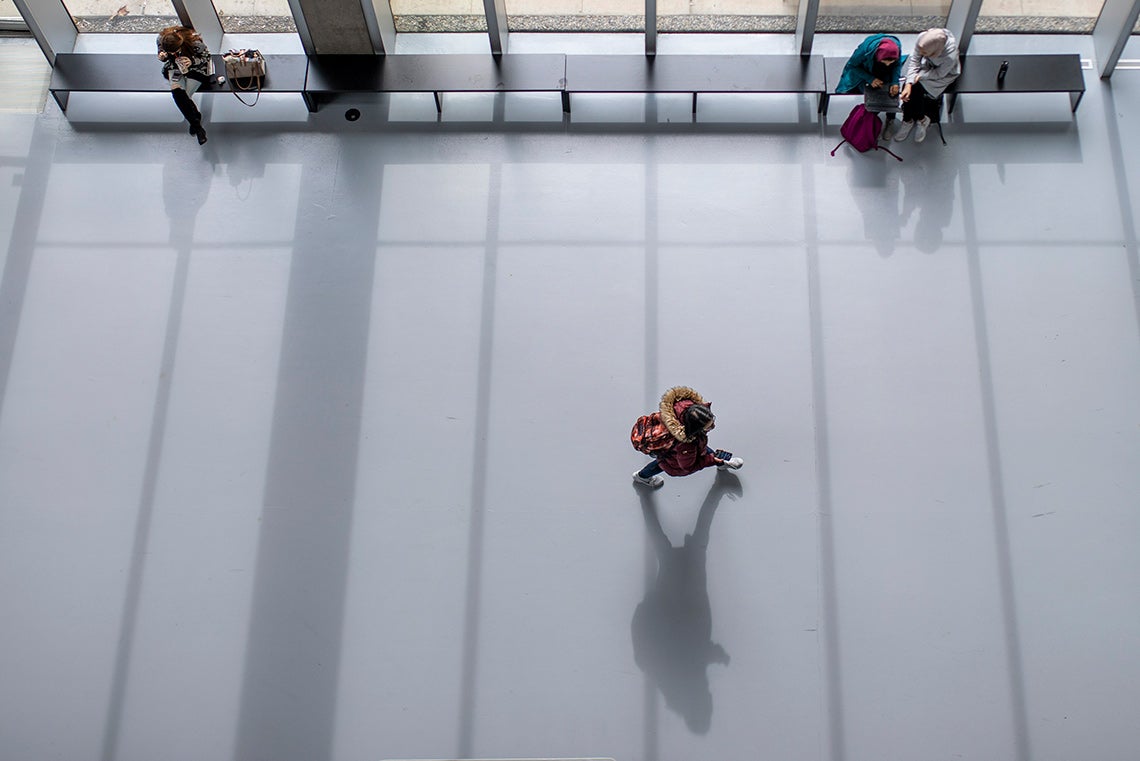 Resilience, adaptability, empathy. These are some of the attributes that the University of Toronto aims to foster in its current and future students. And as it looks to build on the strengths of its undergraduate programs, U of T wants to hear from you.

The university is asking students, staff, faculty and alumni for feedback on how to best prepare undergraduates for a lifetime of success and fulfilment, whether they want to continue their studies or enter the workforce directly after graduation.

Last semester, the university formed a panel to articulate a vision of the undergraduate student experience. To capture a wide range of perspectives, the panel includes faculty, administrators and students from each of U of T's three campuses.

The university is holding consultations on the panel's draft document, which outlines the values that distinguish a U of T undergraduate education, both in and out of the classroom. On Feb. 1, 7 and 14, students, staff and faculty across the three campuses can have their say on the future of undergraduate studies at the university during in-person consultations. Until March 15, they can also give their input by completing an online survey.

“Studying at a world-class, research-intensive institution such as U of T brings many benefits,” says Vice-President and Provost Cheryl Regehr. “We are consulting with the U of T community about the future of undergraduate education to highlight best practices and set out a vision for undergraduate students to be equipped for success with the skills they need to make a difference over a lifetime.”

As it stands, the draft vision for the future of the undergraduate experience at U of T says the university's programs should prepare graduates to become passionate, resilient and adaptable learners, as well as creative intellectuals, empathetic leaders, knowledge entrepreneurs and engaged global citizens.

The draft says the university will foster these traits in students by providing curricular and co-curricular experiences that are intellectually and personally challenging, help them to value and integrate knowledge, and instil an appreciation for disciplinary differences, among other things.

Greg Evans, the chair of the panel and a professor in the Faculty of Applied Science & Engineering, says the draft vision is meant to put into words the unique qualities of students who complete a U of T undergraduate degree. At the same time, the document emphasizes that students have room to chart their own path and personalize their experience.

He says undergraduate studies at U of T provide a foundation for lifelong learning, which is becoming more important as society and the world of work continue to change rapidly.

“The key to success is no longer just about how much you know, but how quickly you can learn and hence how much you learn about the process of learning itself,” he says.

Ashley Beckles, in her last year of studies in digital enterprise management, brought a U of T Mississauga student's perspective to the panel. It's not something she took lightly. “This is a big opportunity and a privilege,” she says.

Beckles says she connects with many of the traits in the draft vision, including being an empathetic leader. “Everyone is told to go out there and change the world, but if you're not empathetic you can run over people and be negative instead of creating positivity,” she says.

Beckles supplemented everything she learned in class with a number of other experiences. She held a work-study position in U of T Mississauga’s athletics department. She played forward in different basketball leagues, working her way up to the varsity team. And she was involved in Caribbean Connections, helping people connect with Caribbean culture on campus. After convocation in June, she aspires to work in marketing and digital communications.

But she's not done learning: She is considering returning to university someday for an MBA.