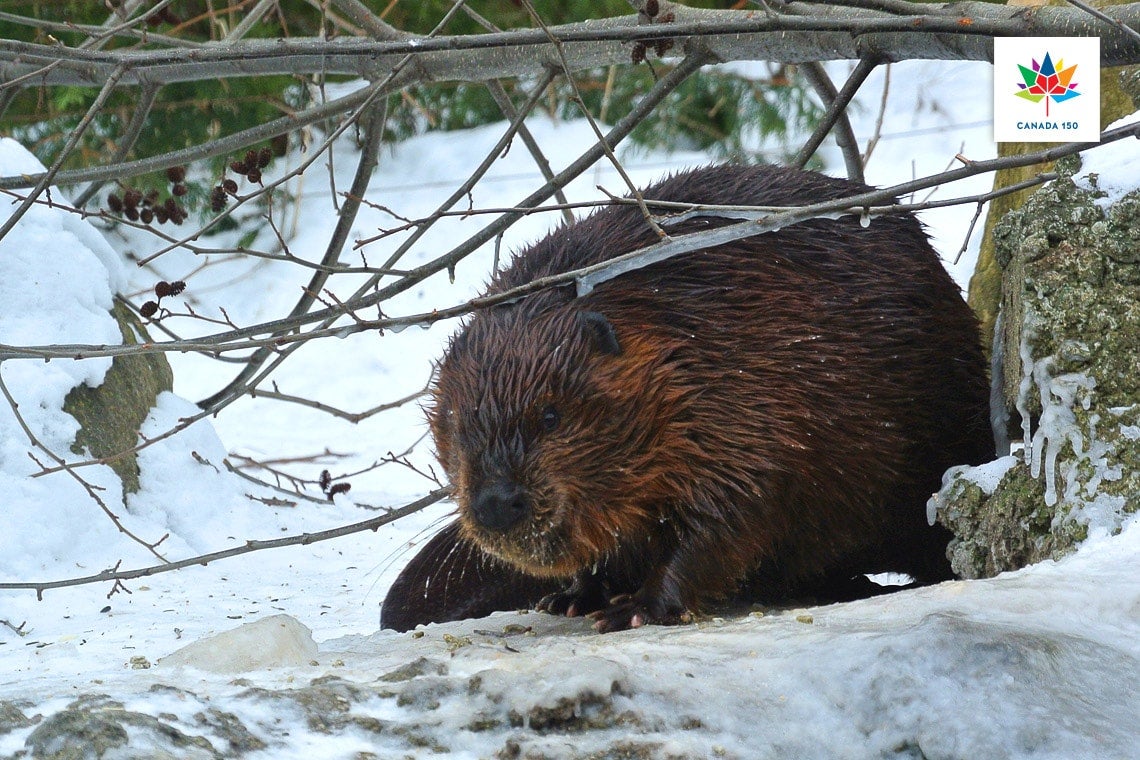 In honour of Canada's 150th anniversary, U of T Professor Stephen Scherer and his team have sequenced a beaver

Stephen Scherer: “This is the most important animal in Canadian history.”

They were diligent, methodical, meticulous.

They overcame obstacles large and small and applied available resources to try to achieve an ambitious goal. When they needed to move beyond existing resources, they pushed the limits and modified them. Channelling some of the most distinctive traits of the quintessentially Canadian symbol they were studying, a team of Canadian scientists has made an indelible mark on the history of this country – and beyond – just in time to kick off the country’s 150th anniversary.

The University of Toronto's Professor Stephen Scherer and his team of researchers from The Centre for Applied Genomics (TCAG) at The Hospital for Sick Children (SickKids) have successfully sequenced the genome of Castor canadensis – the Canadian beaver. The beaver in question is none other than Ward, a 10-year-old resident of the Toronto Zoo.  The research, which will be published in the online edition of G3: Genes|Genomes|Genetics, is a partnership with U of T, Ontario Institute for Cancer Research (OICR), the Royal Ontario Museum (ROM) and the Toronto Zoo.

The study’s senior and lead authors, Scherer and U of T alumnus Dr. Si Lok, talk below about why their world-leading research team undertook this unusual project, and how understanding Ward could help scientists advance research into human conditions like autism.

Scherer is director of the McLaughlin Centre and professor in the department of molecular genetics at the University of Toronto's Faculty of Medicine. He is also director of TCAG, senior scientist at SickKids and is known for his work on the genetic underpinnings of autism spectrum disorder.

Lok is senior project manager and lead in technology development at TCAG. The study was supported by Genome Canada, Ontario Genomics, Canada Foundation for Innovation, the Government of Ontario, the Lau Family Endowment and SickKids Foundation.

Why did you choose to study the beaver?

Stephen Scherer: We could have done this genome research project using DNA from any human or from someone with one of the conditions we study like autism – but by going this route there was even more potential for broader impact! We started exploring our options and realized that our national symbol, the beaver, had not been sequenced yet. This is the most important animal in Canadian history, so to know about its genome allows us to better understand how it all came about: its history, how it relates to its environment. The genome is a starting point.

What’s the connection between sequencing a beaver’s genome and helping families understand why autism may affect one child in the family but not another?

Stephen Scherer: There are some families who we know have autism or some other developmental disorder because of the genetics, but we haven’t found the genetic alteration yet. The novel genome-assembly approach that we’ve developed for the beaver project will provide another vantage point.

Si Lok: The Human Genome Project led many people to think genetic sequencing is a done deal, but it’s really not. What’s typically done is genome ‘re-sequencing.’ The genomes of only a small number of people are actually fully sequenced – less than a dozen in the world. For all the others, to make it cost-effective, we quickly sequence billions of fragments but align them by comparison to a reference genome. It’s really a comparative approach analogous to tracing a picture. But ultimately, we can’t just look at the tracings. We need to see all the underlying unique pieces too, and there are lots of them.

The sequencing of Ward’s genome was done the way we’d eventually like to do everyone’s – it’s called de novo sequencing. It’s a completely original process, which allowed us to build Ward’s unique genome from the ground up so we would not use any preconception of another genome.

Stephen Scherer: Our new genome-assembly technique allows us to find new types of genetic variations we haven’t seen before using the current technologies so we think our yield in explaining autism will go up. We are already applying the technique in our human sequencing projects, as well as for other animals. It’s very exciting.

Why is the method so important?

Stephen Scherer: At TCAG, we’re generating a genome product that is really, really good, but it’s not perfect. To find all the genetic variants we need to fully understand things like cancer or autism, we needed a much better approach.

We were able to take samples from the beaver, find the DNA and put it into the latest genome-sequencing machines, which generated the three billion chemical letters of information that comprise the beaver genome. What’s unique about the project is we had to develop some new methods to actually stitch together all of those three billion chemical letters of information into a complete ‘jigsaw puzzle.’ At the end of the day, we were able to generate the complete genome sequence of what we believe is the most important animal in Canada.

With new technologies and new sets of analytical experiments we’ve developed here, we can now apply what we learned in the beaver-sequencing project to those human disease projects we are doing here at the same time.

What does this study show us about the beaver?

Stephen Scherer: What we found is that the beaver genome is roughly the same size as the human genome, maybe a little smaller. That’s not really surprising to us. If you look at any mammalian genome sequence – mouse, rat, chimpanzee – and compare it to humans, they’re roughly the same size.

We were able to clearly describe the genes that are important to rodents and most importantly to the beaver. We identified the genes involved in dentition and enamel deposition, a defining characteristic of rodents and particularly of beavers. Rodents are classified by their teeth structure, and beavers seem to take this to the extreme because their teeth continuously grow so they can chop down trees. They incorporate a special kind of enamel to strengthen the teeth and iron to sharpen them. The mechanism resembles a self-sharpening ice skate, which gets sharper as you skate.

This is really about the power of genetics. We’ve never sequenced any genomes with the quality that we’ve had with the beaver.  It’s exciting because it allows us to see some things for the very first time.

Why did you do it now?

Stephen Scherer: Lok and I went to graduate school and did our PhDs at SickKids under Professor Lap-Chee Tsui, the world-famous Canadian geneticist who discovered the cystic fibrosis gene in 1989. As Canadians, we wanted to give back in some way, above and beyond our typical research.

We recognized that the coming sesquicentennial of Canada, new technologies, and our ideas provided the ‘perfect storm’ for us to make a lasting contribution to the scientific world, to our future research and to the sense of Canadian characteristics of hard work, loyalty, and pride in our heritage.