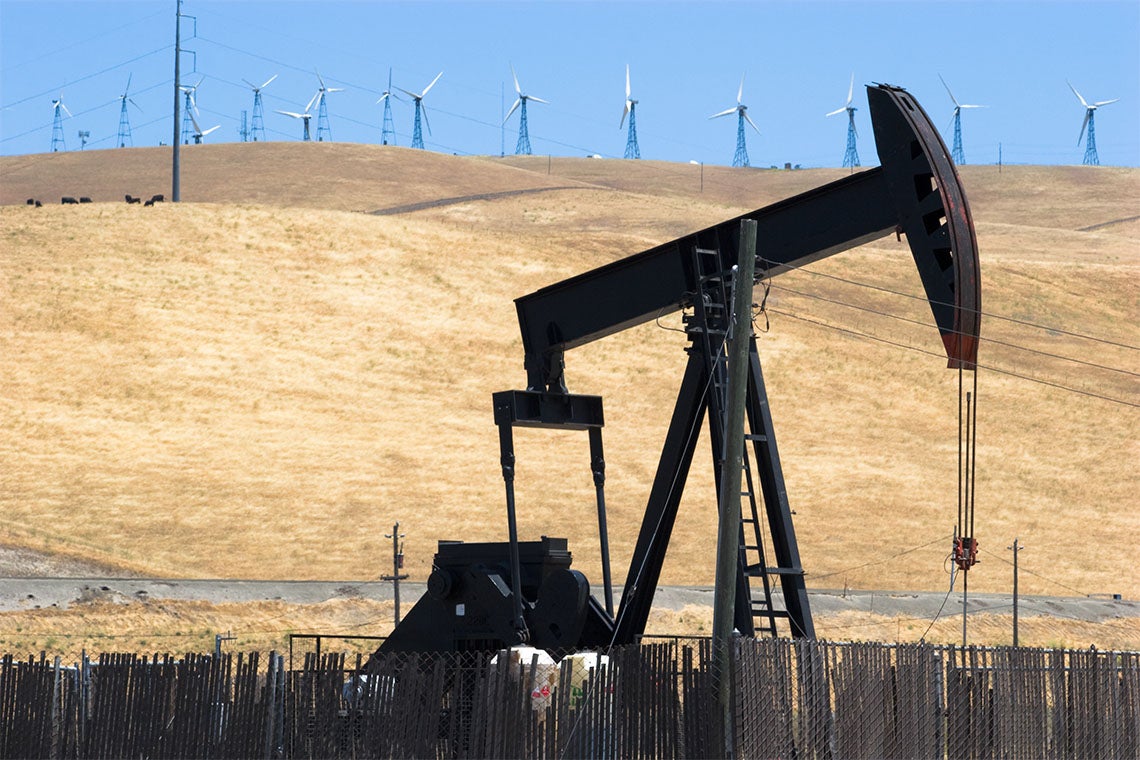 The researchers argue the key challenge with moving away from fossil fuels is "carbon lock-in," or the economic, political and social inertia that inhibits alternative energy technologies from gaining traction (photo by Keith Lance via Getty Images)

A new study by two University of Toronto researchers is proposing a different way to think about tackling climate change – one that shifts focus away from emissions reductions in favour of eliminating fossil fuel energy altogether.

The research is published in the journal Nature Climate Change.

“Focusing only on emissions reductions can potentially miss – and mischaracterize – the more important challenge of decarbonization,” says Matthew Hoffmann, a professor of political science at U of T Scarborough who co-authored the study.

“We need a new way to think about the decarbonization challenge and a new means to explore policies and practices that can begin deep, meaningful decarbonization efforts.” 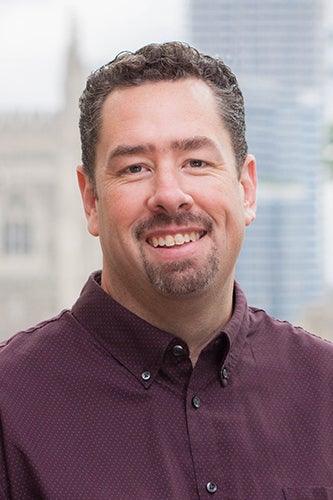 Hoffmann (left) says the challenge with decarbonization is carbon lock-in. There are technological, economic, political and social forces that make the use of fossil energy natural and taken for granted by households, cities, provinces and countries.

“Any efforts at decarbonization really need to take into account how carbon lock-in is a very similar problem at multiple levels, and they all tend to reinforce one another,” he says.

Case in point: efforts to replace coal-fired energy with natural gas. While burning natural gas has much lower emissions than burning coal, there’s no change in dependence on fossil energy – it’s just swapping one fossil fuel for another.

“Politicians and governments spend so much political capital on these steps that they think are in the right direction, but then they’re resistant to further change,” says Hoffmann.

“Unless you think about the politics of how to ratchet these policies up over time, it’s not going to result in decarbonization.” 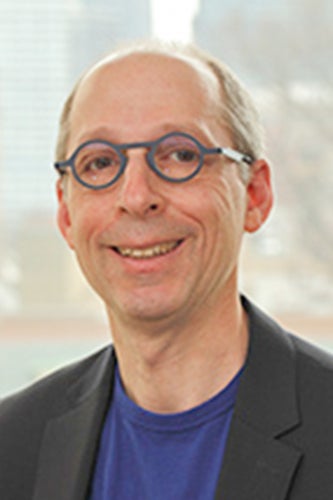 Hoffmann, who co-authored the study with Steven Bernstein (left), a professor of political science at U of T Mississauga, says a major political challenge is that multilateral treaties signed by national governments are poorly equipped for dealing with the multi-level challenge of decarbonization. The political solution to climate change so far has been to: negotiate how big a carbon budget each country can have, figure out how much each country needs to reduce their emissions, who has to pay for emissions reductions, and then focus on enforcement.

“The Paris Agreement goes further than most because the solutions offered are so decentralized, but it still doesn’t do enough towards decarbonization,” says Hoffmann, who is co-director of the Environmental Governance Lab at U of T’s Munk School School for Global Affairs and Public Policy.

On a positive note, Hoffmann says that, because the current energy system is so interdependent, disrupting carbon lock-in through policy initiatives has the potential to spread.

“Political action will need to be experimental, multi-level and multi-scale to overcome the carbon trap we’re in, but at the same time there are many opportunities,” he says.

“We’re not hurting for ideas on how to get started. The challenge is sustaining and scaling these up because they don’t go far enough.”

Hoffmann adds that an important way to disrupt carbon lock-in is to build the kind of political and economic coalitions that are going to push for broad and sustained change.

“Without political capital or political momentum to make bigger changes, you won’t be able to build on improvements and change these entrenched energy systems.”