Halloween costumes from ‘I Dream of Jeannie’ embrace stereotypes best forgotten: U of T expert 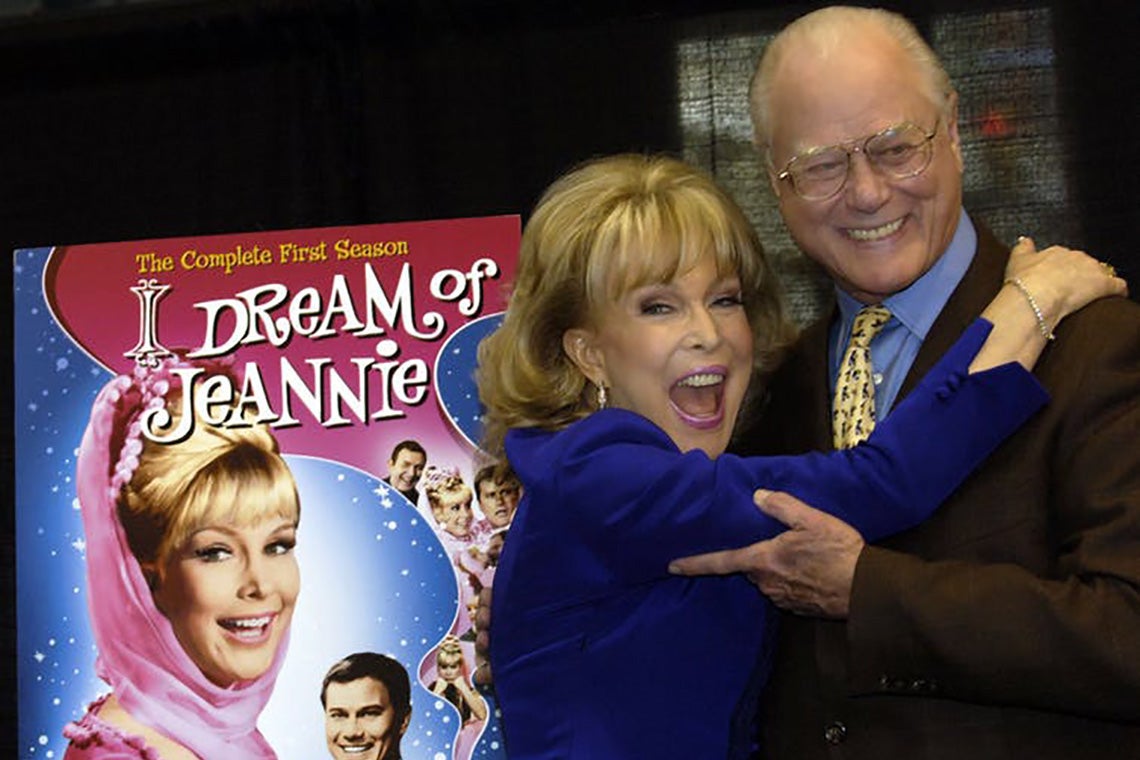 As you think about your Halloween costume this year and dig into the Hollywood troves of TV and movies, have you thought about the 1965 TV Sitcom, I Dream of Jeannie?

It was a favourite to many, making the top 30 on Nielsen ratings twice. It was nominated for an Emmy in 1967. Today, I Dream of Jeannie still attracts viewers, even though it’s an old show.

But the show was full of stereotypes and it slowly filled viewers with negative versions of Arabs/Muslims. Stereotypes in film and TV are one way we understand others and can contribute to our behaviour towards each other.

Sidney Sheldon wrote I Dream of Jeannie from 1965 to 1970. The show is about American astronaut Major Tony Nelson, who accidentally rescues a genie after finding her magical bottle on a deserted island. Although Nelson sets Jeannie free, she immediately falls in love with him and chooses to stay with her new “master.”

The comedy of the show usually revolves around Jeannie trying to get Nelson to marry her and Nelson resisting. Other plot lines include mix-ups Jeannie causes because of her misunderstanding of the modern world.

According to a survey I conducted on the show as part of my research on anti-Muslim racism, published in The Journal of Arab and Muslim Media Research, Muslims are most often offended by the show. Non-Muslims I spoke with didn’t notice any negative stereotyping of Arabs/Muslims.

Stereotypes in I Dream of Jeannie

Scholars have established that early Hollywood representations of Arabs/Muslims starting with The Sheik in 1921, and continuing to present day, have leaned towards the exotic and barbaric. Arab-American media scholar Jack Shaheen’s book Reel Bad Arabs found that of 1,000 movies made from 1896 to 2000, only 12 contained positive representations. Hollywood has depicted Arabs and Muslims dressed in turbans, bloomers with waist sashes, bare-chested with bolero jackets, or in flowing robes. They usually had long curved swords. Arabs/Muslim women were portrayed in “harem” outfits.

In real life, the harem of the house was simply the women’s quarters, where women would wear regular clothes.

Background settings include domed minarets, onion-shaped arches, camels and deserts, tents filled with rich-looking décor such as cushions, carpets, pools, mirrors and bowls overflowing with fruit. The dialogue was peppered with terms like “Allah,” “salaams,” “effendi” and “infidel.”

These standardized characterizations of Arab/Muslim men as barbaric, and women as submissive, highly sexualized harem girls, is on par with the worst offensive racial stereotypes. Unfortunately, while most producers no longer consider stereotypes of other ethnic groups as entertaining or acceptable, exotic and barbaric Arab/Muslims remain normalized.

Such representations are called “Orientalist,” a word that confuses people because many think of the word “Oriental” as applying to East Asia, which used to be called the “Far East.”

In early uses of the term, the “Orient” was southeastern Europe and the Ottoman Empire, what is now called the “Middle East.” Edward Said, Palestinian-American literary critic, author of the 1979 seminal book Orientalism and best known for his work analyzing the problematic aspects of western culture’s representations of the Middle East, considered these representations to be an expression of western power over the region.

Every aspect of production in I Dream Of Jeannie, from the set and costumes to dialogue, characterization and plot line, calls on and reproduces this limited set of orientalist stereotypes.

Many don’t see the problem

Jeannie exemplifies orientalism: she is a genie (and wields magical powers) dressed as the Hollywood harem girl: a skimpy, rib-high top, see-through bloomers and a pink gauze veil floating down from a bun on the top of her head. (This is her primary costume in every episode, although she appears in public in western clothing.)

In Season 3, Episode 20, “Please Don’t Feed the Astronauts,” Tony and fellow astronaut Roger are taken on a remote training exercise that involves survival skills, such as eating only the food they find. They follow the strict and gruelling regimen of their instructor, Commander Porter. Jeannie tries to assist by blinking up a “friendly native village,” from which, according to Porter’s manual, they can eat.

The village introduces the orientalist mise-en-scène: It is an Arabian village, with domed cloth tents. Orientalist tropes of barbarism are evident in the story of Porter. He stumbles into the village by accident, and, thinking he is in a mirage, laughs when Jeannie’s cousin Hamid ties him to a pole and attempts to behead him for walking into the tent full of harem women.

Standardized orientalist dialogue ensues as Hamid cries, “Infidel dog! You have desecrated the tents of the women, you must die!”

The harem girls in the tents are dressed in orientalized belly dancing outfits. Hamid is dressed in a turban, sash and harem pants. He is is bare-chested and wields an exaggerated curved scimitar.

Jeannie pleads with him not to kill Porter, and Hamid finally relents because of the courage Porter has shown in the face of death. “He has earned the right to wear the clothes of Hajji Baba,” Hamid declares, blinking Porter into orientalized dress, an outfit resembling a Gulf sheikh.

“See you in 2,000 years at the family picnic, dress will be casual,” smiles Hamid to Jeannie as he blinks out. A dazed Porter is revived by Tony and Roger and driven home to full appreciation from the Air Force base because they’ve survived the wilderness exercise.

When a small group of Muslim Arab women, who had not heard of the show before, watched this episode, they instantly recognized negative stereotypes, pointing to Jeannie’s costume as an example. One of them said: “They show them as Arabs … in tents of course. They just … forgot to add the camels.”

The non-Muslims I interviewed, men and women, did not notice any orientalist stereotypes. One woman said: “I’d forgotten she wore that cute little outfit.”

Most said that they had not thought of Jeannie as coming from any particular region, religion or place in the world. Some were adamant that Jeannie’s world was a magical, fantasy, fairy-tale place, and not an actual region in the world, even though she is continually visiting Baghdad. They said I was wrong about my assumption that Jeannie and her family come from the Middle East.

So, according to my research, most watchers of the show who are not Muslim or Arab are not likely to notice anything wrong. Thus, if nothing is wrong, they can easily and unconsciously absorb offensive representations of Arabs/Muslims.

This will make tackling real-world discrimination difficult. But small steps: If you were thinking “cute Harem Jeannie” this Halloween, it would probably be best to stay away.

Katherine Bullock is a lecturer in the department of political science at the University of Toronto Mississauga.