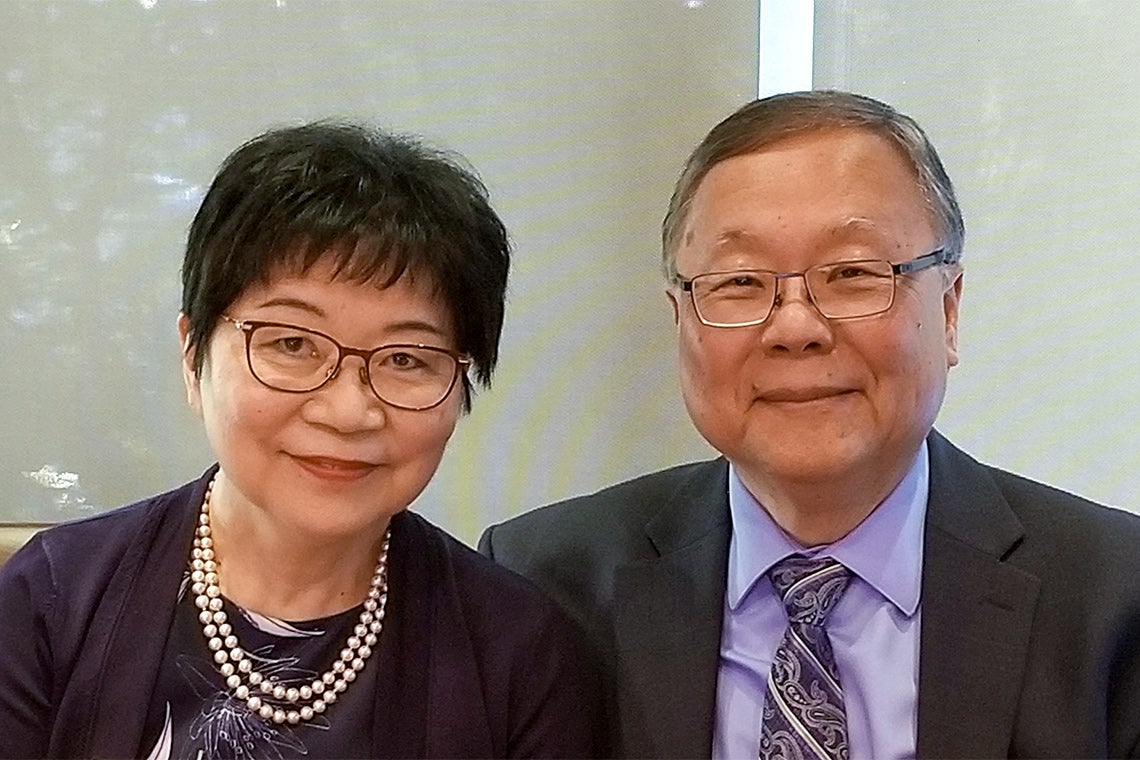 One crisp and sunny October day, Swee Goh saw a concert with his wife Lilian Goh (née Sung) in the University of Toronto’s MacMillan Theatre. Michelle Lin, winner of the U of T Symphony Orchestra’s concerto competition the year prior, played Tchaikovsky’s Piano Concerto No. 1 to a rapt audience, who gave her a standing ovation.

The performance made a lasting impression – even for a couple who had seen countless concerts over 47 years of marriage, including many at U of T.

After Lilian’s death following a short illness a few years later, Swee was looking for a way to commemorate his late wife, whom he met as a graduate student at U of T. Rummaging through a dresser drawer, he stumbled on programs she had kept for concerts they had attended.

Lin’s was top of the pile.

“It was a very unusual incident,” Swee said, adding that, just moments earlier, he had been talking to U of T’s Faculty of Music about making a donation to the university in Lilian’s name.

He called the faculty back and offered to fully fund the purchase of a new Steinway.

“When I first heard the Faculty of Music needed a new piano, there was some discussion around the [model of] piano itself,” he said. “The consensus was the Hamburg Steinway, the crème de la crème of concert grands.”

The Steinway Model D is a fixture of illustrious concert halls and the instrument of choice for famous pianists, from Martha Argerich to Billy Joel. It costs in excess of $200,000. “There was no issue with my funding this piano,” Swee said. “I thought about Lilian. She always liked the best for me – and the best for us – so I didn’t want to compromise.” 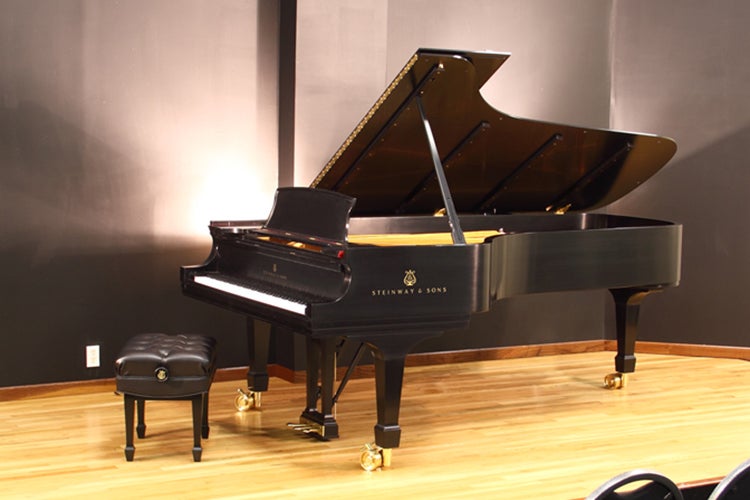 Swee and Lilian met as master’s of business administration students at U of T in the 1970s. Though they saw each other in class and at parties, it was only after they both applied for the same summer job in human resources at Imperial Oil that they grew close.

Lilian was hired ahead of Swee.

As their relationship blossomed, Lilian introduced Swee to Mozart and Beethoven (on vinyl) in the graduate residence lounge. After getting married, they agreed to splurge on a stereo system for their first shared apartment.

Swee went on to teach management, first at Dalhousie University in Halifax and then at the University of Ottawa. Lilian, meanwhile, embarked on a successful career in accounting, with Deloitte and the Office of the Auditor General of Canada, where she headed a women’s issues study titled “Out of the Trenches” amid a male-dominated profession.

“Lilian was really fearless and courageous,” her husband said. “When she was given a task, no matter how challenging, she would do it with determination, resourcefulness and enthusiasm.”

Ellie Hisama, dean of the faculty of music and a violinist by training, thanked Swee for his generous donation, noting that the acquisition of a new, top-quality grand piano will help generations of students fulfill their potential.

“An instrument, whether a piano, cello, marimba, bassoon, trombone, one’s own body, etc., is the medium through which musicians communicate to each other and to audiences,” she said.

“As an extension of the performer, an instrument makes possible the communication of so much that is beyond words, but which in some way addresses the range of what it means to be human.”

James Parker, the Rupert E. Edwards Chair in Piano Performance at U of T, said the new Steinway will benefit students for years to come – not just those studying piano.

“Essentially everything that happens in a music school has a piano,” he said, from voice recitals to chamber music performances. “If you want [students] to play their best, they have to play on the best instruments sometimes.

“They’re not going to get a Steinway grand in every practice room, but certainly on the concert hall stages you want to have the best instruments available.”

Walter Hall in U of T’s Faculty of Music is already home to two Steinway grands, one unnamed, and the 20-year-old McConica Steinway, a purchase made with the help of James McConica, a professor emeritus of medieval studies at U of T, in memory of his mother, Edith.

A team from the Faculty of Music plans to travel to Germany later this year to handpick the new grand piano. The process involves taking different pianos on a test drive, seeing how they play loudly, softly, fast and slowly, Parker explained.

Swee said Lilian would be “very happy and proud” to support the growth of young music students at U of T. When he first heard a Hamburg Steinway being played on YouTube – a demonstration on the factory floor by Montreal-born pop pianist Chilly Gonzales – he was awed by the sound, he said.

“When the piano is here and there are performances, I can always attend and I can then feel Lilian being there listening to it as well.”

Read more at the Faculty of Music