Governments should focus on jobs of the future, U of T's Vivek Goel writes in the Globe and Mail 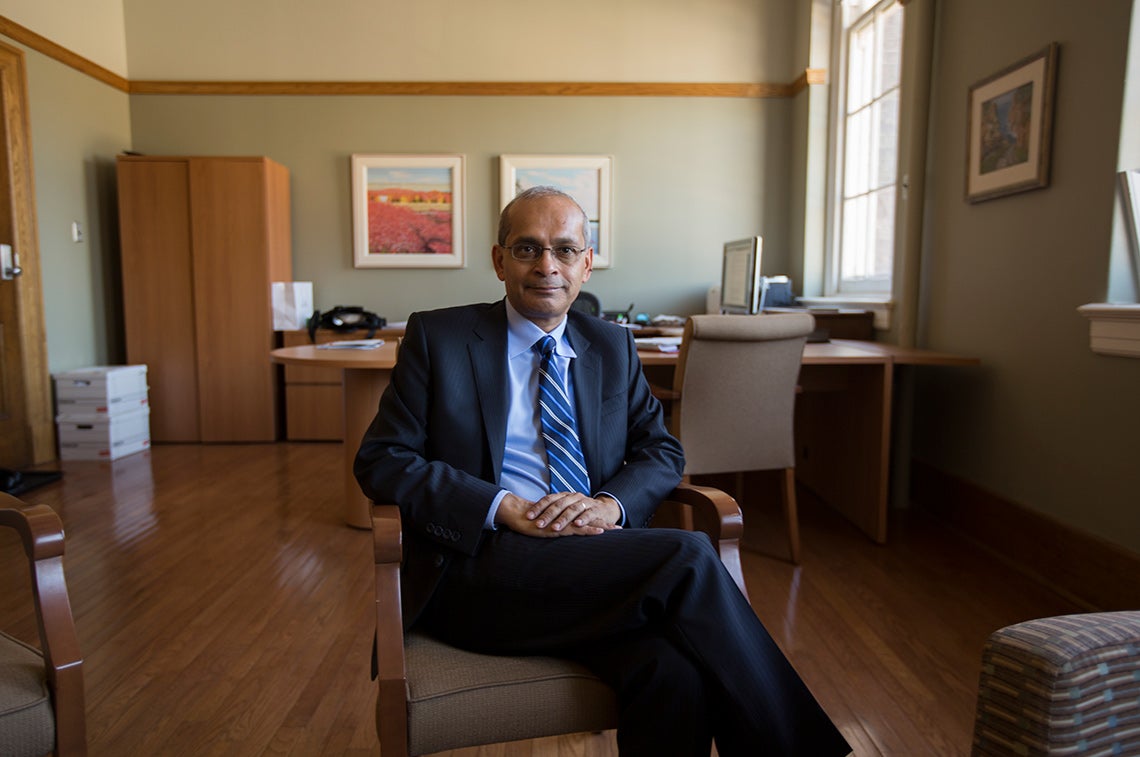 Vivek Goel, U of T's vice-president of research and innovation, notes that government support for MaRS is paying off while the multi-billion bailout of the auto sector proved short-sighted (photo by Johnny Guatto)

Instead of trying to rescue existing jobs threatened by technological change, the government should support training for the jobs of the future, Vivek Goel, the University of Toronto's vice-president of research and innovation, writes in the Globe and Mail.

Though it ultimately received a $224-million construction loan from the Ontario government, Goel notes that MaRS was initially turned down when it sought help in the wake of the 2008 financial crisis. Around the same time, GM asked for assistance and the provincial and federal governments made a multibillion-dollar bet on the auto sector to ensure its survival.

Yet, despite the government's support, GM recently shuttered its Oshawa plant and four facilities in the United States. MaRS, by contrast, not only repaid most of its interest-bearing loans three years earlier than scheduled, but has gone on to become one of the world's largest innovation hubs specializing in clean technology, fintech, enterprise and health.

“Postsecondary and training institutions, employers and governments must promote emerging sectors and retraining to ensure new skills meet new market needs,” Goel writes, adding that continuing education programs, such as those offered by U of T, are a good model for improving workers' skills.

“Trying to turn the tide by saving jobs that are being overtaken by technology is not a winning strategy.”