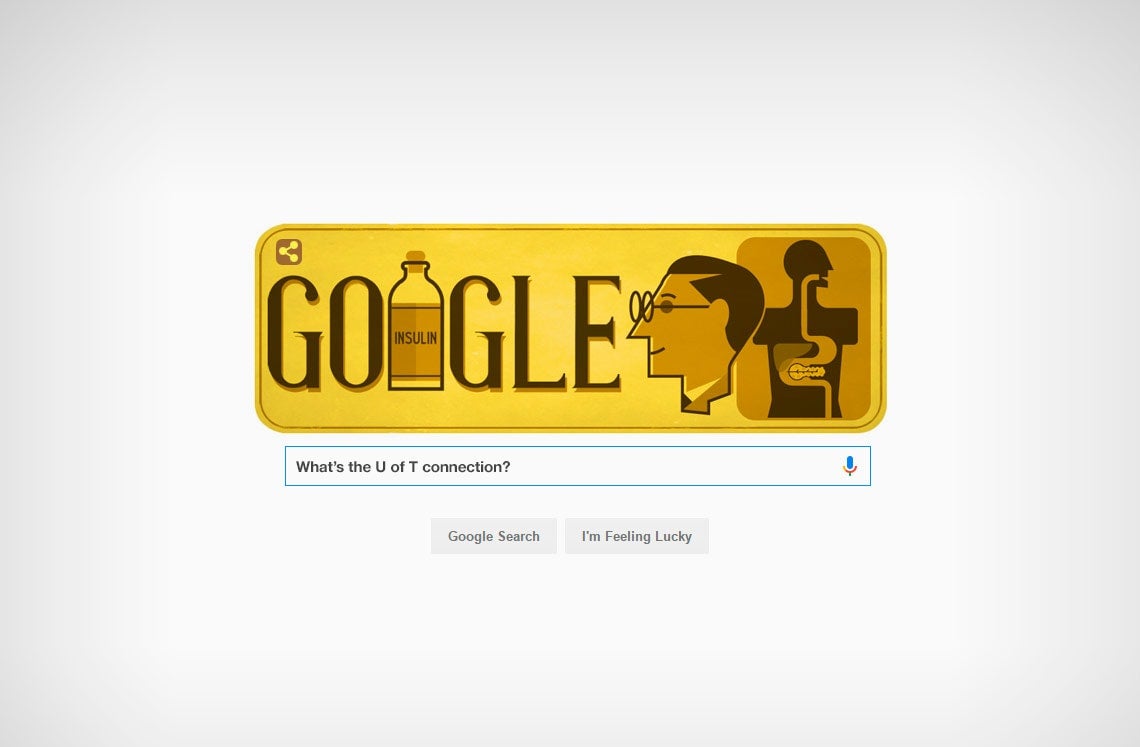 Today's Google homepage Doodle celebrates the legacy of one of U of T’s most renowned researchers Sir Frederick Banting.

The Nov. 14 Doodle commemorates World Diabetes Day and what would have been Banting's 125th birthday. Banting was a physician who along with Charles Best discovered insulin at the University of Toronto in 1921, forever changing the way people live with diabetes. Banting was also a Canadian soldier in the First World War.

U of T Magazine published a story in 2014, detailing Banting’s experience in the war and the discovery of insulin when he returned home.

Read the U of T Magazine story

Read about insulin discovery at U of T