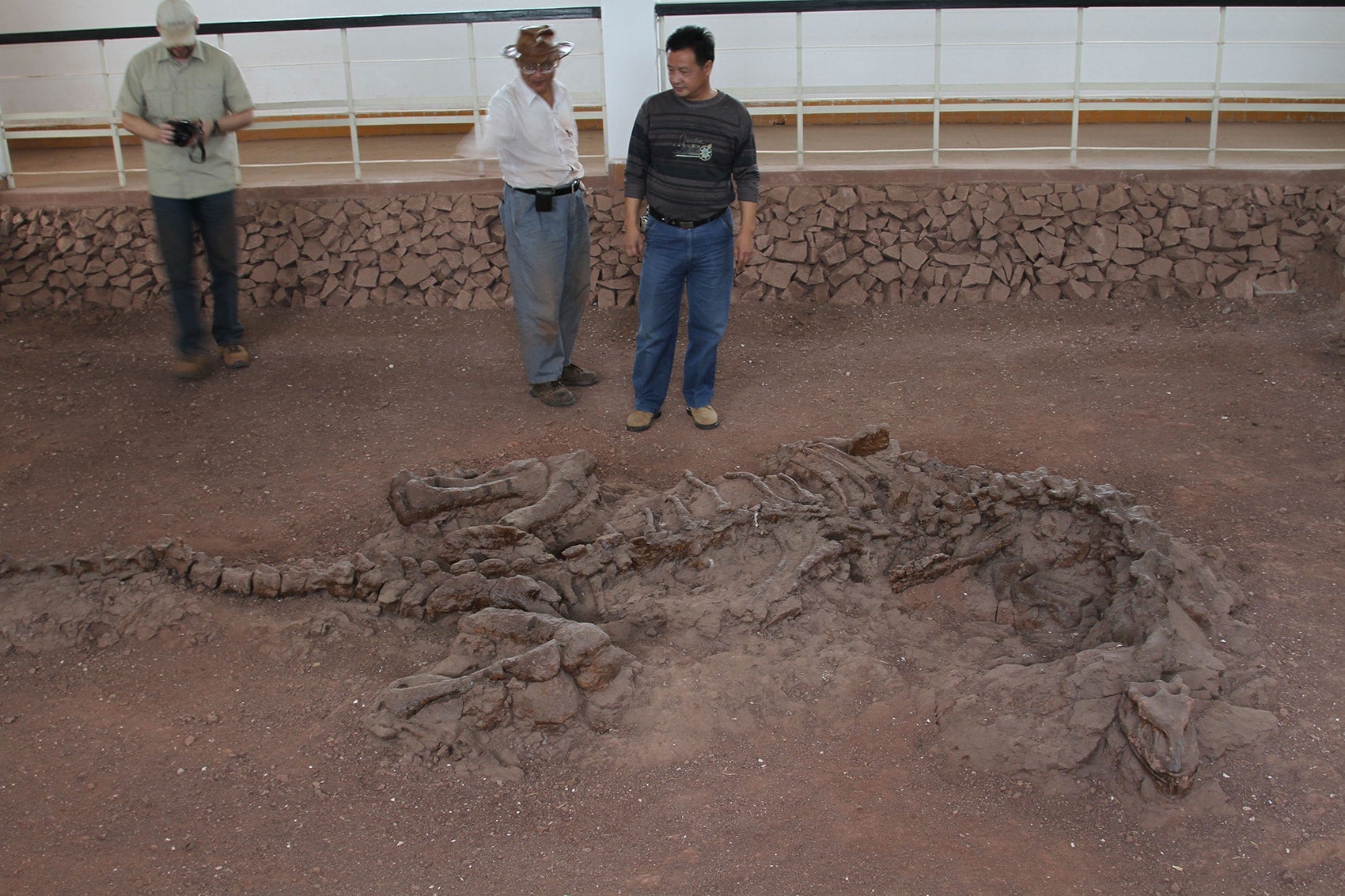 Skeleton of the 195-million-year-old dinosaur “Lufengosaurus” preserved as found in the ground in Yunnan Province, China. (photo courtesy of Robert Reisz)

Is fossilized rock all that remains when a dinosaur decomposes?

New research from scientists at the University of Toronto and researchers in China and Taiwan provides the first evidence that proteins have been preserved within the 195-million-year-old rib of the sauropodomorph dinosaur Lufengosaurus.

The study appears in the Jan. 31 issue of the journal Nature Communications and the news is already making headlines around the world.

“These dinosaur proteins are more than 100 million years older than anything previously discovered,” says Professor Robert Reisz, a specialist in vertebrate paleontology in the department of biology at U of T Mississauga.  “These proteins are the building blocks of animal soft tissues, and it’s exciting to understand how they have been preserved.” 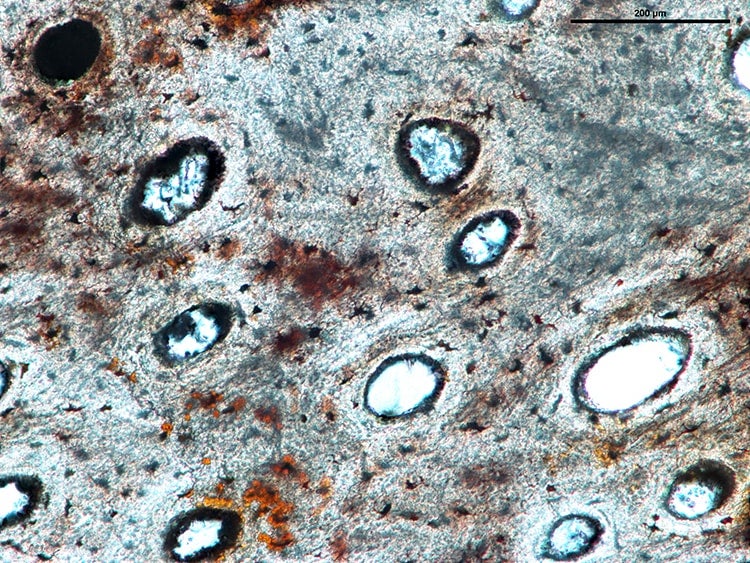 Close up of a cross section of the “Lufengosaurus” rib, showing how the bone was organized around vascular canals that contained blood vessels in the living dinosaur, and ran along the length of the rib (photo courtesy of Robert Reisz)

The Canada-Taiwan research team, led by Reisz, used the synchrotron at the Taiwanese National Synchrotron Radiation Research Centre to find the substance in place, known as collagen type I, preserved within the tiny vascular canals of the rib where blood vessels and blood would be in the living dinosaur.

Read more about the discovery at BBC News

The collagen was found together with lots of small, spherical hematite particles. Hematite is a mineral that can be formed from the iron in hemoglobin, the oxygen-transport protein in red blood cells. The chemical bond between iron and oxygen is what gives blood cells their red colour.

Reisz and his colleagues believe that these hematite particles were derived from the original blood of the dinosaur, and that they acted as the catalyst for preserving the protein in the vascular canals of the bone. These collagen pieces are probably remnants of the blood vessels that supplied blood to the bone cells in the living dinosaur.

“Interestingly, there was no evidence of preservation of organic remains in the main mass of the bone, only in the small vascular canals that ran along the length of the rib, where hematite was also present” says Reisz.

“Our localized search, in areas of the bone that are likely to preserve remnants of the original soft tissues, is more likely to succeed than previously used methods. This approach has great future potential, because localized searches will yield important results even when the amount of organic remains is miniscule.”

Previous evidence of preserved collagen date back to the Late Cretaceous Period – more than 100 million years younger than this discovery – but those studies extracted the organic remains by dissolving away all other parts of the fossil, without a clear understanding of the precise origins of the collagen.

This research allowed the scientists to find the collagen in place without dissolving the rest of the fossil, and it has helped them understand how the organic remains were preserved. Reisz believes that future explorations for even older proteins will be possible if this technique is used.