'A good last hurrah': U of T student and her father ride nearly 900 km to Toronto – on a tandem bike 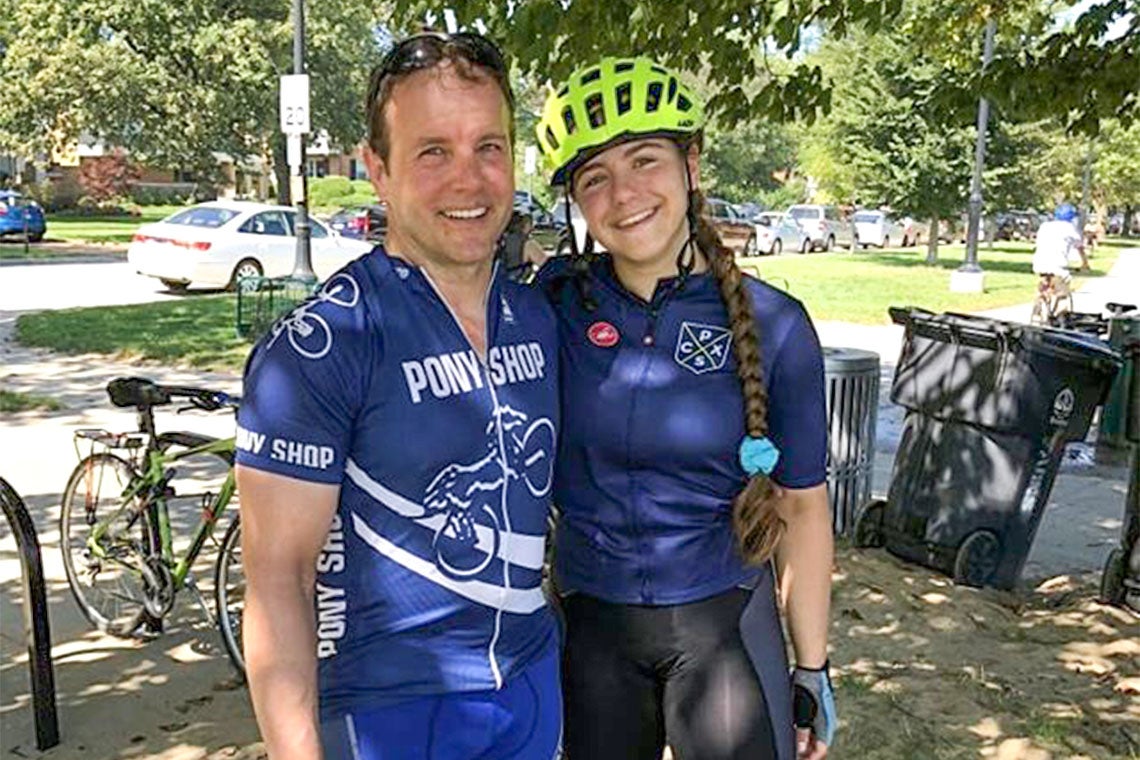 First-year U of T student Carlin Henikoff (right) and her father Troy Henikoff (left) made the nearly 900-kilometre trip from Evanston, Ill. to Toronto on a tandem bicycle (photo courtesy of Carlin Henikoff)

It’s that time of year when incoming students travel to Toronto from far and wide to make the University of Toronto their new home, but 18-year-old Carlin Henikoff went to greater lengths than most to make sure her journey was as special as the destination.

Rather than drive, fly or take a bus or train from their home in the Chicago area, Carlin and her father Troy traveled the nearly 900 kilometres to Toronto on a tandem bicycle, the Chicago Tribune reported.

The father-daughter duo arrived at U of T’s St. George campus on Saturday after a six-day journey that saw them cover around 200 kilometres a day, with Carlin’s mother driving up to Toronto with her daughter’s belongings.

“We thought it would be a good last hurrah before college,” said Carlin, a New College student who will study math and physical sciences.

She is also thinking about bringing her competitive cycling talents to the Varsity Blues mountain bike team.

Read the story in the Chicago Tribune

Back To School 2019Faculty of Arts & ScienceGlobalUndergraduate Students