GM Canada president: “The tree of artificial intelligence was planted in Toronto” 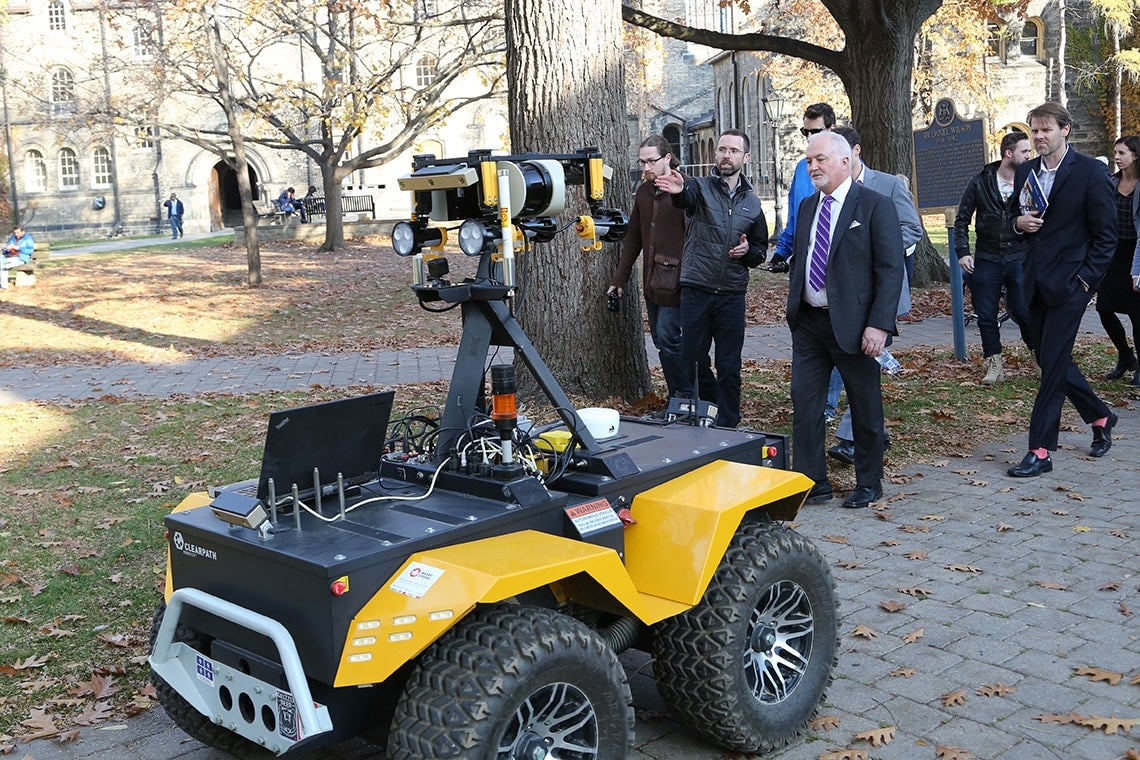 The automotive industry is going through a period of profound disruption – the most since the car replaced the horse – but Canadian universities like the University of Toronto have what's needed to help automakers leapfrog ahead of the competition, says the head of GM Canada.

That’s what drew Steve Carlisle, president and managing director of General Motors Canada, and his team on Tuesday to U of T's downtown Toronto campus where they met some of the University’s world-leading researchers involved in artificial intelligence, deep learning, robotics and systems control.

The frenzied race to build the autonomous vehicle has brought big new tech players into the automotive field like Google and Tesla and everyone is searching for the next big thing and the talent – like U of T’s computer science and engineering students – to make it happen.

“I tell them in Detroit that the tree of artificial intelligence was planted in Toronto,” Carlisle said, referring to the pioneering work of U of T's Geoffrey Hinton, an emeritus professor of computer science who holds the title of University Professor, the highest distinction U of T bestows on its faculty. Hinton now splits his time between the University and Google.

“And boy, wouldn’t it be great to do some of that work here in Toronto,” he added. 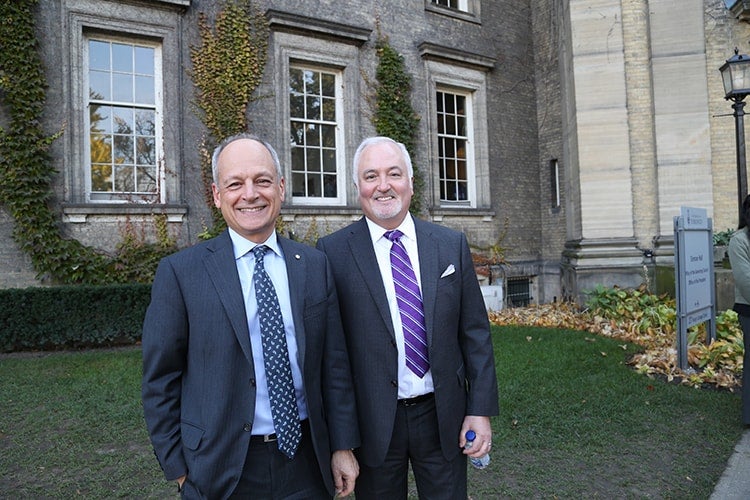 Canada is well positioned to lead the world thanks to this research prowess and its manufacturing innovation but time is of the essence, Carlisle said. And competition is fierce with places like Silicon Valley and Israel.

No one – yet – has put together all the pieces of how autonomous vehicles will work best from consumer safety to affordable price points, he explained. That’s why companies like GM Canada are open to partnering with leading academic institutions like U of T because “collaborations will help us get there faster,” Carlisle said.

That collaborative spirit is one that U of T has already embraced with a number of strategic research agreements with industry, said Professor David Sinton, vice-dean of research at the Faculty of Applied Science & Engineering.

Along with being a global leader in a number of critical fields, U of T is an important anchor that is leveraging its talent and research excellence with partners like GM to help grow the Ontario economy.

The university is “building a culture of entrepreneurship in our students” with nine campus-led accelerators that support startups to transform great ideas into products, said Vivek Goel, U of T’s vice-president of research and innovation.

For example, the Rotman School of Management’s Creative Destruction Lab is home to 50 artificial intelligence companies – considered one of the greatest concentrations of AI companies in any program in the world.

As part of his visit here, Carlisle met with Professor Tim Barfoot of U of T's Institute for Aerospace Studies (UTIAS) and Canada Research Chair in autonomous space robotics, who provided a demonstration of one of the institute’s autonomous robots on campus. 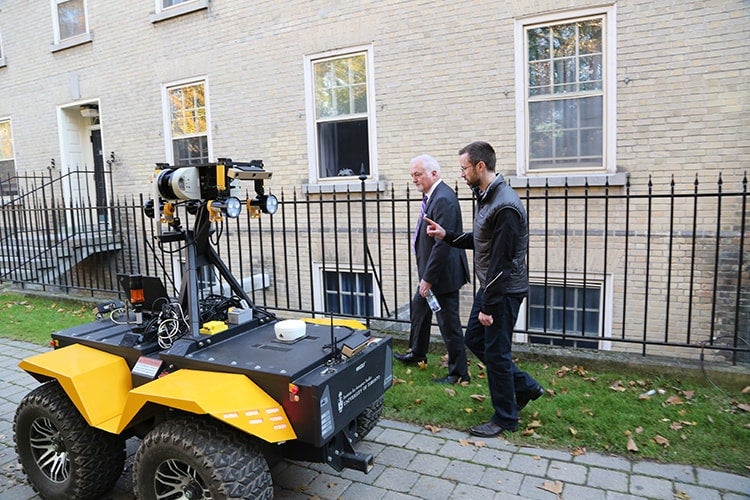 The yellow, golf cart-sized robot, developed with the support of industry partner Clearpath Robotics, is equipped with advanced sensory equipment. For the demonstration, the vehicle used only vision from a camera to determine its movements along the twists and turns of a pathway beside University College.

Carlisle also visited with the Blue Sky Solar Racing Team and met with Raquel Urtasun, associate professor in U of T’s department of computer science and Canada Research Chair in machine learning and computer vision, who gave the GM team a sneak peek at the latest advancements in using deep-learning techniques to improve the ability of autonomous vehicles to interpret the landscape around them.

To demonstrate its commitment to embracing and leading this new future for the automotive industry, GM Canada has announced plans to expand its engineering base in Ontario to reach a total of approximately 1,000 positions over the next few years. The company is also opening the Automotive Software Development Centre in Markham and plans to develop an Urban Mobility Campus with a focus on electric vehicles in southeastern Toronto.

This "new" GM Canada is “not your parents’ auto industry anymore,” Carlisle told students at a recruitment talk. Today’s GM is heavily focused on the “development of new connected, autonomous and shared vehicles and mobility systems.”

“Our goal is to disrupt ourselves,” he said.

“After visiting many of our top Canadian universities – including right here at the University of Toronto – I can tell you we have the strengths right in our backyard,” he said.

“In fact, Ontario now produces more qualified science, technology, engineering and mathematics professionals (STEM) than California. Yet, ask yourself, who has the reputation for innovation? That just doesn’t seem quite right. That seems like something we should spend some time on squaring up.”