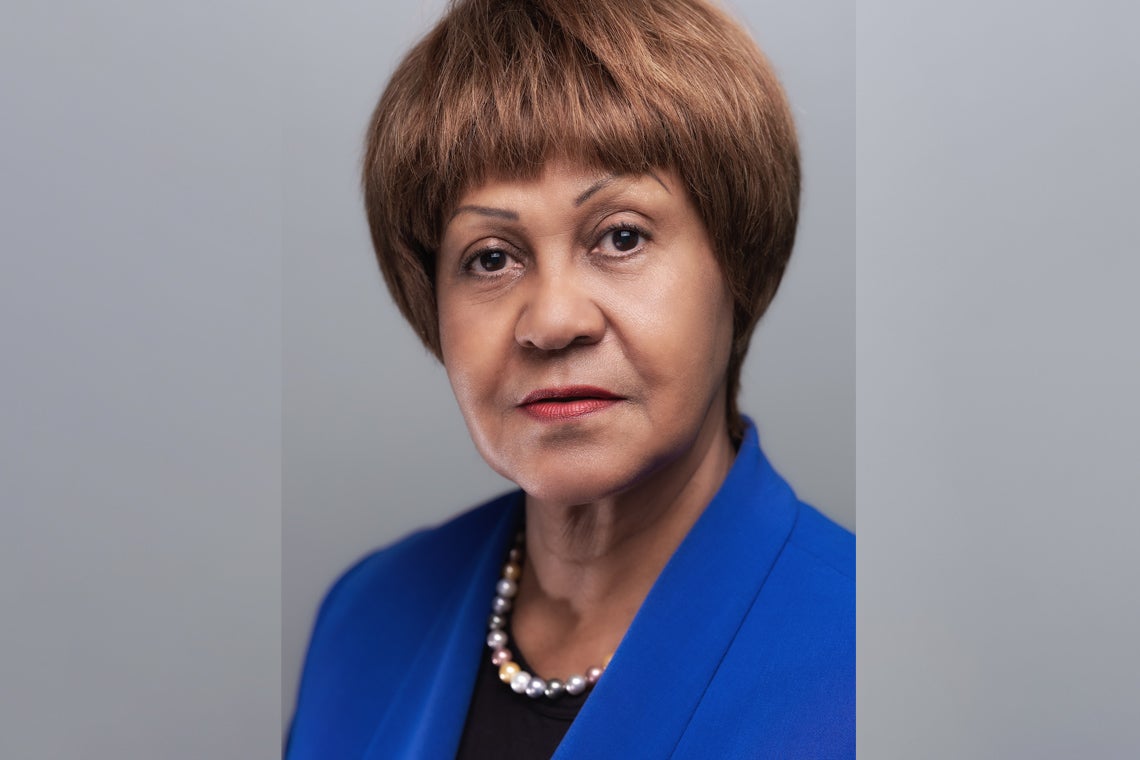 A former barrister and retired law professor who worked across the globe, Connie Carter is celebrating her Canadian citizenship by creating a scholarship for U of T's Munk School of Global Affairs & Public Policy (photo by Jackie Shapiro)

On a recent flight to Toronto, Connie Carter beamed as she filled out her customs form. In the box that asked for her nationality, she was able to print “Canadian” for the very first time.

“I felt such pride,” says Carter, who was born in Jamaica, educated in the United Kingdom, lived in Denmark for most of her adult life and became a Canadian citizen last October.

Carter’s wish is for students of Caribbean heritage to see more of the world and explore global opportunities, academically, professionally and personally – just as she has done.

Though she now proudly calls herself Canadian, Carter is really a global citizen. A former barrister and, recently, a retired law professor, she holds a PhD in law from the School of Oriental and African Studies (SOAS) at the University of London, and was called to the bar at Lincoln’s Inn.

Following a career with multinational corporations and non-profits in Denmark, China, France and the U.K., Carter taught law at Royal Roads University in Victoria, B.C. for 10 years and, as a visiting professor, gave lectures in international trade, corporate governance, Chinese law and intellectual property law at universities across Europe and Asia.

“Travel is the best way in which you can support and expand your education,” she says. “It lets you see a world that you could probably never imagine, never believe, until you experience it for yourself. You can learn and combine it with working overseas, whether it's at a university or a study abroad program. You experience other cultures, other ways of life, food, architecture, traditions.”

As a former program director for a similar program at Royal Roads University, Carter understands the doors that the Munk School’s MGA program can open.

“It allows people to experience a global society,” she says. “It helps provide the toolbox that you will need to help navigate foreign communities."

Carter isn’t a big fan of career paths that involve sticking with one company, in one place, and simply moving up the ladder. She feels there’s just too much opportunity out there for anyone willing to embrace the rewarding challenges of new countries, cultures and markets.

Carter says she would also like to see more Caribbean representation on the global business stage. While teaching and working in Europe and Asia, she says she rarely met other professionals from the Caribbean.

“It would be wonderful to be in Berlin or Yangon and bump into a professional from Trinidad or Guyana,” she says.

Carter lived and worked in China’s corporate sector until 2005. She was one of four directors at a German-owned company that manufactured forklift trucks. She moved to Canada to oversee care for her mother, who had been diagnosed with Alzheimer’s.

While in Toronto, Carter became involved socially with the Munk School by attending events and becoming an avid reader of the school’s newsletter.Then, late last year, an article about Thomas Kierans caught her eye.

Kierans, a distinguished fellow at the Munk School, established the Thomas E. Kierans and Mary Janigan MGA Scholarship last fall. This award will provide new Canadian students with funding to cover the cost of tuition for both years of the MGA program.

“I read that article the day after I became a Canadian citizen,” says Carter, who was moved by Kierans’s generosity. She did a little investigating about Kierans and his gift, and reached out to him.

“Tom was the key to me saying, ‘I should give something back as well,’” she says.

In addition to her gift, Carter intends to help students as a mentor by drawing on her professional experience and in her capacity as a Munk School senior fellow.

“I'm quite proud of what I've accomplished,” Carter says. “It's been a wiggly road, but that's the fun of it. It's okay to go with the flow, show flexibility and be confident in your acquired navigation skills and knowledge, and in your ability to grow by taking on new challenges and lifelong learning.”