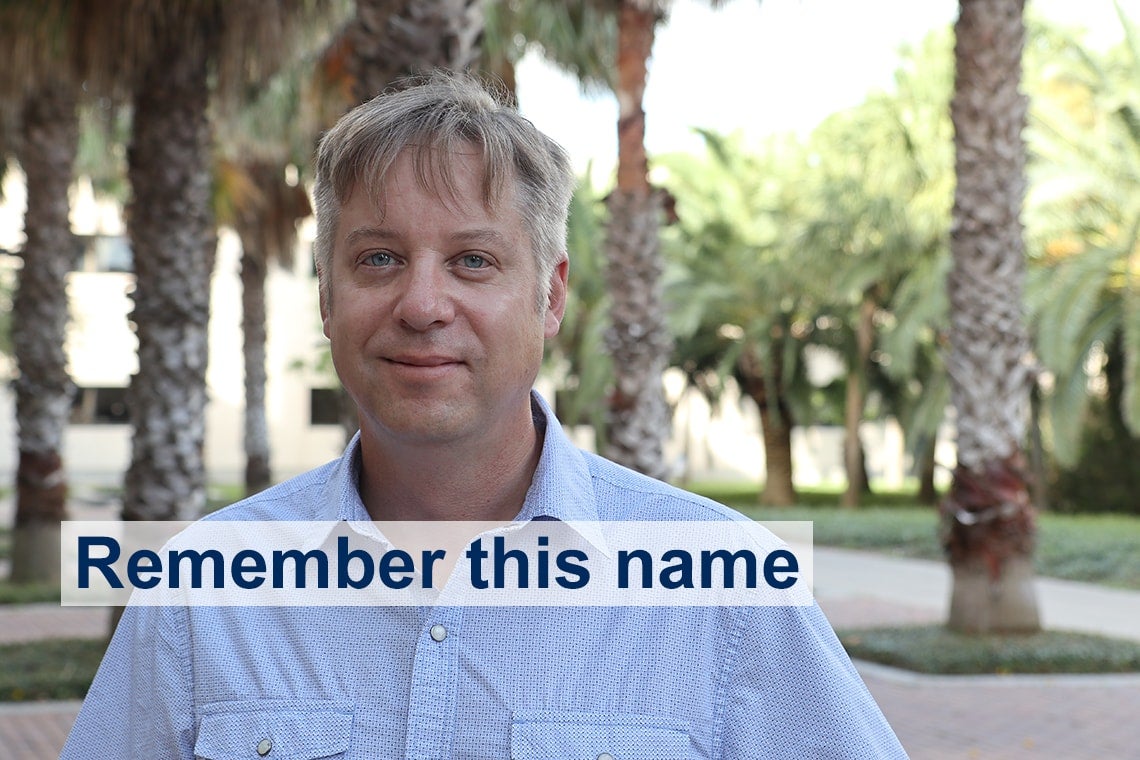 Glenn Tiller, who earned his PhD and did a postdoc in philosophy at U of T, now teaches at Texas A&M University-Corpus Christi (photo by Hayford Osei)

In an undergraduate class at another Canadian university, Glenn Tiller was briefly introduced to the philosophy of a relatively obscure Spanish-American thinker named George Santayana.

It was as if the light suddenly came on, he said. After his professor jotted down a description of the philosopher and his work on the blackboard, it got Tiller thinking, “Why didn't we study that? These are good things to say.”

Tiller applied to the University of Toronto “hell-bent” on focusing  on Santayana during his PhD studies, but his supervisor, University Professor Cheryl Misak, encouraged him to broaden his horizons. That decision led him to develop a more general understanding of American philosophy, which serves him well in his current job in the philosophy faculty of Texas A&M University-Corpus Christi.

He is one of a new generation of thinkers transforming research and teaching across the globe. They come from all corners of the world to do their PhD or postdoctoral research at the University of Toronto, drawn by the chance to work with the leading experts in their fields.

In the 11th instalment of a new series from U of T News, we turn the spotlight on Tiller. Below, he talks about his time at U of T and the importance of studying the humanities.

Why did you choose U of T for your doctoral studies?

I was interested generally in philosophy but I had this driving passion to look at the philosophy of George Santayana who's a Spanish-American philosopher. He taught at the turn of the last century. He was at Harvard for about 40 years and then lived in Europe for the rest of his life.

He gets lumped in with the classical American philosophers: William James, Charles Peirce, John Dewey.

At the time, Santayana was not a popular guy and a hard sell. His status has been raised a little in the last 20 years. I partly applied to the University of Toronto because at least somebody was doing American philosophy.

How did your academic interests change?

I came to Toronto hell-bent on studying Santayana. I shopped around for advisors and met one who said, “Oh yes Santayana, I once supervised a dissertation on that. The only time one of my students failed their PhD defence.” That was a bit heart sinking.

So I met Cheryl and she said I'd be happy to work with you but you might want to broaden your horizons a little bit. There are other figures in American philosophy, in particular Charles Peirce.

I ended up doing a dissertation on Peirceand Santayana, who were contemporaries.

I was taking a course on British empiricism when I went to the University of Manitoba. At the time, they divided 17-18th century modern philosophy into the Brits and the Continentals.

It was the last day of class... the professor said there's this guy named Santayana. He wrote down 10 things on the board and it got me thinking, “Why didn't we study that? These are good things to say.”

It was one of those moments where the light just started to come on. There are all these problems in philosophy, and I didn't want to wallow or live with them; I wanted to see my way through them. I guess I could say I largely accepted the philosophy of Santayana.

What is his philosophy in a nutshell?

He's most well known as the author of pithy phrases, such as "Those who cannot remember the past are condemned to repeat it," and "Only the dead have seen the end of war."

But really he is a completely naturalistic philosopher. He doesn't believe in supernatural powers, that there's some sort of cosmic force guiding the universe.

He also writes on spirituality, which is rare for someone who's not a theist. He developed a philosophy of naturalistic spirituality. It's a philosophy of life and that's what really attracted me. This is a philosophy that will try to not just organize your thoughts and make you aware of the history of philosophy, but also bring you some reflective equilibrium, some spiritual composure, some practical payoff.

Why is it important to study the humanities?

The humanities are about life and human existence and everything that goes along with that.

“Life can't just be about making a better can opener.”

Apart from all those high-minded laudatory aspects of the humanities, it's good training for the mind. I've seen more and more articles from top tech and entrepreneurs like (American businessman) Mark Cuban saying we need people who can think and be creative.

Philosophy if anything broadens one's horizons. It helps you stretch your concepts and think around and through problems.

Life can't just be about making a better can opener.

How did the postdoc at U of T help you for what came after?

The postdoc was wonderful. It was a carrot to help me to not linger and get my (PhD) degree done. You meet people who are nine or 10 years into their degree and I didn't want to do that.

It gave me the opportunity to design a course in American philosophy and teach a course. It was a wonderful opportunity, both the research and teaching. I still use the basic framework for that class 17 years later.