Giant sperm give male worms a reproductive edge, U of T research reveals 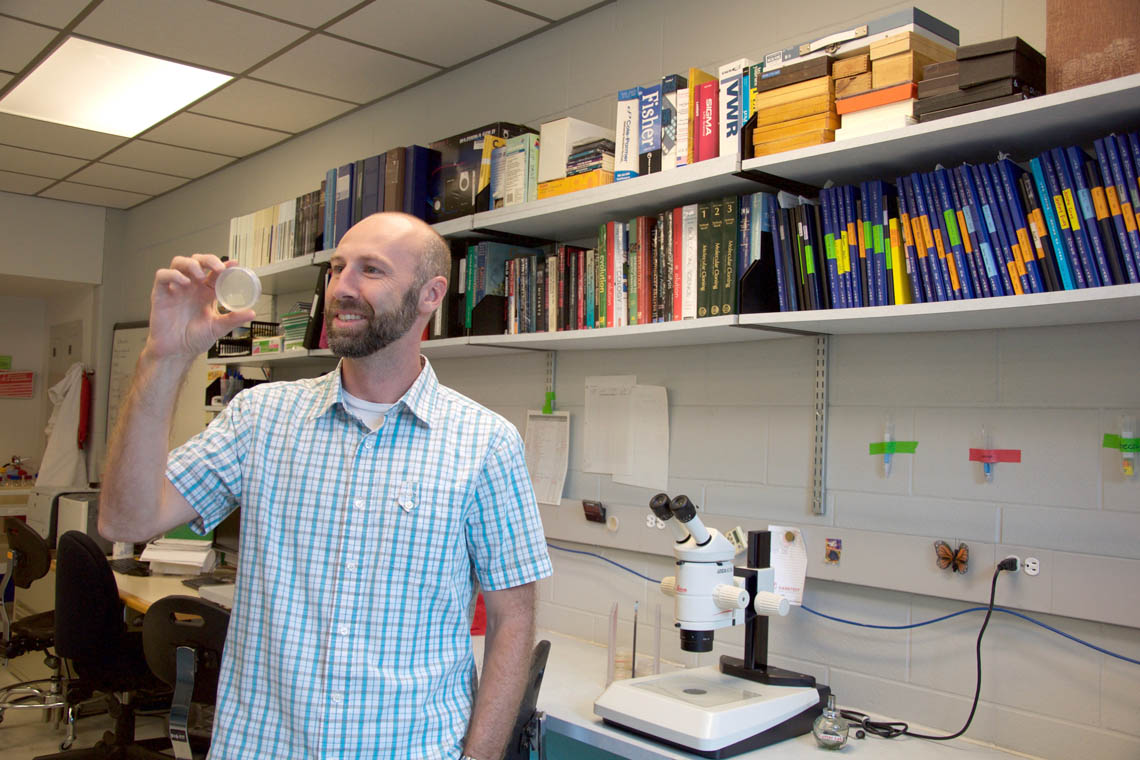 Some worms have taken the notion that “bigger is better” to extremes by evolving giant sperm cells that are up to a quarter the size of their own bodies, a study led by a University of Toronto scientist and researchers in France has discovered.

While other male animals use everything from big antlers to seductive mating sounds, sperm gigantism is the strategy worms may favour, especially when facing strong competition for females, says the study by U of T ecology and evolutionary biologist Asher Cutter and colleagues Christian Braendle and Anne Vielle of the University of Nice.

“There are a lot of different ways that males in other species try to be successful in reproduction, which is why sometimes you have physical competitions between deer, or birds trying to attract a mate with a song,” says Cutter, an associate professor.

“And in other cases, as we see in these worms, it is a matter of competition after mating happens, and it’s actually the sperm cells that are competing against one another.”

The giant sperm move like an amoeba and have a ‘foot’ called a pseudopod to help them crawl around the female reproductive tract, seeking out the ovulating eggs. The bigger the sperm, the faster they crawl, and the better chance they have to fertilize an egg.

But being big does come at a cost, so at times the worm turns to another strategy that instead relies on quantity, producing lots of little sperm instead of a few big ones.

“We don’t know exactly what it is that is specifically driving the production of these very large sperm cells, and in what situations they are more likely,” says Cutter.

“One possible idea is that the much larger sperm cells are better at fertilizing the eggs in some species, but not in others. Another possibility is that these larger sperm are packed with some kind of energy reserves that actually help give the developing embryo the nutrition that it needs.”

It may also be that when the worms live in small mating groups, competition favors the evolution of large male sperm, but when there are a lot of females around, smaller sperm do a better job of inseminating as many of them as possible.

“The data seems to suggest that, but we’d really like to look at it further,” says Cutter. “The one thing we can say for certain about the science of giant sperm is that big questions remain.”

It’s not as if Earth could someday be facing an attack of the giant worm. Although the sperm cells are large, the worms studied were just one millimeter long, or about the thickness of a coin.

But the study of the 26 worm species published in the Aug. 26, 2016 issue of the journal Evolution provides the first insights into sperm size differences in Caenorhabditis nematodes.

And with scientists struggling to understand any number of current mysteries about the natural world, such as bees dying off and bird populations plummeting, new insights into the whys and wherefores of animal reproduction are a welcome addition to the research they can draw upon.

“It’s certainly the case that when you make a discovery in one area, people with expertise in another area sometimes have a light go off in their head, and see a connection that no one has seen before.”