G7 leaders should present a unified front against Russia, U of T expert writes in the Globe and Mail 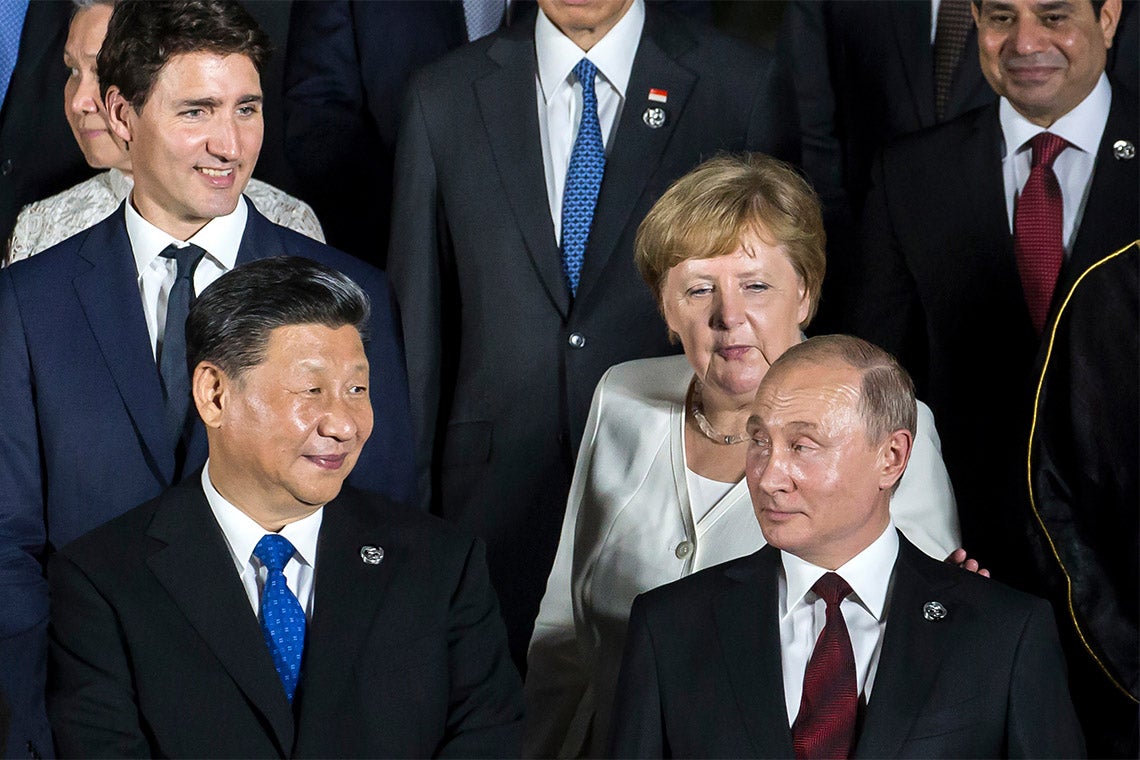 Russian President Vladimir Putin (right, bottom) looks back as other world leaders, including Prime Minister Justin Trudeau, look on during a photo session at the G20 Summit in Osaka in June (photo by Tomohiro Ohsumi/AFP via Getty Images)

World leaders gathering for this weekend’s G7 summit in the French resort town of Biarritz should make Russia a focus as it increasingly uses aggressive foreign forays to distract from problems at home, says Aurel Braun, a professor of international relations and political science at the University of Toronto Mississauga.

In an op-ed for the Globe and Mail, Braun, who is cross-appointed to the Munk School of Global Affairs & Public Policy, writes that Russia, which is not a member of the G7, is showing “classic symptoms of imperial decline” amid a continued economic slide and a growing domestic protest movement.

“The G7 must disabuse Mr. Putin’s Kremlin of its hopes of dividing the democracies by increasing their countries’ hard power while making a more determined and unified use of their vast soft power,” Braun writes. “With a policy of preventing but not provoking, they should make clear to Russia that they present no threat, but are resolute in resisting Russian military adventures or political interference.”