Frontier City: U of T’s Shawn Micallef takes on populism and potential in Toronto 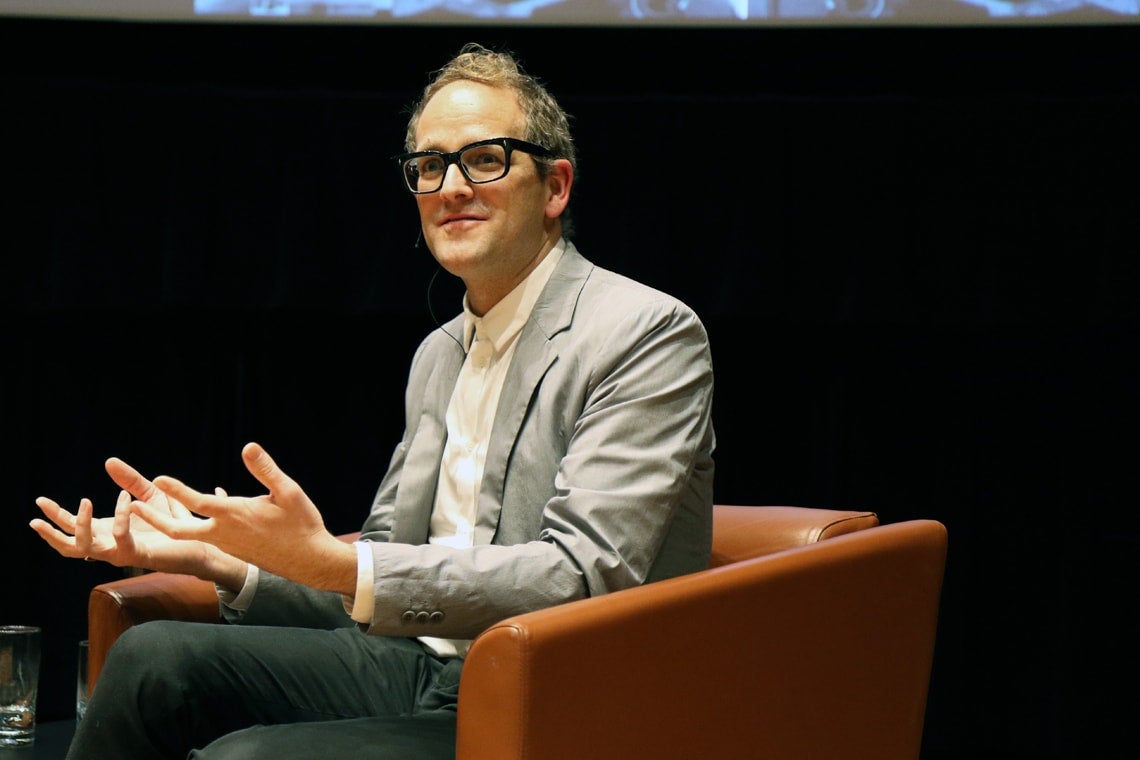 Shawn Micallef's new book ‘Frontier City: Toronto on the Verge of Greatness’ explores what's behind the rise of populism in Toronto (photo by Romi Levine)

Before Donald Trump was elected president of the United States, before the United Kingdom voted in favour of Brexit, there was Rob Ford.

The late former mayor of Toronto made it clear that populism was alive and well in Canada. But what drew people to become loyal followers of Ford Nation?

That’s what Shawn Micallef is exploring in his new book Frontier City: Toronto on the Verge of Greatness.

Micallef is an author, co-founder of Spacing Magazine, a Toronto Star columnist and a lecturer at University College and Innis College at University of Toronto.

“When you're downtown, it's very easy to be seduced by the prosperity of this place with cranes in the sky,” Micallef said at a book launch on Tuesday at Innis Town Hall. “There's a lot of Toronto that doesn't get to participate necessarily in all of that prosperity and all of that Sesame Street urbanism.”

Micallef was joined by Shauna Brail, U of T’s presidential adviser on urban engagement and director of the urban studies program, who moderated the event, as well as Jennifer Pagliaro, Toronto Star city hall reporter and former city council candidates Alejandra Bravo and Keegan Henry-Mathieu – who were both interviewed for the book.

Frontier City tells the story of Toronto’s neighbourhoods often neglected by downtown-centric politicians through conversations with 12 former non-incumbent City Hall candidates on walks around their wards.

“What was great about underdog candidates – people who were challenging power – was they were critiquing power. They’re not trying to hold on to it,” said Micallef. “They're a lot freer to come up with ideas, to talk about the future potential of the city – what’s wrong with it and where it's going. That kind of liberation of thought was a fun thing to explore.” 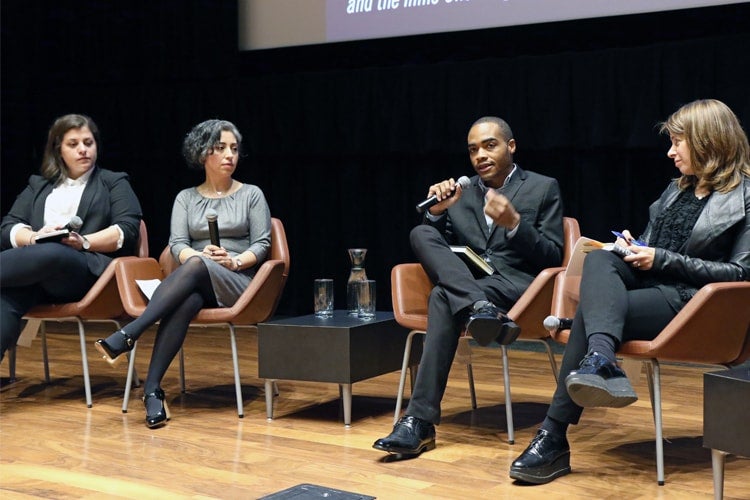 Henry-Mathieu, a Ward 7 candidate, said he enjoyed reflecting on his neighbourhood with Micallef.

“It was the first opportunity for me to really walk around and see the neighbourhood differently – to be able to make that connection between the greatness of our people and the potential of our neighbourhoods.”

It’s important for all Torontonians to remember that different people experience the city in different ways, said Bravo, who was a candidate in Ward 17.

“It's important to challenge our generalized assumptions about how inclusive and diverse our city is,” she said.

“For so many people, they've only ever known low wages, high unemployment, really expensive housing – this generates a sense of insecurity and fear about the future. That's what a lot of our neighbours are contending with.”

The danger comes when we think we’re immune to the discourses the United States has been confronted by, she said.

“We have a tendency to mythologize Canadian exceptionalism,” she said.

If City Hall continues to brush these issues aside, Toronto runs the risk of electing another Ford-like leader, said Micallef.

“These looming crises of being left out of the prosperity that a lot of people in the city enjoy means it's going to come back,” he said. “There's no one on the radar yet, but if a populist leader with the magical charisma that Rob Ford had...if another person like that comes along, they'll be unstoppable.”

But Micallef’s message is also hopeful, said Pagliaro who cited an exerpt from the book that reads: “We're always longing for a city we don't allow ourselves to have.”

“It is both an urgent callout but also something that's very hopeful,” she said.