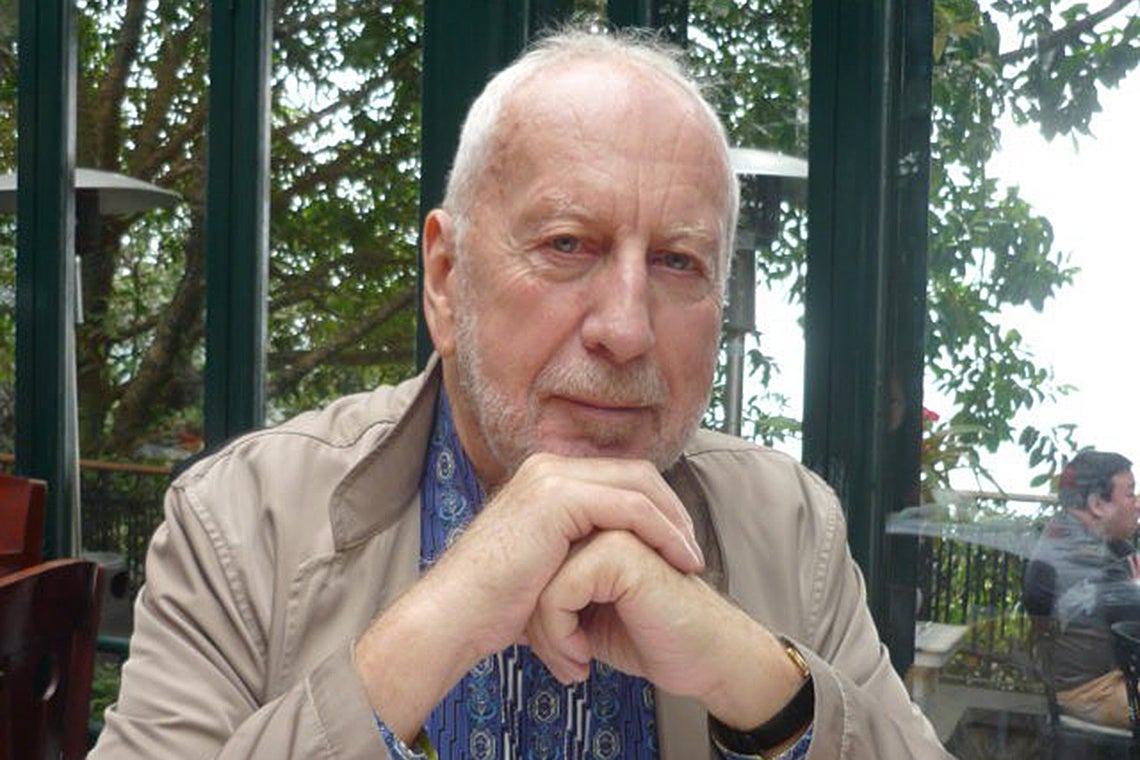 Carl Morey, pictured here in 2012, "had a real gift for realizing the importance of social bonds to make academic institutions work to their highest capacity,” says Robin Elliott, a professor in the Faculty of Music (all photos courtesy of Rachel Morey)

Carl Morey loved the sound of the human voice and spent his career teaching the joys of music to students and the public at large.

Morey was a professor in the Faculty of Music at the University of Toronto for three decades, served as dean from 1984 to 1990, and held the prestigious Jean A. Chalmers Chair at the Institute for Canadian Music in the 1990s. He died on Dec. 3 at the age of 84.

Morey was a scholar of Canadian classical music and performance, writing widely about Canadian composers at a time when that research was far less common – and less respected – than it is today. He was also an expert on 19th and early 20th century European music, particularly opera.

He taught generations of music students, many of whom went on to leading careers in musicology.

Elaine Keillor, a pianist and professor of music at Carleton University who specializes in Canadian and Indigenous music, was Morey’s first doctoral student in the early 1970s. He was highly supportive of her work on Canadian music, she said, and he also encouraged her piano playing, in an era when many professors discouraged any crossover between the silos of musicology, performance and composing.

“When it came to the point when I had to have a supervisor for my doctoral dissertation, I had no doubt in my mind I would go with Carl,” Keillor said. Morey himself was an accomplished pianist, although his public performances were usually confined to accompanying singers.

He taught an unusually wide variety of undergraduate and graduate courses, ranging from large “introduction to music” classes to subjects such as baroque opera or medieval manuscripts. Don McLean, U of T's current dean of the Faculty of Music, said he took Morey’s undergraduate class on the music of Austrian composer Joseph Haydn and his graduate seminar on the Mozart opera Don Giovanni. Both courses were formative for his academic career, McLean said.

Morey was also deeply committed to teaching the general public about music, helped by the fact that he was an engaging and charming speaker and writer. He gave public lectures, was a frequent contributor to CBC Radio music discussion programs, wrote articles for Opera Canada magazine, and prepared entries for publications such as the Encyclopedia of Music in Canada.

He was essentially a “public musicologist,” said his long-time colleague Robin Elliott, a professor in the Faculty of Music who is the current Chalmers Chair at U of T. Morey was more focused on spreading the joy of music “than in arcane intellectual preoccupations that musicologists would have been spending a lot of time with,” Elliott said. “He was more interested in explaining than puzzling over things.”

Among Morey’s achievements, he edited the writings of Canadian conductor and composer Sir Ernest MacMillan for the popular book MacMillan on Music, and he edited eight volumes of musical scores written by pianist Glenn Gould. During Morey’s time as dean of the Faculty of Music, world-renowned tenor Luciano Pavarotti came to the university to set up a scholarship in his name. Carl Morey with his wife Lorna Dalton Morey and their daughter Rachel during Christmas, 1970

Elliott said Morey had a dry sense of humour and was a fairly reserved person, but “he had a great gift for getting along with everybody.” Morey often gave big parties at his house on Palmerston Avenue, and invited everyone in the department to attend, Elliott said. “The social life of the Faculty of Music has never been richer than it was under Carl. He had a real gift for realizing the importance of social bonds to make academic institutions work to their highest capacity.”

There were often performances at the parties, and sometimes visiting scholars would give lectures at Morey’s house. “I remember Richard Crawford, the most eminent American music scholar, giving a lecture in Carl’s house with a packed audience. Every square foot of the house was occupied,” Elliott said.

Carl Reginald Morey was born in Toronto on July 14, 1934. His father was from Labrador and his mother from Toronto. He took music lessons and played piano from a young age, and initially aspired to be a conductor.

Morey was always interested in Canadian music, and he was a keen observer of the burgeoning scene in Toronto. In a 2013 article in the music journal Intersections, he wrote about the context of his youth: “I was lucky to live in Toronto in the early and mid-1950s; most of the great performers came to town, as indeed they had been doing since at least the middle of the nineteenth century; we had a good orchestra, although not much opera to speak of, a surprising amount of chamber music, and the CBC.” There was little music composed by Canadians, he noted, but that was starting to change with a surge in nationalistic feeling in the country and a dramatic boost in funding for the arts.

Morey went to McMurrich Public School and Oakwood Collegiate Institute, then did undergraduate studies at U of T and the Royal Conservatory of Music. He went to the United States for his PhD at Indiana University, where his dissertation was on the operas of baroque Italian composer Alessandro Scarlatti. In Indiana he met his wife, Lorna. She died in 1981.

Morey taught at Wayne State University in Detroit, then spent six years in the music department at the University of Windsor before moving to U of T in 1970. He spoke French fluently, and spent as much time as possible in Paris, including a sabbatical year. He lived in Italy for a time, while working on his PhD on Scarlatti.

Rachel Morey said her father’s interest in teaching undergraduates and the general public stemmed from a desire to draw people to the beauty of music. ”He enjoyed people who were coming to it fresh,” she said. “He enjoyed helping people become enthusiastic about the subject.” At heart he was a teacher, she said, and he wanted to impart his knowledge to others. Morey's focus on the history and development of the music scene in Toronto paralleled his own experience, Rachel said. “He grew up seeing the music become more world class here.”

He was not interested in most pop or jazz music, Rachel said, but he did love musicals, and that was an interest she shared with him. She and her father would go to performances of shows such as Guys and Dolls, 42nd Street or Cabaret in Toronto or New York. He also loved singers Tom Lehrer and Marlene Dietrich, she said.

Overall, “he loved the sound of the voice,” Rachel said, and that included performances by choruses and powerful individual singers, including Teresa Stratas, Maria Callas and Measha Brueggergosman.

After his retirement in 2000, Morey maintained his broad involvement in music, and his specific interest in Canadian talent. Just a few weeks before his death, he attended a Canadian opera.