Forests for the future: U of T researcher seeks to make trees more resilient amid a changing climate 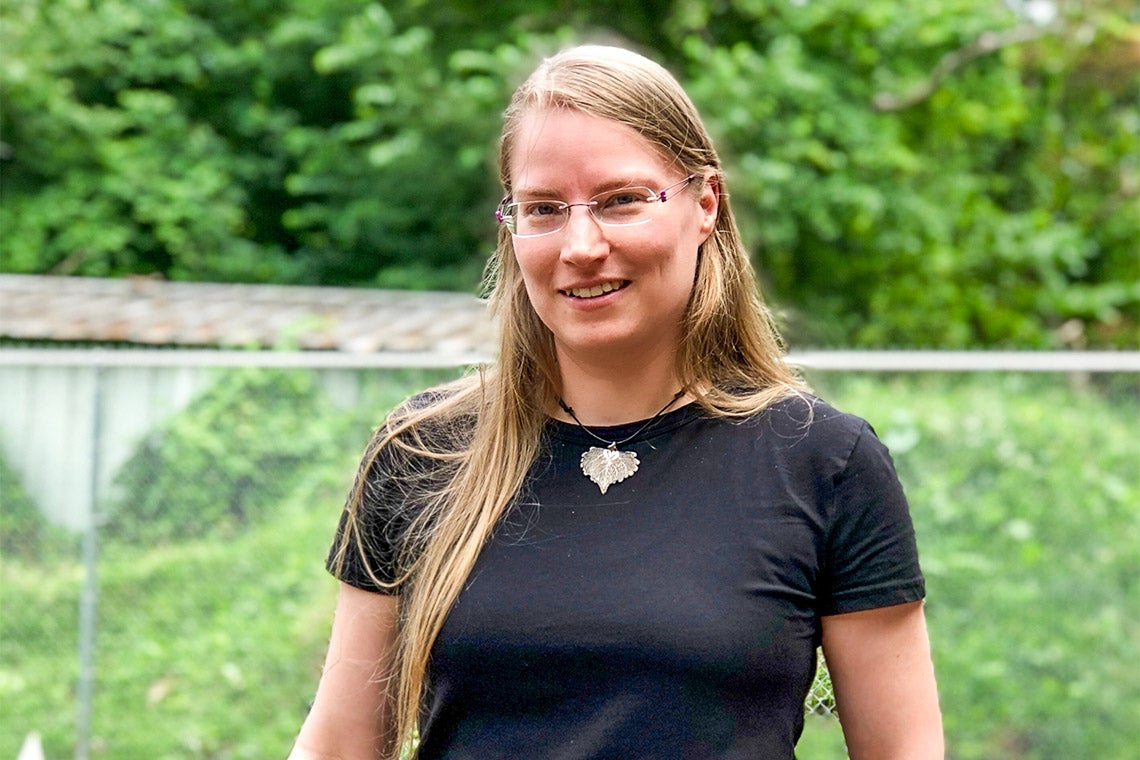 Katharina Braeutigam, a plant epigeneticist at the University of Toronto, is studying how trees respond to external signals such as drought in the hopes of finding individual genotypes that can be adapted to a changing climate (photo by Maeve Doyle)

Katharina Braeutigam, a plant epigeneticist at the University of Toronto, wants to grow trees fit for a future climate.

By studying plants at the molecular level, Braeutigam looks at how trees respond to external signals such as drought, and how they record “memories” of stress. She also researches how they respond to internal signals – specifically those that determine sex.

The hope is to find individual genotypes that can be adapted to a changing climate. That’s because a fast-changing environment may not allow trees – which themselves play a key role in driving the planet’s climate by buffering carbon dioxide levels through photosynthesis –  to reproduce quickly enough for standard natural selection to happen, leaving them to die in their own habitat.

“Unlike us, trees are not mobile,” says Braeutigam, an assistant professor in the department of biology at U of T Mississauga. “They are fixed in place for a very long time.

“It is important for them to acclimate within the moment, which for a plant is its lifetime, and to adapt within the evolutionary time scale.”

Braeutigam gives an example of a young poplar that experiences an unusually hot and dry summer – a heatwave combined with a drought. This affects the tree’s growth immediately. It may be smaller than its cousins that grew in wet and cooler years.

If this stress happens repeatedly, the tree might make a record alongside its genome. This record would give the tree the capacity to respond differently to environmental changes than others that had never experienced a heatwave. In a sense, this tree would have learned how to cope with the changes and may be able to pass that knowledge on to the next generation.

“Does it teach its children? This is a hotly debated topic in biology that we call transgenerational molecular memory. We know that this happens in short-lived plants,” says Brauetigam.

Katharina Braeutigam on the ‘memory’ of trees

Braeutigam’s work includes a focus on the balsam poplar, a dominant tree species in Canada.

“It’s a very typical tree for Canadian forests, even more so than the maple tree. It is more widespread,” she says.

Poplars grow for between five to 10 years before they flower, which is necessary to make the seeds that produce the next generation. But Braeutigam takes cuttings from her trees and propagates them under controlled conditions at U of T Mississauga’s research greenhouse before transplanting them outdoors. 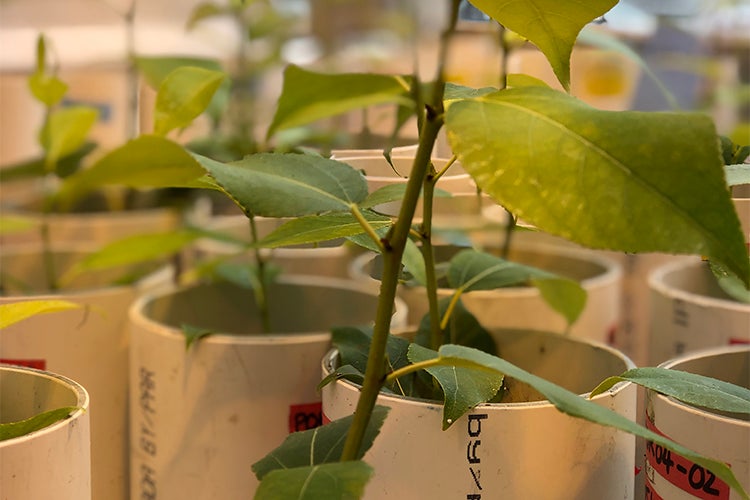 “We have seen that they can carry over epigenetic marks or ‘memories’ into a new plant. We have published some of this work and are continuing to work to understand how long the memory lasts, which specific positions in the genome are affected, if there are individual trees that do this more or better than others from the same population,” says Braeutigam.

“If the master regulator, the ‘switch,’ is turned on, a female tree is produced. Turned off, and a male is produced. Now we are working to understand exactly how this master switch works,” says Braeutigam.

“Understanding this can have implications for breeding.”

There is a wealth of information to be learned from how the same genome can be interpreted in many different contexts such as cell types, stress situations and different ages, Braeutigam says.

“It is important to study and understand and to harness the solutions that all these organisms have found to solve a certain problem.”