Forced conversation: U of T’s Simon Darnell on the impact of Naomi Osaka's French Open withdrawal 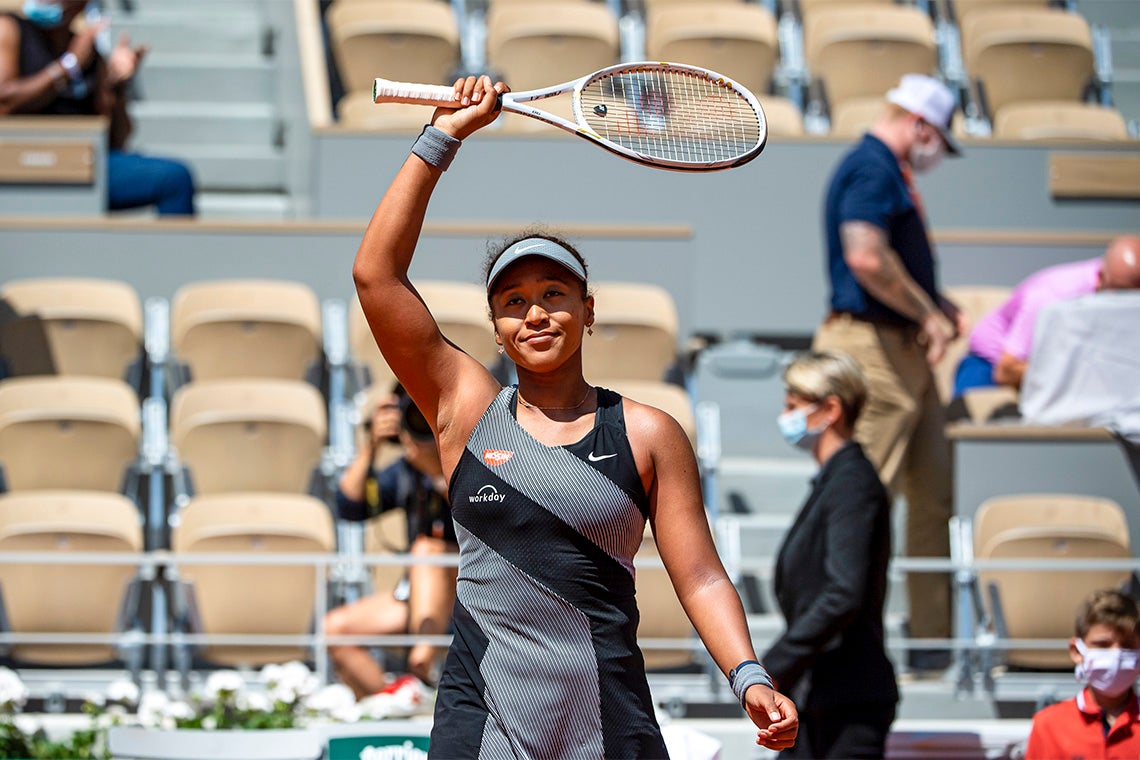 (Photo by TPN via Getty Images)

Tennis star Naomi Osaka’s decision to withdraw from the French Open sent shockwaves through the tennis world – and beyond.

The world’s second-ranked women’s tennis player made the announcement on her Instagram account, saying that she would be taking some time off the court.

Earlier in the week, Osaka announced she would not be participating in press conferences in order to protect her mental health. She was later fined US$15,000 by the organizers of Roland-Garros and threatened with expulsion from the tournament and other Grand Slam events if she did not speak to the media.

Simon Darnell, an associate professor in the University of Toronto’s Faculty of Kinesiology & Physical Education, studies social movements and activism in sport, as well as sport, celebrity and consumer culture.

He recently sat down with KPE’s Jelena Damjanovic to talk about Osaka’s decision to withdraw from one of the tour’s four major events and whether it could spark change in the sports and media landscape.

Do you think Osaka talking openly about her anxiety and depression may force the world of professional sport to reconsider some of the demands placed on the players?

I think we are getting to a place where there is at least some awareness of the mental health of elite athletes – particularly the stress that comes with being an elite, famous or even celebrity athlete.

For a time, the predominant understanding was about physical health only. If athletes’ bodies were healthy, then they were deemed “good to go.” The culture that rewarded playing through pain and injury didn’t make much space available to talk about mental health. But athletes are speaking up and speaking out about their mental health now, and encouraging or even forcing us to acknowledge the stress and anxiety they face. It’s a good thing that we are slowly coming to terms with this in the popular culture of sport.

Now, whether professional sports organizations and professional sports media are going to make genuine space for athletes to talk about their mental health and care for it remains to be seen. But Osaka taking this step will continue to force the conversation.

Initial reactions to Osaka’s decision to skip press conferences were mixed, even among fellow tennis players. How much do players “owe” the journalists/fans/tour organizers?

There is, of course, an objective truth in the claim that dealing with the media is simply part of the job for elite, professional athletes. Indeed, athletes’ media-driven images are part of the circuit of production that creates the money that helps to pay their salaries and winnings. So, athletes are definitely incentivized to engage with the media. But the question now is: Is it justifiable to put players through the so-called “media ringer” just so that the sports media complex can keep chugging along?

The incursion of media into our lives is stronger now than ever, so maybe the time has come to revisit the idea that athletes just have to “suck it up” when it comes to being open and available to all forms of media that want a piece of them.

The other part of the Osaka case is that she has been quite clear about her very personal discomfort and struggle with public speaking, with responding to the media and with being in the limelight. I think we, as fans and consumers, sometimes assume that athletes just know what to say and how to say it when they speak with the media. But many of them, like Osaka, clearly feel anxious about it.

I think we can cut them some slack, or at least approach their struggles with some compassion.

With 2.2 million Instagram followers and almost one million Twitter followers, how much does Osaka – and other star athletes like her – need to engage with the media?

I think social media has afforded all athletes, including Osaka, more control over how and when they tell their stories, and it has also reduced the extent to which athletes have to rely on traditional media outlets for distribution or as gatekeepers. But I don’t think the role of the corporate media in professional sports is going away anytime soon. Media companies are still a huge part of the promotional circuit that makes professional sports so lucrative. And part of the reason that broadcasting professional sports continues to be so popular and profitable is because of the marketing – and effectively the selling – of athletes to audiences. I don’t think social media is going to mean that athletes can escape that process entirely – at least not in the short term.

Colin Kaepernick’s career never quite recovered after he took a stand against police brutality, but Osaka, who has been very outspoken about her support for the Black Lives Matter movement, was endorsed by major brands. What changed and what powers has that afforded her?

Osaka is an interesting comparison to Kaepernick. Their images are so different, in terms of sport, race, gender, etc. My take is that, in the dominant culture, a tennis player like Osaka isn’t deemed as authoritative – and therefore not as threatening – as a Black, male quarterback like Kaepernick. But there is something else, too. Big brands likely see, as most people do, that peaceful activists who speak out on issues of justice and in support of oppressed people usually end up being seen favourably in the long term. In other words, history looks well upon them. The brands want to be on the right side of history here.

I think with her decision to pull out of the tournament, Osaka has touched a nerve by calling into question the sanctity and normativity of the relationship between professional sport, media and capital. The sports media complex has always been a successful money-making relationship, and so if athletes refuse to play along then it makes sense that owners of teams, leagues and media properties are going to be upset.

It’s hard to predict, but I think that perhaps there might need to be a re-evaluation of the cultural and professional expectations placed on athletes. And what goes along with that is a re-evaluation of what we, as fans and consumers, demand from athletes.

Hopefully, we have arrived at a place in our culture where poor mental health is not just something to be endured. And if media demands on athletes have become stressful to the point of creating anxiety, then maybe a new form of – or a new approach to – sports media is called for.