In Flanders Fields: why the iconic poem by U of T alumnus endures, 100 years later 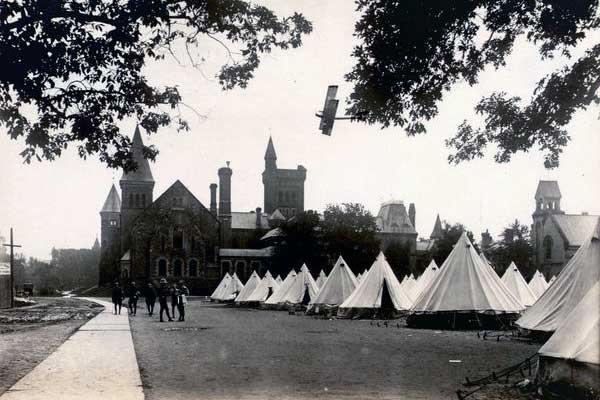 As Canadians commemorate Remembrance Day this year, many will reflect on the solemn beauty and eloquent simplicity of the iconic war poem, In Flanders Fields.

This is the 100th anniversary of the poem written by University of Toronto alumnus John McCrae, a Canadian doctor who was in the trenches during World War I.

Written by McCrae in 1915, a day after burying a close friend, the poem is now memorized by students all across Canada.

“People may not know Dr. McCrae was a frontline surgeon, and he was terribly oppressed by the slaughter going on around him,” said Professor Edward Shorter, an expert in the history of medicine.

“These young men would be brought back bloodied from the trenches, and he would have had to operate on them, amputate their limbs. He came from a Scottish Presbyterian background with a strong sense of duty, but he found this experience of frontline combat surgery emotionally exhausting.” 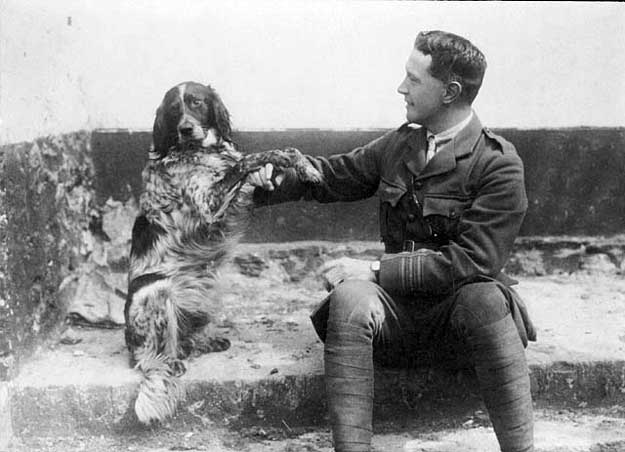 In Flanders Fields went on to inspire the remembrance poppy after American professor Moina Michael, moved by the first two lines of the poem, thought of using silk poppies as a symbol of remembrance for war veterans. In 1921 the American Legion Auxiliary adopted the poppy to remember war veterans.

But for many, it is the poem itself that has had staying power.

“It’s simple, it’s accessible, it rhymes,” said Professor George Elliott Clarke of the English department, who was Toronto’s fourth poet laureate. “It’s a great illusion to have a voice projecting from the grave: ‘We are the dead: Short days ago, We lived, felt dawn, saw sunset glow, Loved and were loved: and now we lie In Flanders fields!’ It’s a simple line, but you’re going to sit up and take notice. It’s actually quite profound because the dead call us to remember their deathless sacrifice.”

And of course, the poem opens a window into what it was like for soldiers fighting in the trenches.

“It’s a document that witnesses the absolute, incredible carnage of No Man’s Land that most Canadians would have encountered in service during the Great War,” Clarke said. “And McCrae’s poem is written with that sense of threat and peril, risk and danger.”

Professor Nick Mount of the English department said the fact that the poem was first published in the well-known British magazine, Punch, helped it gain a wider audience.

“We tend to notice our own when other countries, in particular then Britain and now increasingly the United States notice someone,” said Mount, who specializes in Canadian literature. “Many Canadians thought of WWI as the moment when Canada stepped up to the plate and answered Britain’s call and became a nation. The poem marks a very important moment in Canadian history, and Canadian mythology.”

(Below: a video tribute to In Flanders Fields read by University of Toronto drama students)

It could also be, Mount said, the poem’s rhyming stanzas that have allowed many Canadian students to commit it to memory, allowing it to remain popular over the years,

“It scans. It sounds nice. Those are the kinds of poems that we can memorize,” Mount said. “This is fun to memorize, and people like to say it out loud, and that’s just not true of a significant amount of modern poetry.” 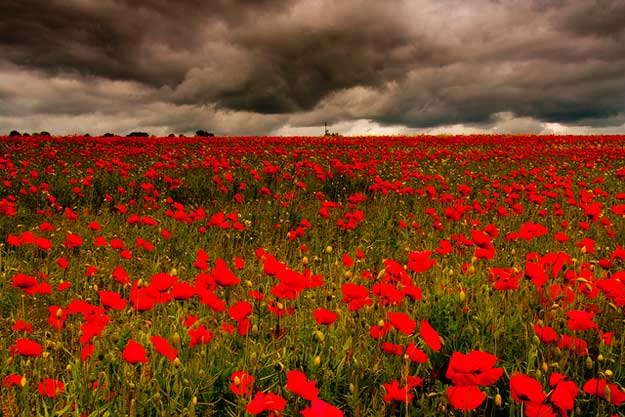