Fish living in extreme environments adapt ability to see: U of T research 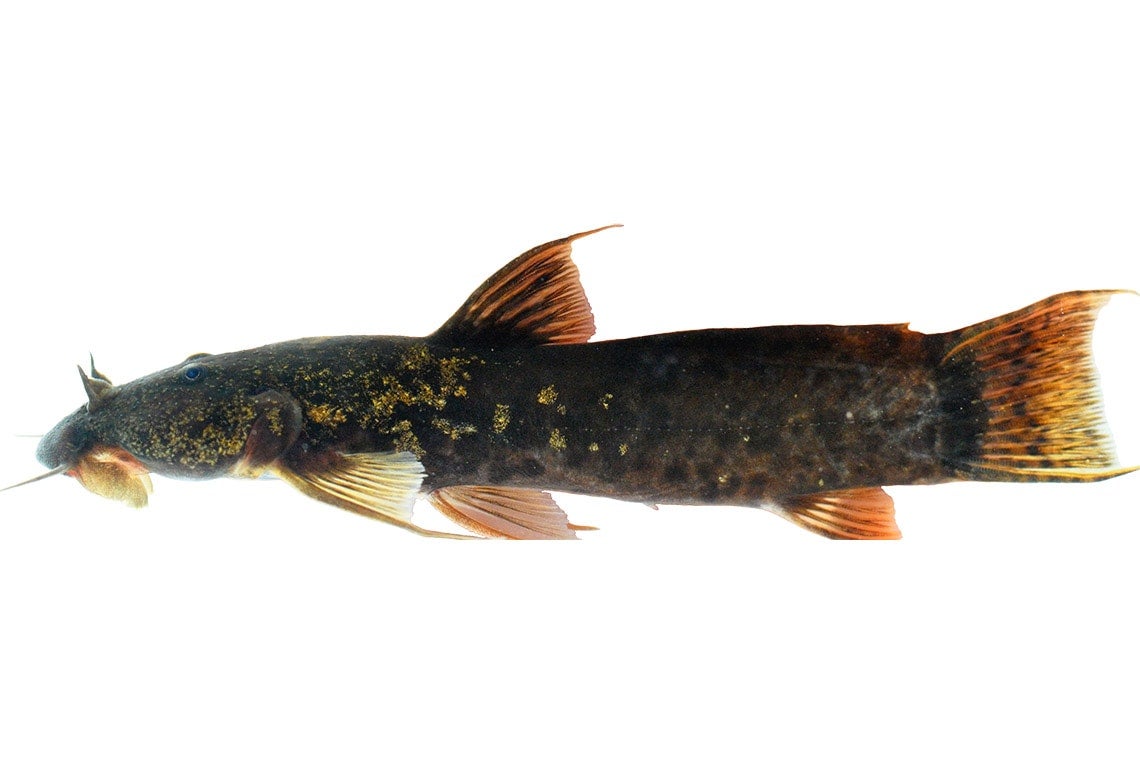 Cell biologists at the University of Toronto have discovered animals can adapt their ability to see even with extreme changes in temperature.

The researchers looked deeply into the eyes of catfish living in cold-water streams at altitudes of up to nearly three kilometres in the Andes Mountains to find out how. Their findings are published in Proceedings of the National Academy of Sciences.

Vision is initiated when several chemical proteins in the retina are activated. It is a key sensory system that enables organisms to adapt to their environment, like killer whales did to improve their ability to see underwater in predominantly blue-tinted light. Examining the impact of cold temperatures on the habitats of Andean catfishes, the team of researchers led by U of T evolutionary biologist Belinda Chang in the Faculty of Arts & Science studied the role of a protein known as rhodopsin that enables vision in dim light.

They found that rhodopsin serves another function as well: it accelerates the speed at which vision occurs among the fish living at the highest – and therefore coldest – elevations.

“When we think about adaptations to the visual system, light and colour are usually the first variables that come to mind,” said Chang, an associate professor in the departments of ecology & evolutionary biology and cell & systems biology at U of T. “These results add a new dimension to the question of how complex biological processes can adapt to extreme environments.”

Vision is critical for these nocturnal animals’ survival. In the high-altitude fishes, the rates at which the chemical reactions involving the protein occurred, changed. The kinetic rates sped up in order to compensate for decreases in ambient temperature.

The scientists explain that this discovery supports an established trend in metabolic enzymes, which also display accelerated kinetic rates in response to cold environments. In warm-blooded humans, the body must compensate for extreme cold by generating heat through increased metabolism and kinetic movements such as shivering.

“Cold temperatures slow the speed of biochemical reactions,” said lead author Gianni Castiglione, a former PhD student and current postdoctoral researcher on Chang’s research team. “We have known for decades that temperature impacts vision, yet we’ve never fully understood if or how evolution might have adjusted for this at the molecular level.”

The team’s hypothesis was that by following the fingerprints of evolution using computer models analyzing patterns in animal DNA, they could understand how cold adaptation might proceed in a complex sensory protein like rhodopsin.

“We found that natural selection was targeting two segments of the protein known to control kinetic rates. This suggests that evolution has exploited rhodopsin biochemistry as a way to modify its function at high altitudes,” said Castiglione.

To test this hypothesis, the researchers manipulated the DNA of several specimens of fish previously collected by Nathan Lujan in the department of biological science at U of T Scarborough.

They created mutations in the rhodopsin protein, swapping out amino acids present in specimens found at lower elevations, with the rare variants found within the high-altitude varieties. This was how they confirmed that the high-altitude mutations, while having only limited effects on the light- and colour-related functions of rhodopsin, significantly accelerated the kinetic properties of the protein that determine visual performance in cold-blooded animals.

“Essentially, we were investigating non-model organisms that are not typically studied by scientists, which can be a useful way to approach important questions in evolutionary biology,” says co-author and PhD candidate Frances Hauser. “Our results demonstrate that multiple environmental influences should be considered when studying the evolution of complex proteins”.

The importance of demonstrating this trend within rhodopsin is that the protein itself represents a massive family of other proteins with functions of similar importance throughout an animal’s body.

This group, known as G protein-coupled receptors (GPCRs), also forms one of the largest and most important drug targets in current treatments of human disease.  Therefore, the researchers' approach and findings may also contribute to a better understanding of how genetic mutations can cause human disease.

“What is especially interesting about this is that natural selection modified protein function by indirectly affecting structural regions that normally cause human disease when mutated,” said Chang. “Since high-altitude mutations are on the periphery of these regions, they were not immediately obvious targets of natural selection, and we needed to confirm their effects on protein function experimentally.

“Our interdisciplinary approach to protein science relies on clues from evolution to uncover novel aspects of protein structure and function – difficult to discover with conventional approaches.”

The research was supported in part by the Natural Sciences and Engineering Research Council of Canada.