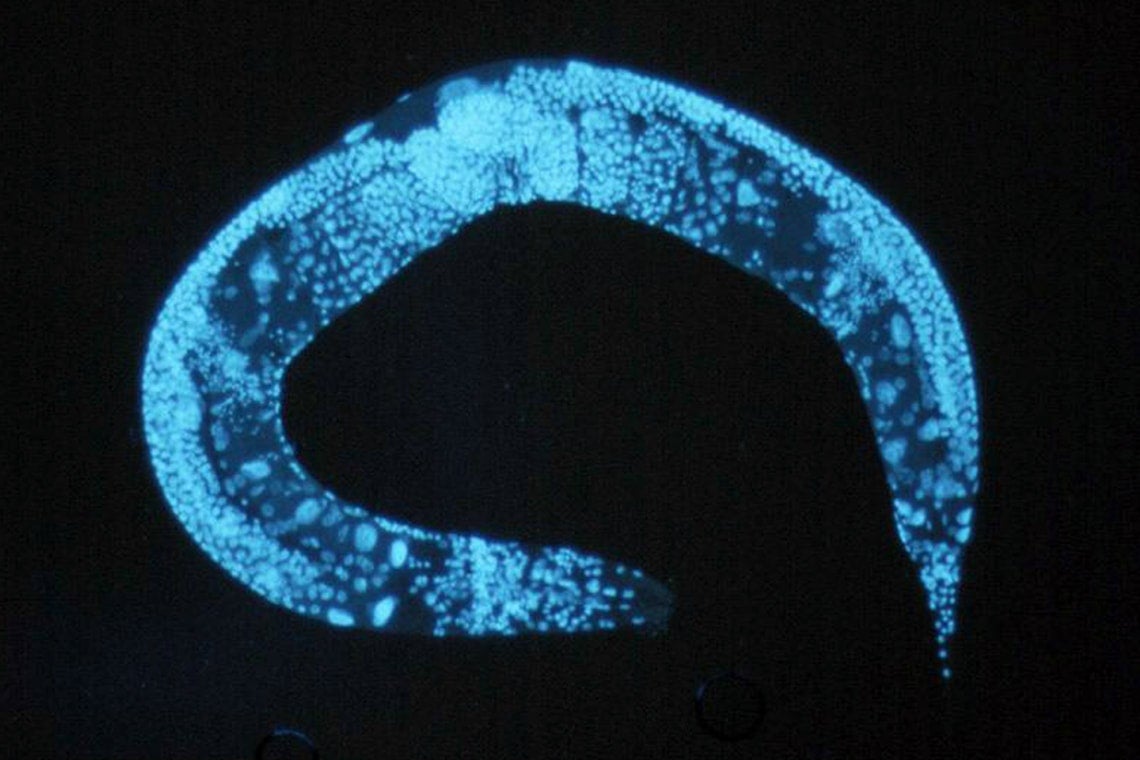 Andrew Fraser and Peter Roy lead research into identifying new drugs that can fight parasites infecting the gut, lungs and livers of two billion people globally – many of whom live in poor and marginalized communities.

The researchers, who are both professors in the department of molecular genetics, work with pharmaceutical companies to identify promising drugs.

“Drugs already exist for some parasite infections, but resistance is always evolving – we need new ways to attack these complex creatures,” says Fraser, who signed a deal last month to work with Janssen, a branch of the pharmaceutical giant Johnson & Johnson.

“The best anthelmintic drug today, ivermectin, was developed in the 1970s as a partnership between an academic lab and a major pharmaceutical company. It’s a great cooperative model to help solve these huge global health problems.”

Roy says there is also a potential for the agriculture industry to play a role in developing new treatments.

“Most of the meat we eat has been treated with anthelmintics, drugs that kill parasitic worms,” says Roy. “If novel anthelmintics are shown to be useful for cows and sheep, then they might become therapies for humans.”

As their main research tool, the professors rely on a harmless type of worm widely used in labs called C. elegans. Unlike parasites, which cycle between living inside the body and outside, lab worms grow on a dish and are easy to work with.

But to mimic what is taking place in the body – many parasites live in places within the body with little oxygen – U of T PhD students Samantha Del Borrello and Margot Lautens found a way to trick the worm, C. elegans, which needs oxygen to survive, into behaving like a parasite.

“The way worms survive in low oxygen is extremely unusual, humans don’t use this process at all. That’s the key. It means that if we can target this unusual metabolic pathway, we should be able to kill the worms without having any impact on the human host,” says Fraser.

In Del Borrello's case, family history led her to researching parasites. Her grandmother's childhood in 1940s rural Italy was plagued by intestinal worms that ravaged her health to the point doctors thought she would die.

“It is crazy to think that I may not be here because of a parasite, and now here I am working on preventing the parasites from hurting people,” says Del Borrello.

Using a different strategy, Roy’s team has already uncovered a treasure trove of potential anti-parasitic compounds. Two years ago, postdoctoral researcher Andrew Burns was part of a team that uncovered 275 chemical compounds that killed C. elegans. These worm active compounds, dubbed wactives, were then tested on fish and human cells to identify which ones could potentially harm the host.

That team is now teasing apart how wactives work. A new study in PLOS Neglected Tropical Diseases describes how a compound called wact-86 works by blocking an important enzyme in the worm. The next step is to explore whether wactives can clear parasitic infections in larger animals.

Another potential avenue is to work with a pharmaceutical company from the start. To do this, Fraser is working with BIO Ventures for Global Health (BVGH), a Seattle-based non-profit that boosts research in neglected tropical diseases through partnerships between academic labs and the pharmaceutical industry. The organization, among other roles, helps academia and industry share reagents, says Ujwal Sheth, associate director at BVGH.

Last month, Fraser signed a deal with Janssen, granting his team rights to the company’s drug collection – a potential chemical gold mine with 80,000 diverse compounds. If they find a medicinally promising compound, Janssen could decide take it on, said Sheth. Or, the BVGH could help connect Fraser with other partners with capacity to develop new medicines, she added.